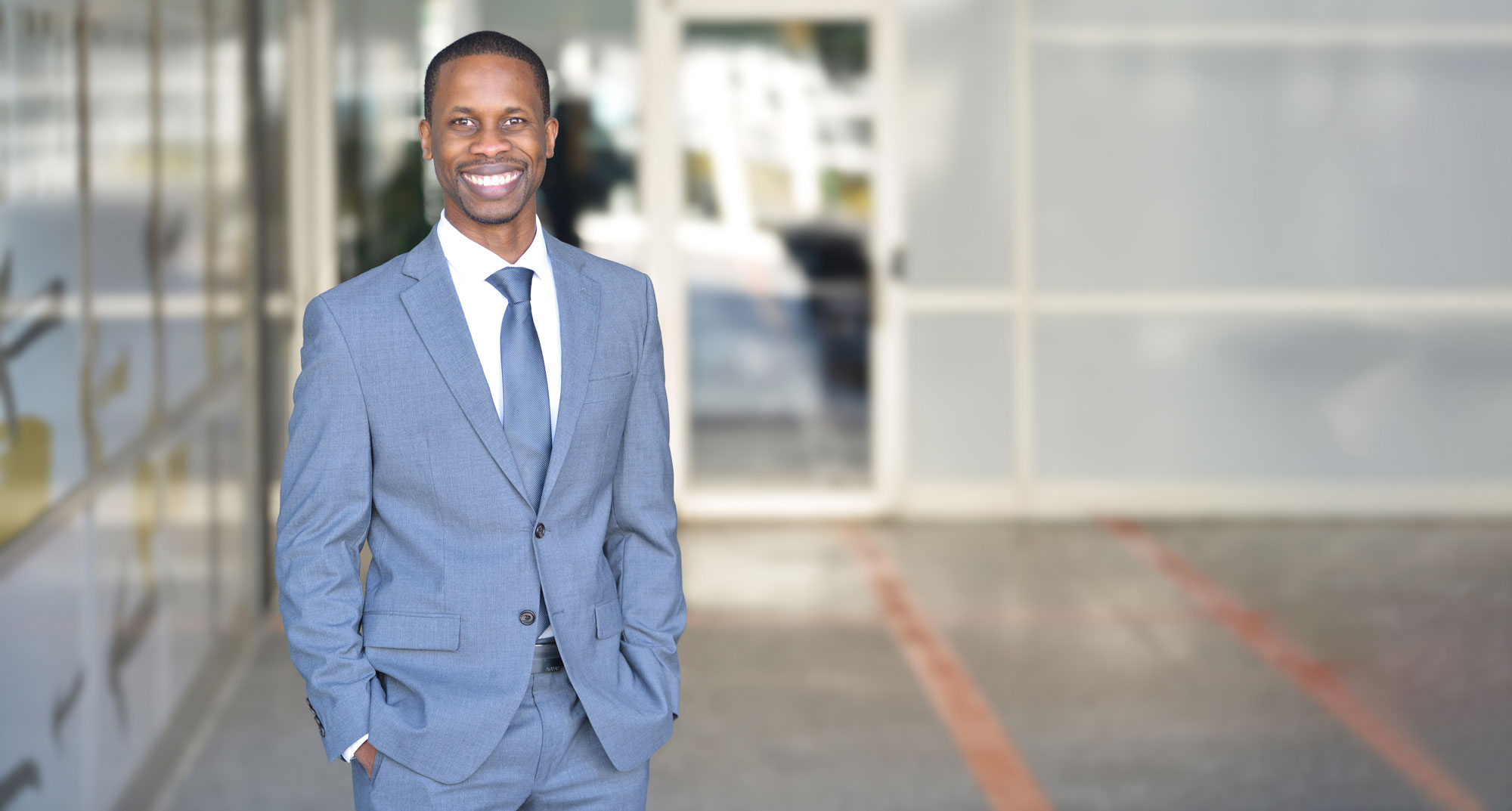 Courtney JnBaptiste PhD ’16 spent the first 19 years of his life on the idyllic Caribbean island of Saint Lucia, surrounded by clear waters, sandy beaches, and a robust agricultural community. His family owned their own farm, where they grew bananas and other crops for export. JnBaptiste and his six siblings spent hours each day after school and on the weekends helping to harvest the fruits of their labor. “We were better off than most, but it was a hard existence,” he says. “I had to fight to make something out of life. Where I am today is a big leap.”

He has since moved to the U.S. and completed his PhD at the MIT Department of Biology. Today, he uses the strategic thinking skills he learned during graduate school in his job as a patent agent, helping researchers protect their inventions and start biotech companies.

Despite his exceptional grades, JnBaptiste didn’t enjoy school growing up, and he’d often try to convince his parents that he didn’t need to go to class. His mother, a middle school teacher, was unfazed by his excuses and sent him off to school most days. Despite his protests, JnBaptiste understood his mother’s motto that “education is the key to success.” He knew he’d need good academic standing and self-motivation to attain the financially-stable life he envisioned.

During high school, cable TV became available to his community for the first time, and he was overwhelmed by the deluge of information. He became hooked on Animal Planet and Discovery Channel, and decided that he wanted to be like Jeff Corwin, a biologist, wildlife conservationist, and TV personality. JnBaptiste knew he’d need a college education to reach his career aspirations, and — due to its proximity and promise of opportunity — the U.S. seemed like an ideal destination.

He was accepted to Bethune-Cookman University in Florida and declared a major in biology. He was awarded an environmental research grant, which allowed him to spend several semesters studying the snail populations in Blue Spring State Park. But a summer internship at the University of Kansas Medical Center was what ultimately convinced him to pursue molecular biology rather than environmental sciences. During his junior year, a new biochemistry professor arrived: Christopher Ainsley Davis, a former postdoc in the lab of Cathy Drennan at the MIT Department of Biology.

“When the two of us spoke, he said something that shocked me,” JnBaptiste recalls. “He told me, ‘You’re good enough for MIT and you should apply to their summer research program.’ That just blew my mind. I never thought I was of the MIT caliber — no one had ever challenged me like that before.”

At Davis’ urging, JnBaptiste applied to the MIT Summer Research Program in Biology (MSRP-Bio), and was placed in the lab of Nobel laureate Phil Sharp. In the 1970s, Sharp had co-discovered splicing, a molecular process that happens after DNA has been transcribed into RNA. Segments of the RNA strand are removed, and the remaining parts are stitched back together and translated into proteins that perform vital functions inside the cell.

Under the supervision of graduate student and postdoc mentors, JnBaptiste spent the summer of 2009 investigating the role that RNA splicing plays in cancer. “It was the best time of my life,” he says. “I just I loved it. I loved the environment. I loved the lab. I loved MIT. And that experience had a profound impact on me.”

He enjoyed campus so much that he returned just one year later to begin his PhD. He was looking forward to returning to the lab bench, but what he didn’t anticipate was that his first semester of classes would be the most rigorous education he’d ever received. He excelled in biochemistry, but found 7.52 (Graduate Genetics) especially difficult. “It was the first time I’d ever failed an exam,” he recalls.

With the help of mentors, classmates, and tutors, JnBaptiste passed genetics and moved on to the stage of his PhD that he was most excited about: lab rotations. After testing out a few different research groups, he ultimately decided to return to the Sharp lab. In his own words: “It was home.”

JnBaptiste’s thesis project focused on a type of RNA known as microRNA (miRNA), which is never translated into a protein. Instead, it remains in its single-stranded RNA form and helps regulate gene expression. The Sharp lab found that removing all the miRNAs from adult cells prompted dramatic activation of embryonic genes. These genes are typically turned off in adult cells, and only expressed during early development when rapid cell division is required. But they can also be hijacked during cancer to create tumors.

JnBaptiste was surprised to find that adding the miRNAs back into the cells didn’t shut down these embryonic genes. In fact, restoring the miRNAs made the cells divide even more rapidly and increased their ability to form tumors — suggesting “global miRNA restoration” would not be a viable approach to treat cancer.

“This model that we developed showed miRNAs control a very important network in the context of both development and cancer,” JnBaptiste explains. “Cancer occurs when normal cellular processes go awry, so understanding those fundamental molecular interactions is critical to fighting the disease.”

By the time he graduated from MIT in 2016, JnBaptiste knew he enjoyed science, but didn’t have ambitions to run his own lab. Instead, he was curious about how lab experiments and research questions engender companies.

When he was still an MSRP-Bio student, JnBaptiste had met an intellectual property lawyer who’d come to speak on campus. He’d been saving her business card ever since, and reached out to her as his time at MIT was drawing to a close. With her assistance, JnBaptiste was offered a job as a scientific advisor at Goodwin Procter, the international law firm where she worked.

JnBaptiste has since transitioned to a similar role as a patent agent at Pabst Patent Group. There, he collaborates with lawyers to write patents protecting new research technology. While scientists are focused on the minutia of their day-to-day lab experiments, JnBaptiste is tasked with understanding the bigger picture, and how those experiments might lay the foundation for successful businesses that could revolutionize therapeutic approaches.

“As a grad student at MIT, I learned a lot about what it takes to be a strategic thinker in science,” JnBaptiste says. “People like my mentor, Phil Sharp, not only recognize a discovery, they look beyond it to envision its future potential as the next biotech company. That’s a skill I’m still honing as I work to develop my business acumen.”

Looking back at his career trajectory thus far, JnBaptiste is struck by the “beauty and diversity” that comes with earning a degree in biology. “Follow your passions,” he advises, “and surround yourself with people who can see the potential and value in you — even when you cannot yet see it yourself.”