From DNA forensics to cancer metabolism 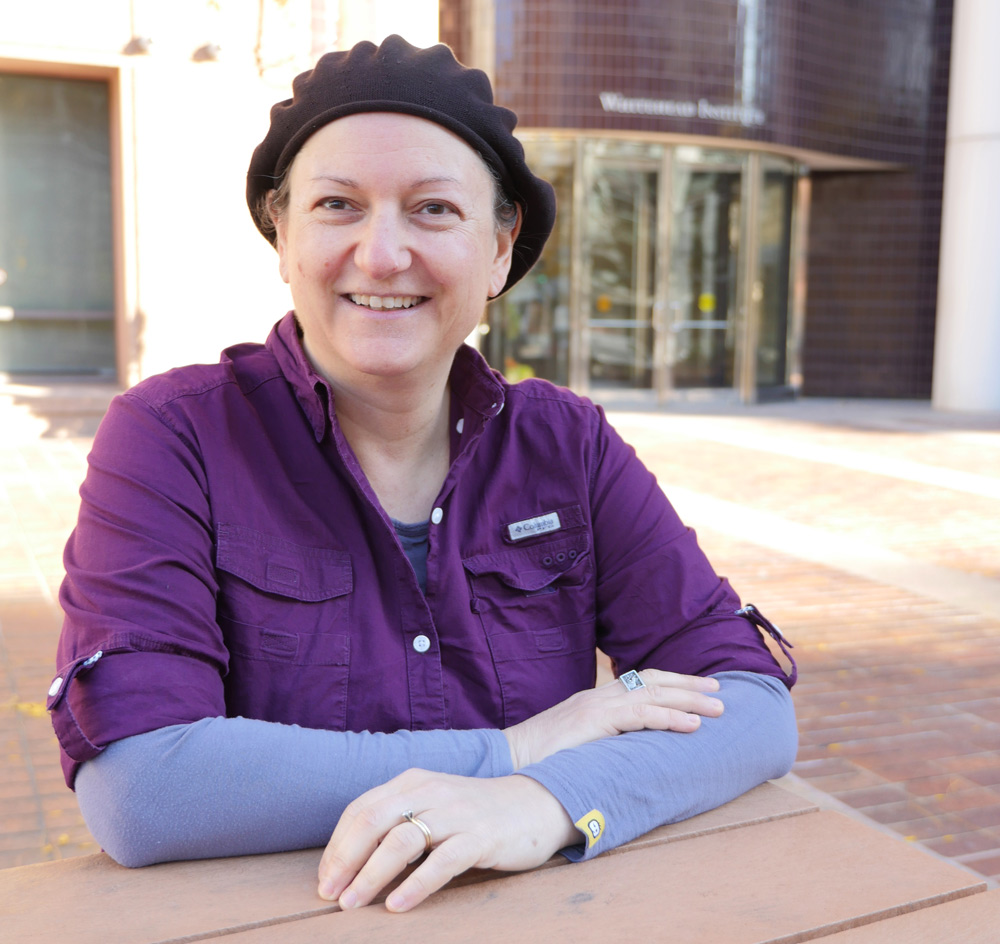 Carolyn Lanzkron discovered bench science while attending community college with her son, and followed her newfound passion to MIT.

Carolyn Lanzkron spent 20 years as a stay-at-home mother raising five children before starting at MIT. Life has taught her patience, which she, in turn, has tried to pass on to her kids: “A successful person falls down many times and gets up — just pick a direction and move forward.”

Those were the same words she told her teenage son back in 2011 when she encouraged him to attend community college.

“I figured I would just take a few courses with him,” she says. “He enjoyed his chemistry classes, so I was looking at the chemistry offerings, and on the wall there was a poster for Dr. Bruce Jackson’s unique Forensic DNA Science program.” Lanzkron was intrigued, and decided to enroll.

The students aided Jackson with real cases, and were given dedicated lab space and materials to follow their curiosities, as well as design their own inquiries. The program was based on a peer-mentoring model, and Lanzkron was appointed chief of peer mentors and forensic case manager. Under Jackson’s tutelage, she worked on lineage cases tracing ancestry and criminal cases for defense and prosecution.

“I was hoping my son would join me in a chemistry class, but he wasn’t so interested in having his mom as a lab partner — go figure,” she says. “But we carpooled to school together for a year, and by that time I’d developed a love for bench science.”

After two years, Lanzkron had completed her degree, but it wasn’t enough. So she applied to several institutions within her carpool radius, including MIT. Like all transfers here, she began as a sophomore.

“I love bench science because I really appreciate the combination of being part of a team and solving a big, important question, but at the same time having tasks in my day that allow me to focus on small details — like keeping track of the labels on my tubes,” she says. “That balance works really well for me; it satisfies my need for a quest while still having control over a small environment.”

She’s turned her attention from DNA forensics to cancer metabolism, an interest which has become far more personal over the past year. Last spring, Lanzkron’s mother was diagnosed with lung cancer, and Lanzkron took a leave of absence to care for her.

“Right now, my mother is doing really well, and we are enjoying a window of stability,” Lanzkron says, “which has allowed me to come back to MIT and finish my degree.”

Although Lanzkron is not currently in a lab, lest that period of stability suddenly end, she’s worked in several over the course of her three years at MIT. She began in Jean Francois Hamel’s chemical engineering lab, adapting an adherent cell line to grow in a suspension-like culture in various bioreactors using microcarriers.

Chen was hard at work developing a new method for profiling undamaged mitochondria, while Shaul had discovered a unique set of 44 metabolic genes that were upregulated in certain cancers that expressed mesenchymal markers (which he called the “Mesenchymal Metabolic Signature,” or “MMS”), indicating that those cells were acquiring cancerous characteristics. Lanzkron collaborated with Shaul as he worked to further characterize the metabolic requirements and behavior of the MMS. She also helped him refine his web-based gene analysis tool, Metabolic gEne RApid Visualizer (MERAV), which queries a database comprising ∼4,400 microarrays, representing human gene expression in normal tissues, cancer cell lines, and primary tumors.

The summer after Shaul completed his postdoctoral training, Lanzkron interned in his lab in at the Hebrew University of Jerusalem at Hadassah Ein Kerem through the MISTI/Israel program, to continue working with him on these projects.

“When I went to Israel, my husband stayed in Boston and took care of the kids,” she recalls. “Without family responsibilities, I could work in lab around the clock, and that was great. I was actually able to finish things up, prepare them for the next day, and cover for other people and really focus; I look forward to being able to do that again as the kids get older.”

Lanzkron admits these aren’t the only aspects of the MIT undergraduate experience she’s missed — not just because she lives off campus and can’t meet at odd hours of the night to collaborate on problem sets — but also because she’s a generation and a half older than her classmates.

But in some ways she considers this an advantage. For instance, she now has the tools to guide her own children through today’s college process.

“I no longer have this outdated view of what it’s like to apply to schools and navigate the SAT,” she says. “Granted, MIT is not your average school. It’s been quite the ride to be at the community college where I had to bring my own masking tape to complete the gel trays because we didn’t have any sealing rings — I didn’t even know there was such a thing as a seal back then. And to go from that to the MIT Department of Biology and the Whitehead Institute where the resources are phenomenal, it’s just mind blowing. I have learned so much from both situations — having to make do, and having an abundance of resources.”

While Lanzkron intends to graduate this spring, her future plans depend on her mother’s health.

“I picked my classes this semester so that I could take her to her cancer treatment,” Lanzkron says, “so, though I’m ultimately planning to go to graduate school, right now things are still in flux.”

While maintaining this school-family balance would be inconceivable for most, Lanzkron takes her personal and academic responsibilities in stride.

“Honestly I’m so happy here at MIT,” she says. “I tell my kids, ‘Don’t get too worked up about the college process. You’ll get where you need to go — the starting point almost doesn’t matter; what matters is what you do when you get there.’”