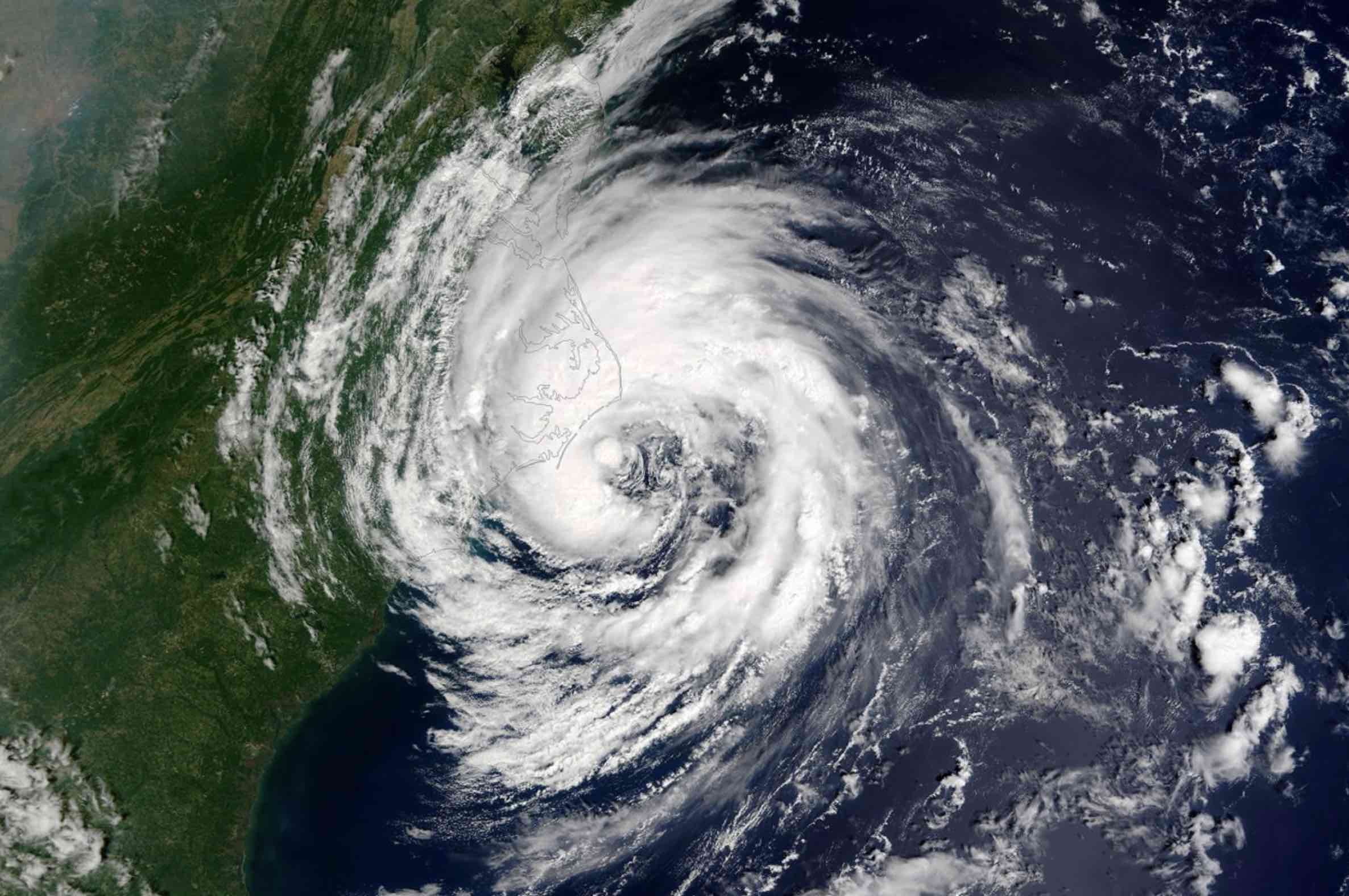 Across the Institute, work is underway to understand and address Earth’s changing climate and to mitigate the impacts of these changes on human populations. Spectrum asked three MIT faculty members who have engaged deeply with this work to provide insight into the challenges that lie ahead and suggest paths forward.

Sallie (Penny) Chisholm is an Institute Professor with a joint appointment in the Department of Civil and Environmental Engineering and the Department of Biology. Her award-winning research explores the biology, ecology, and evolution of marine phytoplankton, photosynthetic microbes that shape aquatic ecosystems.

Kerry A. Emanuel ’76, PhD ’78 is the Cecil and Ida Green Professor of Atmospheric Science in the Department of Earth, Atmospheric and Planetary Sciences (EAPS), and co-director of the Lorenz Center at MIT, an advanced climate research center. A prominent meteorologist and climate scientist, Emanuel is best known for his research on hurricanes and atmospheric convection.

Susan Solomon is the Lee and Geraldine Martin Professor of Environmental Studies in EAPS and a professor of chemistry. Solomon, who researches interactions between chemistry and climate, is renowned for her work advancing the understanding of the global ozone layer.

What are the biggest scientific challenges we face in addressing climate change?

SOLOMON: One of the biggest scientific challenges is understanding how much and how fast biological processes will be affected by a warmer world. For example, we need to better understand the drivers of wildfires in the North American West, the roles of ocean acidification and warming in damaging marine life, and how climate change will affect the spread of diseases. The coupling between biology and the physical and chemical system is well recognized as important, but a lot more needs to be done. Another key challenge is better understanding extreme events, because neither humans nor ecosystems have sufficient ability to deal with them.

EMANUEL: In my view, the greatest scientific challenge we face is quantifying the risks of climate change. We spend too much time calculating and talking about global mean temperature and sea level when in fact the most serious problems are bound to arise from extreme events, such as storms, droughts, and wildfires. There is much evidence that the risk of such events, which are also the main source of insurance payouts involving naturally occurring phenomena, has already evolved well beyond historical levels, rendering obsolete the financial basis of the global insurance and reinsurance markets. It is absolutely essential that science help the world come to grips with current levels of natural hazard risk and with how such risks are likely to evolve.

CHISHOLM: It appears to me that the biggest immediate challenge is in the social sciences. Broadly speaking, natural scientists know what causes global warming and what is needed to curb it. But until the public at large accepts that anthropogenic climate change is real and the consequences dramatic, it will be impossible to implement solutions.

How do we rise to this challenge and get the public to feel the urgency? I am reminded of the popularized wisdom of Baba Dioum, a Senegalese forester: “In the end, we will conserve only what we love; we will love only what we understand; and we will understand only what we are taught.” I too like to think that if people understood how our planet functions as a living system and how the climate system is embedded in that system, it would help move the needle.

Kerry Emanuel has produced a compelling climate primer, for example, that beautifully displays the essence of what one must understand to fully appreciate the climate challenge. I am so impressed by it that I have put a link to it in my email signature line. For my part, I have coauthored a series of children’s picture books—The Sunlight Series—that describe how our planet functions as a living system and the role of fossil fuels and climate in that system. These efforts are just drops in a bucket. What is needed is a global educational movement to bring Earth system science to the forefront.

What are you working on that gives you hope for the future?

EMANUEL: I have been working on a method for downscaling tropical cyclones from climate models in a way that allows one easily to generate hundreds of thousands of storms in a given climate. The important step was applying a rigorous understanding of tropical cyclone physics to the problem so as to achieve maximum computational speed with minimum loss of fidelity. This could not have been accomplished by machine learning. My work has already been applied by the nonprofit First Street Foundation to estimate flood risk, including from tropical cyclones, for every single piece of private property in the United States. Flood-risk estimates resulting from this work are communicated to current and prospective property owners through websites such as those used to shop for real estate.

By bringing quantitative measures of climate risk right down to the level of our homes, this work promises to make people much more aware of their current climate risk and how it is evolving over time. My hope is that this work will make the impact of climate change personal, and citizens will agitate for action.

What makes me hopeful is that the governments of the world are taking notice of these issues, in part because they’ve been so successful at dealing with these chemicals in the past. For example, concerns about damage to the stratospheric ozone layer that shields all life on Earth from damaging ultraviolet light from the sun led to the 1987 Montreal Protocol, a globally agreed-upon phaseout of the production of the worst ozone-damaging gases. There is evidence that the ozone layer is slowly starting to heal so that is a tremendous success story. Today, there is much more policy attention on what could be done to curb emissions and address global warming, so I’m optimistic that we can make improvements.

CHISHOLM: My lab does not work on climate science directly. We study marine phytoplankton, photosynthetic microbes at the base of  aquatic food webs. Like plants on land, they use solar energy to draw CO2 out of the atmosphere and fix it into the organic carbon, feeding the rest of life in the sea. This so-called “invisible pasture” is responsible for nearly half of the annual flow of CO2 from the atmosphere into the global biosphere. More importantly, the planktonic food web functions as a “biological pump,” securing an enormous cache of CO2 in the deep sea. Like so many other biospheric processes, this “ecosystem service” is something we take for granted. But if the oceans were not alive—if the pump did not function—CO2 concentrations in the atmosphere would be dramatically higher.

But you asked what gives me hope. The short answer is: the wisdom and commitment of the younger generation to fight for their future. I can see a passion and commitment for change in young people that has been lacking for a few generations. Because my lab works on photosynthesis and I have written some children’s books about it, I frequently get emails from K–12 students looking for answers.

Recently, a 14-year-old wrote to ask, “What’s stopping us from mass adoption of  ‘CO2 bioreactors’ to offset carbon emissions? Cost? Efficiency? Another factor?” That a 14-year-old is thinking along these lines is just one small example of things that give me hope.

What role do you think MIT and other research universities have to play in addressing climate change?

SOLOMON: MIT and other research universities have fantastic potential to help move the needle. For one thing, we have relevant experts in the physics, chemistry, and biology related to climate change under one roof. We also have key experts in the engineering and policy aspects of climate change. In short, we have all the research expertise needed to make progress. The problem is that it’s tough to get funding for interdisciplinary work via the traditional national funding mechanisms. Fortunately, that’s slowly changing.

EMANUEL: Universities can play a crucial role in bringing the dangers of climate change right to the front doors of ordinary people by catalyzing a revolution in the risk-modeling industry. We need to produce a new stream of talent that has a deep understanding of the physics of weather hazards; of numerical modeling; and of risk, risk-affected industries and government entities, and the risk-modeling industry. Such talent could then be employed to bring physical modeling to bear on weather hazard risk assessment. At the moment, almost all global risk modeling is done by just two firms and is extrapolated from historical records that are grossly insufficient for estimating long-term risk.

Fortunately, the insurance and reinsurance industries are rapidly coming to understand the woeful state of risk modeling and are eager to catalyze change. They are ready and willing to help fund positions in universities (e.g., postdoctoral research positions) that would produce the stream of new talent that’s badly needed to revolutionize the way we quantify and respond to climate risks.

CHISHOLM: Climate change, as well as most of the environmental challenges we face today, has emerged because we have accelerated dramatically the natural flows of energy and materials through the biosphere. The weight of human-made components on Earth now equals that of natural components, and we have appropriated roughly one-quarter of the Earth’s net plant production—the foundation of life for all other species. How has this human footprint changed the way the planet functions, and how will it change it as we move forward in the Anthropocene? And what about the unintended consequences of potential climate intervention through geoengineering? Clearly, we have a planet that is shifting dramatically from its natural self-assembling trajectory. There is little hope of making rational plans for our future until we begin to study the biosphere—and all the functions it mediates—with the same intensity as we study human biology.

So, what role should MIT play? Our late colleague Henry Kendall, a Nobel Laureate in Physics, once advised me to “never make small plans,” so here is my wish for MIT: Lead the equivalent of a Manhattan Project for the development of renewable energy and CO2-removal technologies. Create a College of Biocomplexity to consolidate and greatly expand the environmental research and education that is scattered throughout the Institute. Ensure that all new campus construction is a showcase for energy efficiency and the use of sustainable materials. Finally, advance economic frameworks that assign value to ecosystem services in the world economy. As one of the premier education and research institutions in the world, we should be leading the way.