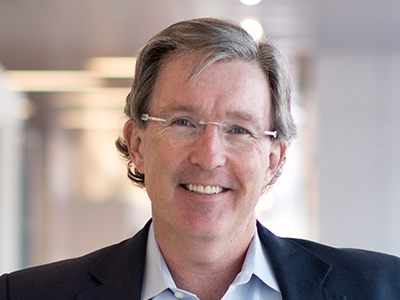 Jacks is director of the David H. Koch Institute for Integrative Cancer Research at the Massachusetts Institute of Technology (MIT), co-director of the Ludwig Center at MIT, and a Howard Hughes Medical Institute Investigator. He is being recognized for transforming cancer research and the development of therapeutic treatments through his remarkable advancement of genetically engineered mouse models and for his seminal discoveries related to oncogenes, tumor suppressor genes, cell death, and immune system regulation of tumor progression.

“Dr. Jacks is a highly esteemed cancer scientist, and we are delighted to recognize his exceptional body of innovative work,” said Margaret Foti, PhD, MD (hc), chief executive officer of the AACR. “His groundbreaking research has provided deep insights into cancer initiation and progression and has led to the identification of promising new treatments for cancer patients worldwide. He is revered for his tremendous research achievements as well as for his commitment to collaborative research across the world.  He is richly deserving of this prestigious accolade, which honors the life and work of Princess Takamatsu.”

The AACR Princess Takamatsu Memorial Lectureship is awarded to a scientist whose novel and significant fundamental scientific work has had or may have a far-reaching impact on the detection, diagnosis, treatment, or prevention of cancer, and who embodies the dedication of the Princess to outstanding cancer research and advances that emanate from multinational collaborations. Her Imperial Highness Princess Kikuko Takamatsu was personally instrumental in promoting progress against cancer.  She became a champion of these causes following her mother’s death from bowel cancer in 1933 at the young age of 43.

Jacks is a world-renowned researcher whose career has focused on understanding the genetic events that drive the development of cancer by applying the most advanced techniques of genetic engineering to develop mouse models of disease. He and researchers in his laboratory have engineered mice to carry mutations in many genes known to be involved in human cancer, including tumor suppressor genes such as Rb; oncogenes such as K-Ras; and genes involved in oxidative stress, DNA damage and repair, and epigenetic control of gene expression. These preclinical models have since enabled researchers to further investigate the fundamental initiation and progression mechanisms of colon, lung, pancreatic, and ovarian cancers as well as astrocytomas, peripheral nervous system tumors, retinoblastoma, and soft tissue sarcomas. Furthermore, these mice have been used as essential tools for the testing of novel approaches to cancer prevention, early detection, interception, and treatment. Recently, Jacks has used new genetic engineering techniques to study additional cancer processes, including metastasis and tumor-immune cell interactions.

Jacks received his undergraduate degree in Biology from Harvard University and completed his doctorate in Biochemistry under the tutelage of Nobel Laureate Harold Varmus at the University of California, San Francisco.