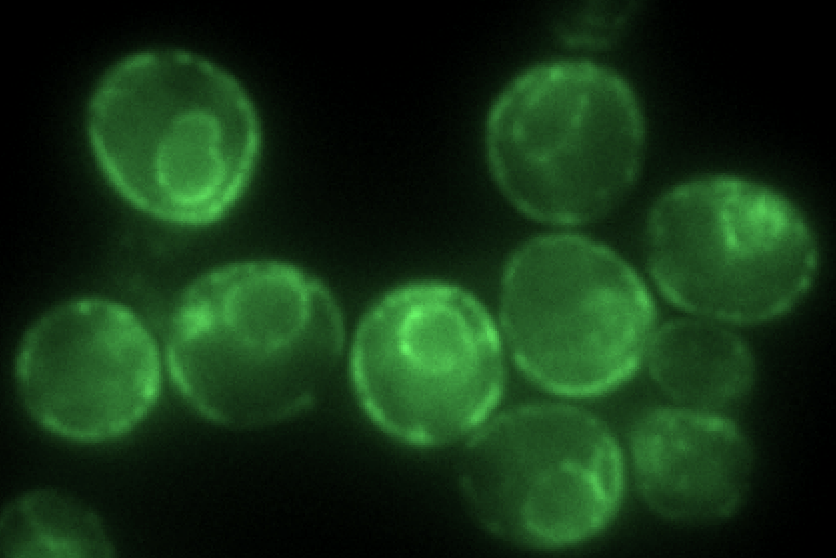 Whitehead Institute study in yeast illuminates the role of a molecular de-clogger in disease biology.

Nearly half a billion people worldwide live with type 2 diabetes. Yet despite the disease’s sizeable and increasing impact, its precise causes remain murky. Current scientific thinking points to two key processes: insulin resistance, wherein cells develop ways of tuning out insulin’s signals, and the breakdown of beta cells, the specialized cells in the pancreas that produce insulin. The molecular bases for these activities, however, are largely unknown.

Now, a team of researchers based at Whitehead Institute is casting new light on the theory that abnormal protein deposits — similar to ones that emerge in neurodegenerative disorders such as Alzheimer’s disease — accumulate in and around beta cells and derail their normal function. The team’s findings, which appear in today’s advance online edition of the journal Cell, illuminate the function of a key protein, called Ste24, which unclogs the cellular machinery that helps shuttle proteins into compartments within the cell. The researchers believe that this unclogging action could be an important way to minimize or even prevent the protein deposits that damage precious beta cells in type 2 diabetes.

“We’ve created a new platform for identifying potential genetic and pharmaceutical targets that can help neutralize the toxic proteins that build up in patients with the disease,” says lead author Can Kayatekin. “In initial studies with this platform, we unveiled a very interesting target, Ste24, which has opened an important window on the biology of proteotoxicity in type 2 diabetes.”

Alongside the glucose-lowering hormone insulin, beta cells produce another protein, called IAPP (short for human islet amyloid polypeptide). As these two proteins mature inside the cells, they are bundled together and released within the same miniature packets, or vesicles. However, as its name suggests, IAPP is very amyloidogenic — that is, prone to forming large aggregates, which can pile up both within and outside of cells.

“What happens is that as demand for insulin increases, you get more and more IAPP production, and the more you make, the more likely it is to aggregate,” Kayatekin says. “So, the idea is that as you make more IAPP, it starts poisoning the very cells that are producing it.”

To further explore the molecular mechanisms of IAPP production and aggregation, Kayatekin harnessed a powerful paradigm established by his late mentor and supervisor Susan Lindquist, a Whitehead Institute member, MIT professor of biology, and HHMI Investigator who passed away in 2016. Her pioneering approach leverages the baker’s yeast Saccharomyces cerevisiae to create models of toxic proteins in order to probe, perturb, and expose their underlying biology.

Kayatekin and the study’s co-authors generated a yeast model that carries six tandem copies of IAPP. “In most of the neurodegenerative and protein aggregation diseases, the research has trended towards these kinds of smaller oligomers, which seem to be more capable of diffusing in the cell and are therefore likely to be more toxic,” he explains.

With their model of IAPP toxicity in hand, the researchers then turned to genetic techniques to identify yeast proteins that either enhance or ameliorate the effects of IAPP aggregation. Kayatekin and his team identified several intriguing finds, perhaps the most interesting one being a protease called Ste24. According to a 2016 study published in Cell by Maya Schuldiner’s laboratory, Ste24 can cleave proteins that clog translocons — the channels through which secreted proteins, including IAPP, must pass before they can be released. Much like liquid drain cleaners can clear household pipes of hair balls and other muck, Ste24 can remove proteins that get stuck as they venture through the cell’s inner straits. Indeed, Kayatekin finds that overexpressing Ste24 in his yeast model can help rescue some of the effects of IAPP deposits.

Notably, Ste24 is highly conserved through evolution — so much so that the human version, ZMPSTE24, can stand in for its yeast counterpart, the researchers found. This remarkable feature allowed the team to begin functionally dissecting how natural variation in the human protein might impact its unclogging function. By scouring different genetic variants in ZMPSTE24 identified with the help of the AMP T2D-GENES Consortium, they discovered versions whose function was impaired. Initial data suggests that some of these loss-of-function mutants may be more common in type 2 diabetes patients than those without the disease — suggesting that a less-than-robust declogger could possibly contribute to type 2 diabetes progression.

More work is needed to fully decipher the biology of Ste24, IAPP toxicity, and type 2 diabetes. Nevertheless, Kayatekin hopes that his innovative yeast model will prove to be as powerful a tool for illuminating the molecular underpinnings of disease as the ones that preceded it.