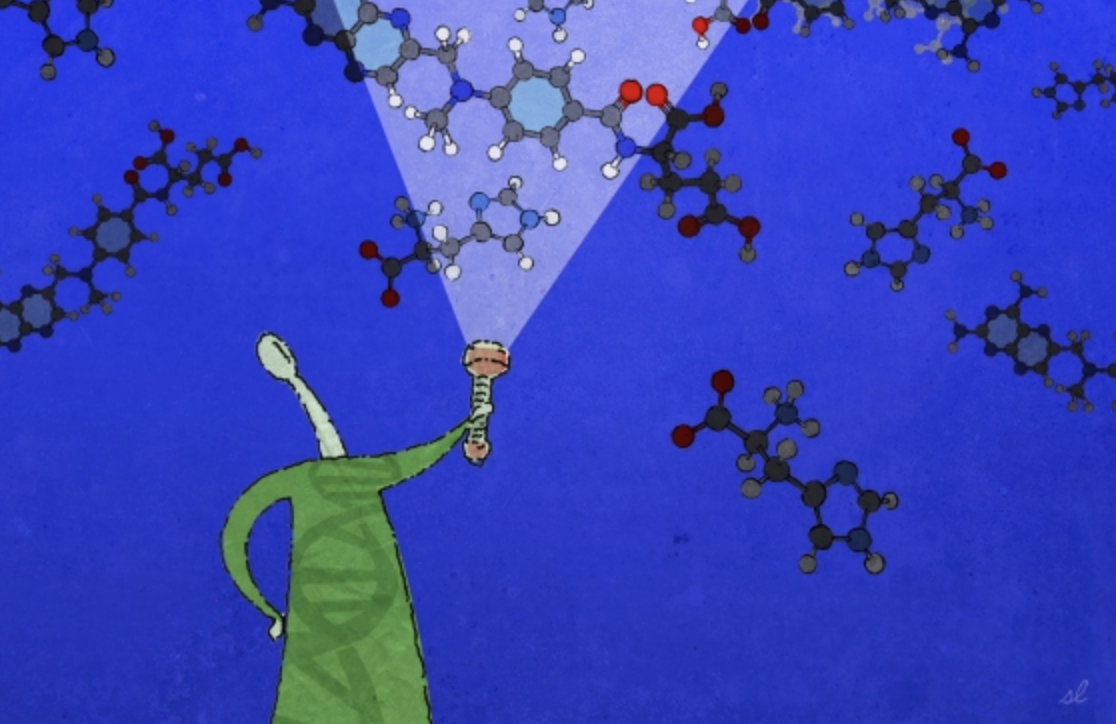 In order to grow and thrive, cells need sugar. A repertoire of cellular mechanisms turn unwieldy molecules of glucose and fructose into versatile building blocks for making useful molecules such as lipids, and energy to fuel necessary processes in the cell. But for any of these things to happen, the cells need to sense when sugars are present in the first place — and scientists are still unraveling how they do it.

Now, in a new paper online July 27 in Nature Metabolism, researchers in the lab of Whitehead Institute Member David Sabatini, identify a key molecule that signals to the cell’s growth-triggering complex mTORC1 when there is sugar to be had, leading to a metabolic response. “This discovery puts us another step closer to understanding the biology of mTORC1 and its effects on cellular growth and metabolism,” said Sabatini, who is also a professor of biology at Massachusetts Institute of Technology and investigator with the Howard Hughes Medical Institute.

mTORC1 — short for “mechanistic target of rapamycin complex 1” — is a complex of proteins involved in regulating cell growth and metabolism. Jose Orozco, a fifth-year M.D./Ph.D student in Sabatini’s lab, describes mTORC1 as a sort of cellular licensing board. In order for other parts of the cell to grow and create new products, they must first be “approved” by mTORC1. If there are enough building blocks in the cell to create a certain product, mTORC1 will add a phosphate group to the appropriate “builders” — a signal that allows the building to begin.

“The builders in this case are metabolic pathways responsible for the creation of proteins, the regulation of nucleotides, regulation of glycolysis, regulation of fatty acid synthesis,” he says. “None of these builders can sense everything. But mTORC1 can, and it makes this sort of unified decision for the cell, ‘Yes, we have everything we need to grow.’”

One essential component for cellular building is glucose. That means mTORC1 has a sweet tooth by necessity: the complex is only active when there is enough glucose in the cell. When there’s glucose to go around, mTORC1 is “on” and binds to a lysosome, a structure that serves as the cell’s “digestive system”, where it perches to perform its phosphorylation duties. When a cell is starved for glucose, the complex falls off the lysosome, inactive.

Since the early 2010s, scientists have known one way that mTOR proteins sense glucose: when there is no glucose available, the cell inhibits the action of mTORC1 through a pathway involving the protein AMPK. But another study suggested that even without AMPK, mTORC1 can still sense an absence of glucose. “I think a lot of people had written it off as ‘Oh, [the signal] must just be AMPK,’” Orozco says. “But when we tested that hypothesis, we showed that even cells that didn’t have any AMPK were still able to sense glucose availability. That was the observation that started this project.”

To find the mysterious second sugar-sensing process, Orozco and colleagues created cells in which the known signalling protein AMPK was out of the picture. Using these modified cells, they began looking for specific traits of the glucose molecule that might be triggering the response. The team found that sugars that could be broken down by the cell, such as mannose, glucosamine and fructose, were able to activate mTORC1. Non-metabolizable sugars had no effect.

This suggested that the signaling molecule was not glucose itself, but something produced when glucose is taken apart during glycolysis — the biochemical process that breaks down the sugar into usable building blocks. With this in mind, the researchers next combed step by step through glycolysis products to see which ones could be the signal molecule.

The team identified a step of glycolysis that seemed to be key, zeroing  in on a glycolysis product called dihydroxyacetone phosphate, or DHAP. Even in the complete absence of glucose, the researchers could turn on mTORC1 by adding DHAP.

It is difficult to prove exactly why the cell relies on DHAP as a signal, but Orozco has some ideas. For one thing, DHAP later goes on to serve as the backbone of lipids, which are built by a process controlled by mTORC1 — so it would make sense that mTORC1 would respond to its presence or absence. Also, DHAP levels are extremely sensitive to changes in the amount of cellular glucose, more so than any other glycolysis intermediary. Also, DHAP is a product of both glucose and fructose, which are both important sugars in the human diet.

At the moment, studying the glucose sensing pathway is purely foundational research. But while there are no clear applications yet, surprises could lurk just around the corner. “Targeting nutrient sensing in mTOR has shown some promise in, of all things, regulating depression and mood,” Orozco says. “That’s interesting, and we don’t really understand why that is the case. How is glucose targeting going to be important? We don’t know yet. But we think it has a lot of potential.”