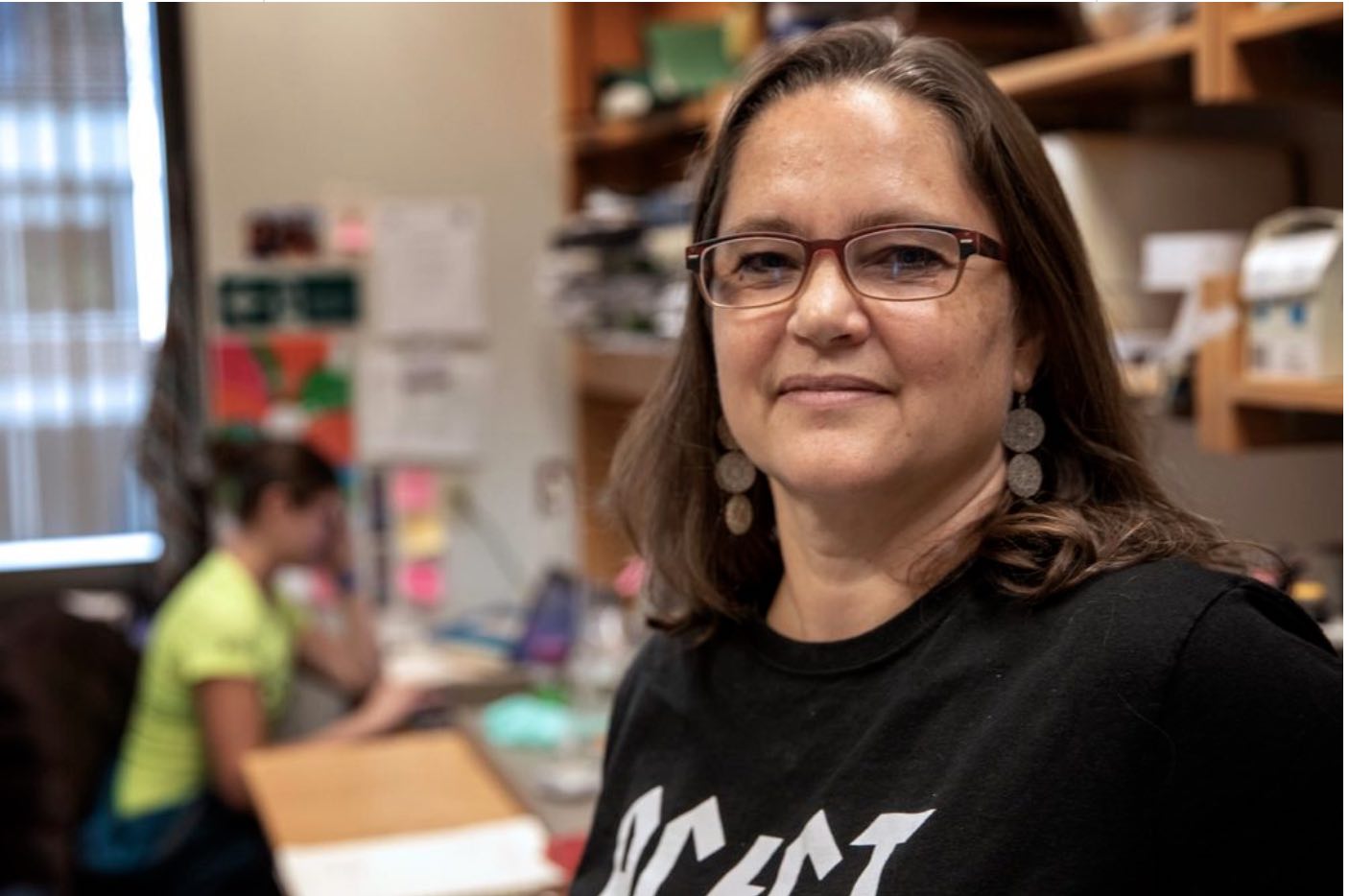 Catherine Drennan describes herself as insatiably curious, a trait she credits to her parents. Some of her first memories come from protest rallies and academic lectures that her mom attended while finishing her Ph.D. in anthropology.

She says her parents didn’t care much for babysitters. So she went wherever they went and became fascinated with the world around her.

“They were just always out there asking questions,” Drennan remembers. “I think I eventually took that on.”

Drennan says she was definitely on the “nerdy” side as a young kid. She remembers preferring the conversation at the adults’ table over what was happening at the kids’ table at family gatherings.

Need more Mass. election information before you cast your ballot? We’ll send everything you need to your inbox in just three days. Sign up now.

“I could just listen or join in,” she says. “But I was fascinated to learn what people were talking about and how I could be a part of that.”

Drennan was excited when it came time to start school. But when she got to first grade, she hit a major stumbling block. Drennan couldn’t make sense of the reading exercises the class was doing.

“They put these pages in front of me or a little book in front of me and other people seemed to know what it said,” Drennan remembers. “I couldn’t figure out how they were doing that.”

She compares those pages full of words to a code that she couldn’t figure out how to crack. Drennan was eventually placed in the lowest reading level in her grade, a designation that felt extremely embarrassing.

Eventually, Drennan was diagnosed with dyslexia. At the time, in the 1970s, scientists and educators didn’t know a lot about the diagnosis and there was little in the way of advice for kids like her on how to find other ways to decode the written word.

Drennan’s mom hired after-school tutors to help guide and encourage her, but finding a method that clicked in her brain was still something Drennan had to figure out for herself.

Eventually, she found success by memorizing the shapes of words. It was slow going at first, but around the sixth grade Drennan remembers hitting a tipping point. Her vocabulary had grown large enough to allow her to effectively read.

“And when it started to click I was like, ‘The world is open to me now,'” she says.

Books went from a source of frustration to a source of joy. Drennan remembers relishing in her new found ability to talk with her peers about books they had read and dissecting the stories together.

“Being able to get at these stories and read them and experience them,” she says, “It was just incredible.”

By the time seventh grade rolled around, Drennan’s relationship with school changed dramatically. She suddenly found herself jumping from the remedial classes to the most rigorous. And going to college felt like more of a reality than a distant dream.

Drennan eventually went on to earn a Ph.D. from the University of Michigan in 1995. Today, she runs a chemistry lab at MIT exploring how proteins and enzymes in the human body interact with each other using computer generated models of their cellular structure.

In a way, Drennan says her dyslexia has been helpful in her research. Because she has become so skilled at recognizing shapes and interpreting what they mean, she’s able to notice details that other people in her lab often miss in those cellular pictures.

“People say we shouldn’t say ‘disabled’ we should say ‘differently abled’ and I totally believe that’s true for me,” she says.

Drennan explains she’s reached a stage in her life where she is comfortable in her own skin. She embraces her “geekiness” and looks at her dyslexia as an asset. She says her struggles learning to read have also helped her form better connections with the graduate students working in her lab.

“I know how to give them an environment where they can really show what they’re capable of doing,” she says.