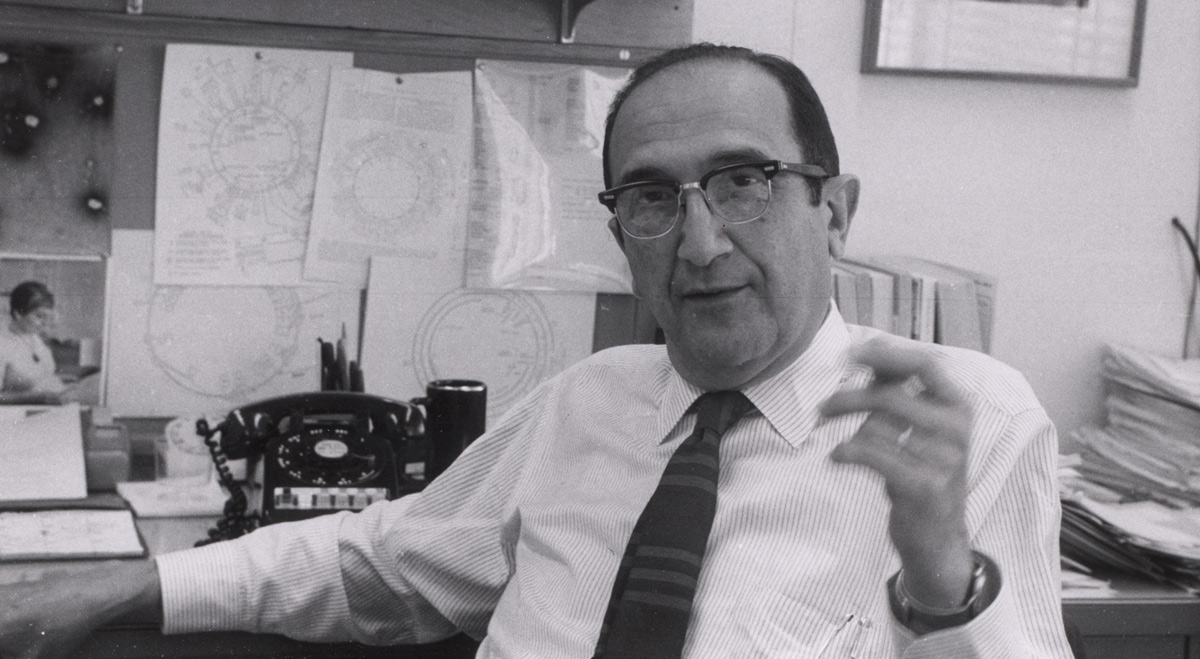 Salvador Luria is known for his research on phage genetics, but his lab’s contribution to the discovery of restriction enzymes also sparked important technological advances.

In the early 1950s, a woman named Mary Human found the first evidence of a group of proteins called restriction enzymes — a discovery that would reverberate throughout the research community for decades. But many important discoveries, from penicillin to medical X-rays, are inspired by a messy fluke rather than carefully reasoned logic, and Human’s discovery was no different.

Fortunately, Human’s boss was a jovial scientist named Salvador Luria, who appreciated that life’s quirks often yield the most valuable results — so much so that he wrote a 1955 Scientific American article in which he praised Human’s approach. “It often pays to do somewhat untidy experiments, provided one is aware of the element of untidiness,” he wrote.

Indeed, Luria’s life was far from being a tidy package. This Italian native fled Europe to escape Nazis, was briefly blacklisted by the NIH presumably because of his vocal opposition to American foreign policy, and suffered from depression despite his outwardly cheery appearance. But Luria’s life was also extraordinary. He earned a medical degree in Torino, Italy, but decided he preferred performing research over practicing medicine. After leaving Europe in the 1940s to escape the persecution of Jews like himself, he held professorships at three American institutions, including MIT. He was known as an insightful scientist, a kind colleague, and a thoughtful mentor, right up until his death in 1991.

A Surprising Observation in the Midwest

For much of his career, Luria applied his keen insight to phages — viruses that invade and kill bacteria. He and two collaborators won the Nobel Prize after realizing that genetic mutations in bacteria can protect them from deadly phages. But the untidy experiment Luria referred to in his Scientific American article related to a lesser-known aspect of his lab’s phage work: restriction enzymes, which cut DNA at specific places. Luria was the first person to find evidence of these critical tools, which opened a whole new field of genetic manipulation. A cascade of research spanning two decades eventually led a scientist supervised by Luria’s former research associate to win a Nobel prize for characterizing these enzymes, which catalyzed modern molecular biology.

The restriction enzyme story starts in the late 1940s, when Luria was a professor at Indiana University. He noticed that a phage called T2 didn’t seem to grow inside and kill certain mutant strains of Escherichia coli. T2 always killed the first batch of mutant E. coli, but when he tested whether a new batch of the same type of bacteria would catch the virus from the dead bacteria, the new batch didn’t succumb to the virus.

In 1950, Luria moved to the University of Illinois, Urbana, where one of his employees, a woman named Mary Human, continued to work on the T2 mystery. One day, in the midst of an experiment, Human realized she’d run out of the strain of E. coli she usually used, and this is where the experiment got a little untidy. Instead of waiting to do the experiment on another day with a healthy batch of E. coli, Human mixed phage-killed E. coli with a different type of bacteria called Shigella. T2 always seemed to act the same in Shigella as it did in E. coli, so she didn’t expect the switch to matter. But the next morning, the Shigella were dead! It seemed that T2 could only reproduce once in the particular mutant strain of E. coli that Human was studying, but when she moved T2 from these mutant E. coli to Shigella, it restored the virus’ ability to reproduce. Human and Luria concluded that something about the mutant E. coli changed the T2, and limited the kinds of bacteria in which it could grow.

At the time, Human and Luria couldn’t explain what was happening to T2 in these mutant bacteria. Luria went about his career, still carrying this mystery with him.

An explanation in Cambridge, Massachusetts

In 1958, Luria came to MIT Biology for a sabbatical. The structure of DNA had been discovered just five years earlier, and MIT needed someone who understood its implications to usher the Institute into the genomics era. Luria was renowned for his ability to predict which direction biology would move, so the Institute wanted him to fill this role. At the end of his sabbatical, Luria accepted a permanent position in MIT Biology, where he stayed for the rest of his career.

“I asked Luria if he thought it was possible to do molecular biology with animal viruses, and he said, ‘I don’t know, why don’t you find out and tell me?’” Baltimore says.In addition to being a skilled scientist, Luria was a thoughtful mentor. David Baltimore, professor at the California Institute of Technology, was one of Luria’s early mentees at MIT. At the time, most research into viruses focused on the phages that Luria studied, but Baltimore wanted to break new ground by studying viruses that infect animals. He credits Luria for encouraging him to go down this path — one that led him to become a Nobel Laureate himself.

In addition to being a skilled scientist, Luria was deeply opposed to McCarthyism and the Vietnam War, and he devoted a lot of time to political activism like writing letters, to newspaper editors as well as to other scientists, trying to gather support for his views.

Fortunately, Luria had a deputy to help him run his lab while he was revamping MIT Biology and trying to stop the war. “If you wanted to know something on a daily basis, you went to Helen Revel,” recalls Costa Georgopoulos, a professor at the University of Utah who earned his PhD in Luria’s lab in the 1960s.

Revel earned her PhD with MIT Biology’s Boris Magasanik before becoming Luria’s research associate. “Those days, women were not readily made professors, so she worked on Luria’s grants,” Georgopoulos says.

Georgopoulos describes Revel as reserved and meticulous. She didn’t advertise her skill as a scientist; she just got to work. With this attitude, she led the scientists who figured out the mystery of the mutant bacteria that changed the T2 phage.

Since Human’s fortuitously messy experiment, a lineage of phage researchers that originated in Luria’s lab had learned a lot about how bacteria and phages interact. First, Luria’s former research associate, Guiseppe Bertani, showed that phages other than T2 also behave differently in different types of bacteria. Later, Bertani’s own research associate, Werner Arber, went on to discover that bacteria can mark the DNA of phages that replicate within them. When marked phages try to enter new bacteria, the marks can signal that the phages are foreign invaders, allowing the new bacteria to kill the phages. Arber and two of his colleagues, Daniel Nathans and Hamilton O. Smith, eventually won their own Nobel prize for their work on restriction enzymes.

Certain bacteria mark phage DNA by replacing one of the bases that make up the genetic code, called cytosine, with a modified version called 5-hydroxymethylcytosine. Revel, with help from Luria, Georgopoulos, and others, found that the T2 phage takes this system one step farther by using a bacterial enzyme to attach sugars to modified cytosines. Some mutant bacteria are unable to transfer sugars to phage cytosines, and so the phages grown in these bacteria come out “sour” instead of “sweet,” as Luria wrote. Restriction enzymes recognize these sweet-natured phages as foreign, and destroy them.

Today, after decades of work, scientists have used restriction enzymes to study genetic variations in humans, find sequences that cause disease, identify relationships between people, and solve crimes. Scientists have used restriction enzymes to make proteins glow like jellyfish, to study the structure of DNA, and to make bacteria produce insulin.

T2 phages and their relationship to restriction enzymes are just one area of biology where Luria and his lab made profound contributions. Among his biggest achievements was recruiting and employing many forward-thinking scientists who built MIT Biology into the department it is today. In fact, as the first director of the Center for Cancer Research, Luria recruited Phillip Sharp, who would go on to win a Nobel Prize for discovering RNA splicing. Sharp joined a center that already included David Baltimore, as well as current MIT Biology professors Nancy Hopkins and Robert Weinberg, all of whom have made huge contributions to cancer research.

Scientists had just begun to elucidate the link between genetics, viruses, and cancer in the early 1970s, but Baltimore says that Luria was often the first person to jump on new applications for the techniques and thinking underlying molecular biology.

“Luria’s genius was understanding where biology was going,” says Baltimore. “At every stage, he was wondering what the next step would be.” But even geniuses need a messy fluke like Human’s now and then.