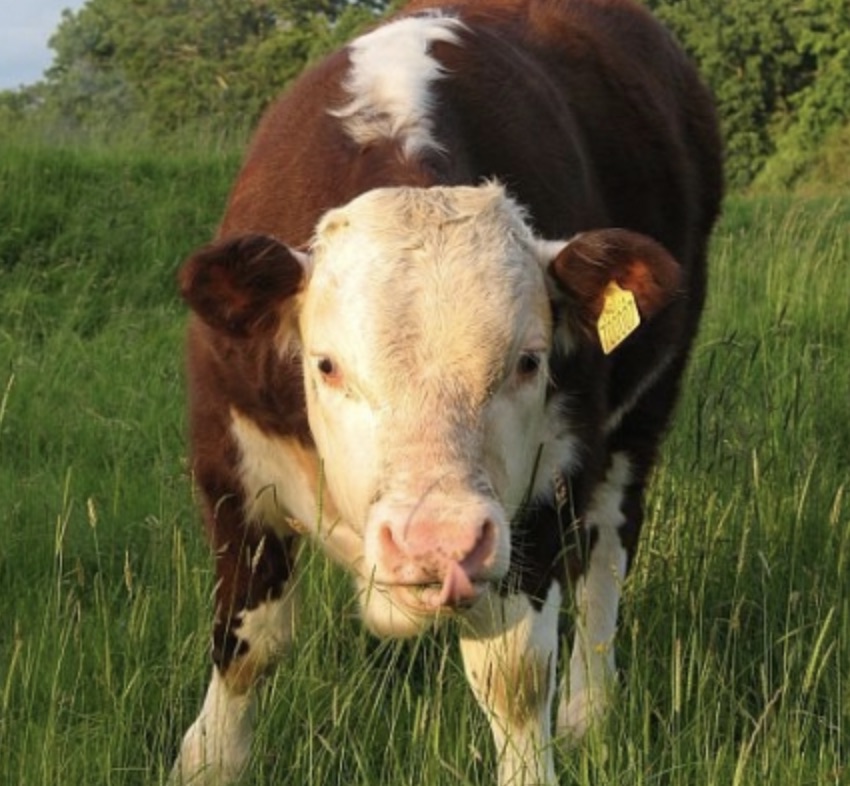 In a new study, published Nov. 18 in the journal Genome Research, scientists in the lab of Whitehead Institute Member David Page present the first ever full, high-resolution sequence of the Y chromosome of a Hereford bull. The research, more than a decade in the making, suggests that bulls’ Y chromosomes have evolved dozens of copies of the same genes in a selfish attempt to make more males — a move that is countered in the female-determining X chromosome.

“When you have an X and a Y chromosome, it’s a setup for conflict,” said Page, who is also a professor of biology at the Massachusetts Institute of Technology and investigator with the Howard Hughes Medical Institute. “Seeing this full blown competition between the cattle X and Y means we have to think more deeply about this conflict as a constant and general feature of sex chromosomes in mammals.”

This insight into the forces that govern sex chromosome behavior and evolution will help scientists in Page’s lab study genetic differences between males and females and how they play out in health and disease across every part of the body, Page added.

Of mice, men and cattle

Page’s lab successfully sequenced the human Y chromosome in 2003, and afterwards the researchers wanted to be able to compare the sequence to its counterparts in other animals in order to help understand how they have evolved and diverged over time.

To make these comparisons, researchers in Page’s lab laid out a list of several mammals — including chimps, opossums, and mice — that occupied different branches of the mammalian family tree. One after another, the scientists began sequencing these creatures’ Ys, using a high-resolution sequencing method called SHIMS — short for Single-Haplotype Iterative Mapping and Sequencing — to obtain a level of detail that other techniques, like shotgun sequencing, can’t.

This powerful sequencing technology allowed the researchers to observe a strange peculiarity of Y chromosomes: in some species, nearly all of the genetic material on the Y is made up of sequences of DNA that have been amplified dozens or hundreds of times over — “like a hall of mirrors,” Page said.

In mice, for example, repeats of just a few testis-specific genes make up nearly 98 percent of the Y chromosome. In humans, however, repeats make up only about 45 percent. “We wanted to know if this was just a peculiarity of rodents, or if other Y chromosomes might come close,” Page said.

That’s where the bull came in. “Outside of primates and rodents, the next branch off the mammalian tree includes bull,” said Jennifer Hughes, a researcher in Page’s lab and the first author of the paper. “We didn’t know if the bull’s Y chromosome would look like a mouse Y or a human Y or something else entirely.”

The running of the bull’s (sequencing data)

It took the Page Lab and collaborators at Baylor College of Medicine’s Human Genome Sequencing Center, the McDonnell Genome Institute at Washington University, Texas A&M University, and other institutions more than a decade to tease apart the complexities of the bull Y chromosome. In fact, it turned out to be the most gene-dense of any Y chromosome ever mapped — largely due to the fact that 96 percent of its genetic material was made up of repetitive sequences.

As in the mouse, most of the bull’s “hall of mirrors” repeats appeared to be expressed in the testis. But the question remained: Why? “What drives it can’t just be purely making more sperm, because that’s just overkill, right?” Hughes said. “You don’t really need hundreds of copies of a gene to accomplish that task.”

The researchers found a clue when they took a closer look at the bovine X chromosome: the female-determining sex chromosome also had a few copies of these testis-specific genes. “We don’t really know the mechanism in the bull, but the thought is that somehow the amplification of these genes in the Y has to do with helping the Y get passed on — and the X copies are amplified to compete against that tendency and help the X,” Hughes said.

This X-Y arms race has been proven to happen in mice: somehow, repetitive genes on the Y chromosome give it an extra edge when it comes to ending up in the sperm during gamete formation. In a 2012 study, researchers knocked out the Y-chromosome repeats. Without the extra genes, more X chromosomes than Ys ended up in sperm cells, and the sex ratio of offspring skewed female. Over years of evolution, the X has developed repeats as well — its own way to get a leg up in the race.

Competition between X and Y chromosomes is selfish, Hughes said, because it’s not a good thing for the species to have a skewed sex ratio. Thus, these alterations benefit only the lucky chromosome that ends up in the fertilized egg. The fact that a selfish — and even detrimental — mechanism would continue for millions of years in disparate branches of the evolutionary tree suggests that these conflicts may be an inevitable side effect of having a pair of asymmetrical sex chromosomes. “These X-Y arms races have probably been around for as long as mammals have been around,” Page said.

Right now, the lab is working on leafing out the branches of their Y chromosome evolutionary tree. The bull’s is the seventh sex chromosome to be completely sequenced using the SHIMS method. Hughes, Page and the lab are also eyeing members of other animal groups, including reptiles.

“Our lab is focused on sex differences across the human body, and all of that work really is inspired by lessons that we’ve learned by comparing the Y chromosomes of different animals with our own,” Page said. “It’s like when you go to an art gallery and just sit on a bench and look and feel inspired — these sequences are an infinite source of inspiration in the work we are doing. And we can now add the bull to our gallery.”