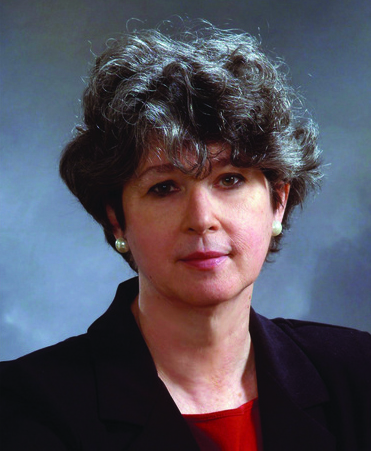 Joan Ruderman’s lifelong enthusiasm for developmental biology shines through, whether she’s talking about studying the reproductive habits of the humble clam or discussing the surprising effects of plastics components like bisphenol A (BPA) on fetal development.

Ruderman arrived at MIT in 1969, when the Department of Biology was still quite small. That fall there were more first-year graduate students—about half women—than there were faculty in the department. The field of developmental biology and her career would develop in parallel. She joined the Harvard Medical School (HMS) faculty in 1976 and by 2012 she had become the first female president and director of the Marine Biological Laboratory (MBL) in Woods Hole, Massachusetts, a post she held for two years.

“The field of molecular biology was just beginning, and MIT was at the forefront of many of the early advances,” she says. Her doctoral work involved studying how fertilization activates messenger RNA in sea urchin eggs. She describes the initiation of cell division on a molecular level this way: “An unfertilized egg is a quiescent cell, but then the sperm hits, the doorbell rings, and this whole dinner party rapidly unfolds.”

As is the case with so many MIT graduates, ­Ruderman’s interests have shaped her career. As she was finishing her doctorate, she began her long association with the MBL when she took an embryology course there. During the summer, scientists from all over the world come to the lab to study topics like neurobiology and cell division in local marine organisms. One of those creatures is Spisula solidissima, which is familiar to anyone who enjoys clam chowder.

“A single female can put out several hundred million eggs on a good day,” Ruderman says. The clam embryo makes a good study subject because of its rapid development after fertilization: “In 24 hours, it’s a functional little animal.”

Later, Ruderman became interested in environmental issues. While on the HMS faculty, she took a class on human health and global environmental change taught by Eric Chivian, the onetime MIT Medical psychiatrist who went on to share the Nobel Peace Prize as cofounder of International Physicians for the Prevention of Nuclear War.

Now a professor emeritus at Harvard, ­Ruderman teaches at Princeton about the adverse effects of chemicals such as BPA, phthalates, and pesticides. Knowing what can get budding scientists hooked, she titled her class “Hormonally Active Pollutants.” “If I called it ‘Environmental Endocrine Disrupters,’ no one would take the course,” she says.

This article originally appeared in the November/December 2017 issue of MIT Technology Review magazine.