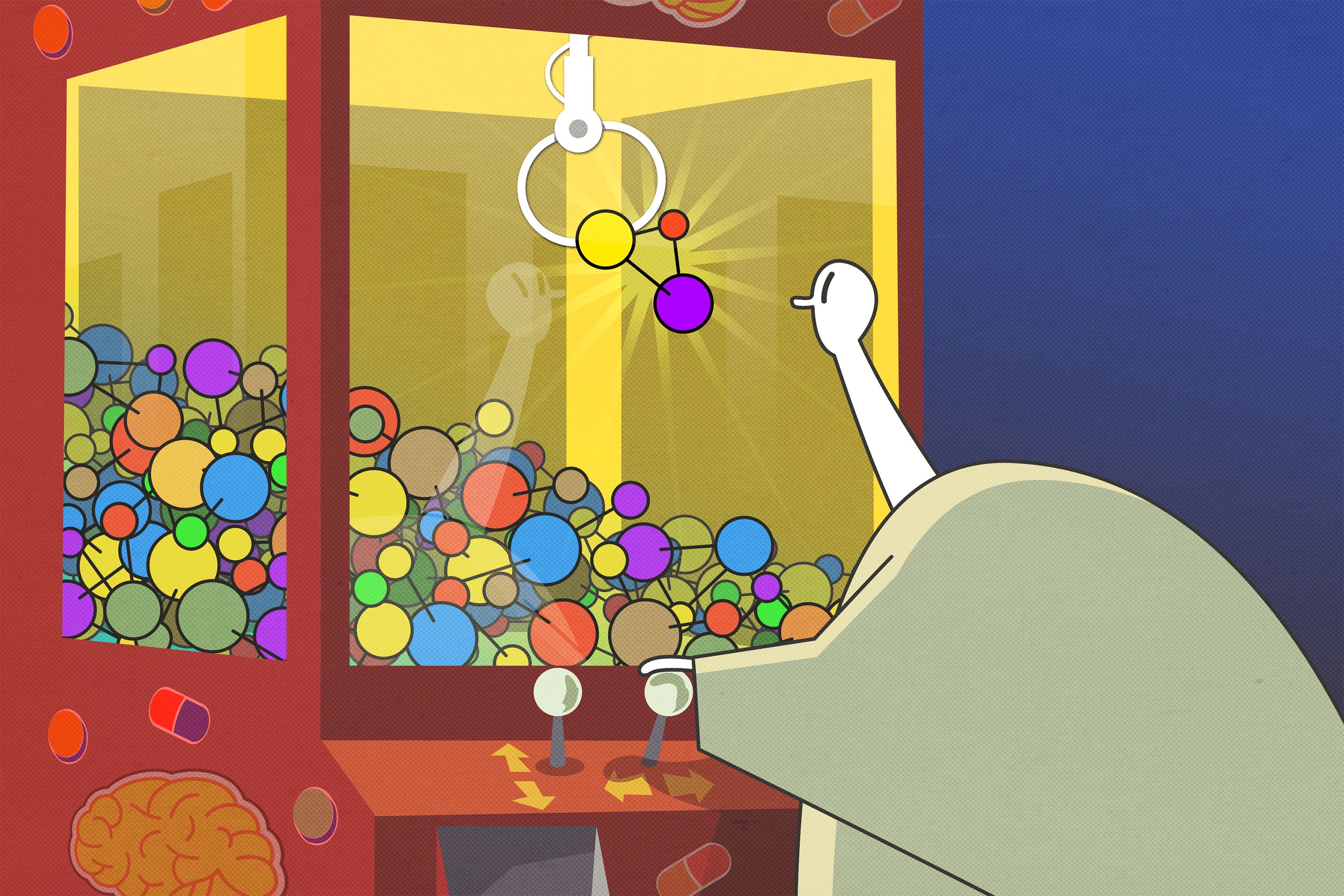 A research team led by Whitehead Institute scientists has identified 30 distinct chemical compounds — 20 of which are drugs undergoing clinical trial or have already been approved by the FDA — that boost the protein production activity of a critical gene in the brain and improve symptoms of Rett syndrome, a rare neurodevelopmental condition that often provokes autism-like behaviors in patients. The new study, conducted in human cells and mice, helps illuminate the biology of an important gene, called KCC2, which is implicated in a variety of brain diseases, including autism, epilepsy, schizophrenia, and depression. The researchers’ findings, published in the July 31 online issue of Science Translational Medicine, could help spur the development of new treatments for a host of devastating brain disorders.

“There’s increasing evidence that KCC2 plays important roles in several different disorders of the brain, suggesting that it may act as a common driver of neurological dysfunction,” says senior author Rudolf Jaenisch, a founding member of Whitehead Institute and professor of biology at MIT. “These drugs we’ve identified may help speed up the development of much-needed treatments.”

KCC2 works exclusively in the brain and spinal cord, carrying ions in and out of specialized cells known as neurons. This shuttling of electrically charged molecules helps maintain the cells’ electrochemical makeup, enabling neurons to fire when they need to and to remain idle when they don’t. If this delicate balance is upset, brain function and development go awry.

Disruptions in KCC2 function have been linked to several human brain disorders, including Rett syndrome (RTT), a progressive and often debilitating disorder that typically emerges early in life in girls and can involve disordered movement, seizures, and communication difficulties. Currently, there is no effective treatment for RTT.

Jaenisch and his colleagues, led by first author Xin Tang, devised a high-throughput screen assay to uncover drugs that increase KCC2 gene activity. Using CRISPR/Cas9 genome editing and stem cell technologies, they engineered human neurons to provide rapid readouts of the amount of KCC2 protein produced. The researchers created these so-called reporter cells from both healthy human neurons as well as RTT neurons that carry disease-causing mutations in the MECP2 gene. These reporter neurons were then fed into a drug-screening pipeline to find chemical compounds that can enhance KCC2 gene activity.

Tang and his colleagues screened over 900 chemical compounds, focusing on those that have been FDA-approved for use in other conditions, such as cancer, or have undergone at least some level of clinical testing. “The beauty of this approach is that many of these drugs have been studied in the context of non-brain diseases, so the mechanisms of action are known,” says Tang. “Such molecular insights enable us to learn how the KCC2 gene is regulated in neurons, while also identifying compounds with potential therapeutic value.”

The Whitehead Institute team identified a total of 30 drugs with KCC2-enhancing activity. These compounds, referred to as KEECs (short for KCC2 expression-enhancing compounds), work in a variety of ways. Some block a molecular pathway, called FLT3, which is found to be overactive in some forms of leukemia. Others inhibit the GSK3b pathway that has been implicated in several brain diseases. Another KEEC acts on SIRT1, which plays a key role in a variety of biological processes, including aging.

In followup experiments, the researchers exposed RTT neurons and mouse models to KEEC treatment and found that some compounds can reverse certain defects associated with the disease, including abnormalities in neuronal signaling, breathing, and movement. These efforts were made possible by a collaboration with Mriganka Sur’s group at the Picower Institute for Learning and Memory, in which Keji Li and colleagues led the behavioral experiments in mice that were essential for revealing the drugs’ potency.

“Our findings illustrate the power of an unbiased approach for discovering drugs that could significantly improve the treatment of neurological disease,” says Jaenisch. “And because we are starting with known drugs, the path to clinical translation is likely to be much shorter.”

In addition to speeding up drug development for Rett syndrome, the researchers’ unique drug-screening strategy, which harnesses an engineered gene-specific reporter to unearth promising drugs, can also be applied to other important disease-related genes in the brain. “Many seemingly distinct brain diseases share common root causes of abnormal gene expression or disrupted signaling pathways,” says Tang. “We believe our method has broad applicability and could help catalyze therapeutic discovery for a wide range of neurological conditions.”