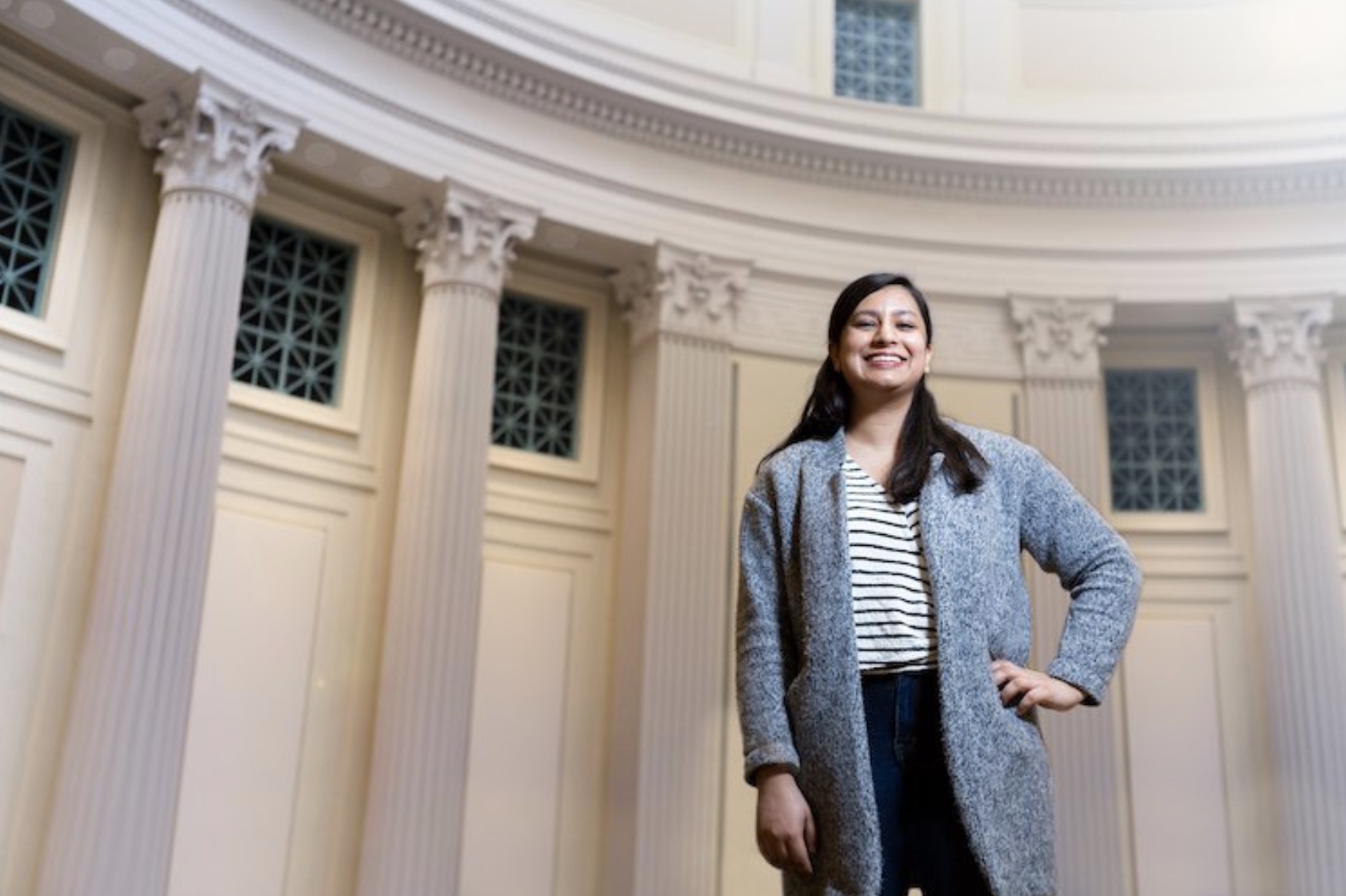 When Muskaan Aggarwal ’20 was considering colleges, she was looking for undergraduate research opportunities and a strong humanities program. “Choosing MIT was a convergence of factors,” she says. “I knew that there’s no better place for biological research than Cambridge, but I did not know that MIT students are required to take eight humanities classes over their four years. It was so surprising to learn that it’s built into the degree!”

And there was another important draw to the Institute: “Scholarship support was a big factor in me coming to MIT because I probably would not have been able to afford it otherwise,” says Aggarwal, who is a recipient of the Malcolm E. and Donna M. Wheeler Scholarship. As one of five universities in the country with need-blind admissions for both US and international students, MIT is committed to meeting the full financial need of every accepted undergraduate through scholarships. “My scholarship has made it possible for me to pursue extracurriculars based on my passions,” she continues. “It would be much more difficult to participate in those experiences if I had to support myself by working multiple jobs.”

In addition to majoring in biology, Aggarwal minors in ancient and medieval studies and participates in the Burchard Scholars Program, which facilitates monthly faculty-led humanities seminars. “To be a good scientist, you need to be able to communicate your work very effectively, and you cannot do that without a humanities background,” she says, noting that her minor and major intersect in interesting ways. “With ancient and medieval studies, we have very little evidence with which to reconstruct the past, so imagination is key. It’s similar with biology—we’ve learned so much but there’s still so much we don’t know; we have to combine existing knowledge with imagination to construct the future.”

Since her first year at MIT, Aggarwal has been working in the lab of Angelika Amon, who is the Kathleen and Curtis Marble Professor in Cancer Research, through the Undergraduate Research Opportunities Program. “In Professor Amon’s lab, I’ve been fortunate to be able to work with Marianna Trakala [postdoc researcher], an incredible mentor, since the infancy of the project. Our project explores how deviation from the normal chromosome number can lead to tumorigenesis,” Aggarwal says.

Aggarwal is planning to become a physician-scientist to pursue both patient care and research—her “true love”—but she is also looking for ways to integrate her other passions into her future profession. She sees MIT as the ideal place to explore a wide range of interests—and the scholarship support she receives is a vital component of her education. “MIT is an extraordinary place. In high school, I never imagined that I would be minoring in ancient and medieval studies, or dancing with middle school girls on Monday afternoons as a SHINE mentor, or writing a review of a Dutch film about a famous Swedish author for The Tech,” she says. “I could have done research at other schools, but would I be working in the lab of someone like Professor Amon, who won nearly every single big prize in science in the past year? I’m immensely grateful that the scholarship has given me the opportunity to explore all of my interests during college.”