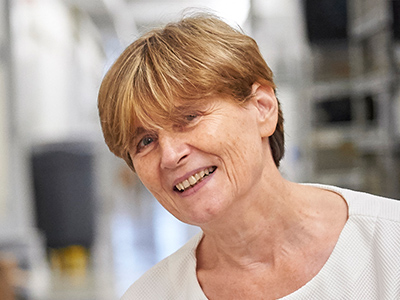 The daughter of a teacher and an engineer, Lehmann won a Fulbright Fellowship in ecology in 1977 that brought her to Seattle, where she discovered her passion for developmental genetics. She has since been using flies to study germ cells, precursors of eggs and sperm, which play an essential role in our survival.

Lehmann, who calls herself a dog and data lover, is professor of biology and the director of the Whitehead Institute at MIT. Her research on the origins of germ cells — the only cells in the human body that have immortality — is shedding light on how they lead to reproduction, on the role of RNA regulation in germ cells, and on how harmful mutations are eliminated during oogenesis. She believes it is critical for scientists to push the envelope, following their instincts to pursue research on topics about which not much is known.

Lehmann’s long list of achievements includes membership in the National Academy of Sciences and the American Academy of Arts and Sciences, and in 2021 she was awarded the Vilcek Prize in Biomedical Science.

“It means so much to me to be recognized as an immigrant and a researcher,” Lehmann said upon receiving the Vilcek Prize. “In these days, immigrants don’t feel as welcomed as I did when I came to this country. For me, coming to the U.S. meant to be given a chance to live the dream of being a scientist.”