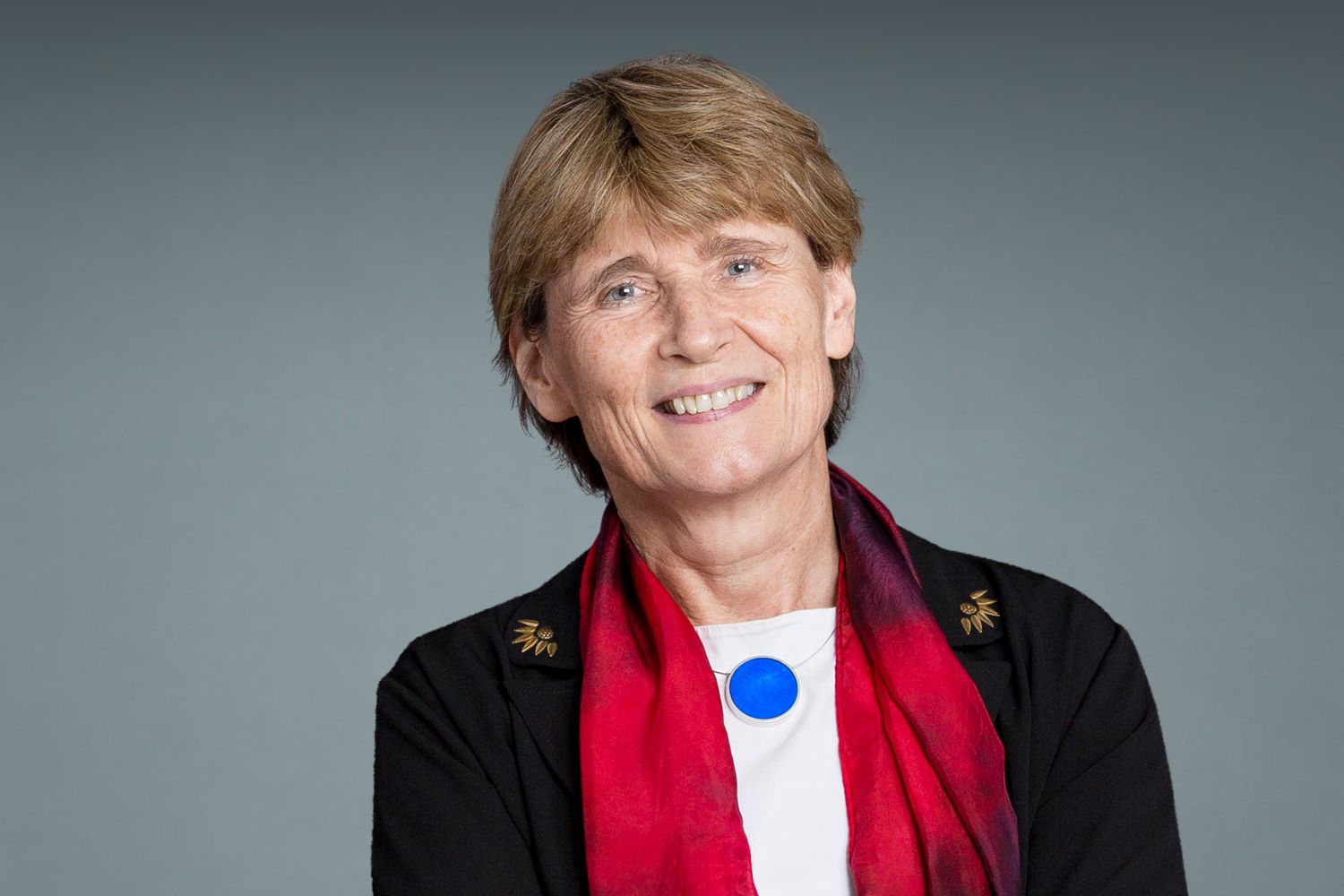 Lehmann, a world-renowned developmental and cell biology researcher, is the institute’s fifth director.

The Whitehead Institute board of directors today announced the selection of Ruth Lehmann, a world-renowned developmental and cell biology researcher, as the institute’s fifth director. Lehmann will succeed current Director David Page on July 1, 2020.

Lehmann is now the Laura and Isaac Perlmutter Professor of Cell Biology and chair of the Department of Cell Biology at New York University (NYU), where she also directs the Skirball Institute of Biomolecular Medicine and The Helen L. and Martin S. Kimmel Center for Stem Cell Biology. She is currently an investigator of the Howard Hughes Medical Institute. The Whitehead Institute appointment represents a homecoming: Lehmann was a Whitehead Institute member and a faculty member of MIT from 1988 to 1996, before beginning a distinguished 23-year career at NYU.

“Ruth Lehmann will continue a line of prestigious and highly accomplished scientist-leaders who have served as Whitehead Institute directors,” says Charles D. Ellis, chair of the Whitehead Institute board of directors. “She perfectly fits our vision for the next director: an eminent scientist and experienced leader, who is passionately committed to Whitehead Institute’s mission, and possesses a compelling vision for basic biomedical research in the coming decade.”

“I am delighted to return to Whitehead Institute and look forward to joining the illustrious faculty to recruit and mentor the next generation of Whitehead Institute faculty and fellows,” Lehmann says. “When I was recruited to Whitehead Institute in the late 1980s, David Baltimore took a huge risk in giving an inexperienced young scientist from Germany the chance to follow her passion for science with unending encouragement and minimal restraints. Now I am thrilled to have the opportunity to help shape the future of this wonderful institute that has been at the forefront of biomedical research for decades. I am pleased to become part of the succession of Whitehead Institute’s forward-thinking directors, David Baltimore, Gerald Fink, Susan Lindquist, and David Page. I look forward to working with faculty, fellows, trainees, and staff to build a future with ambitious goals that will allow us to reveal the unknown and connect the unexpected in a collaborative, diverse, and flexible environment.”

“Ruth Lehmann is an inspired choice to lead the institute into the future and I look forward to working with her in that capacity,” Page says. “Ruth is an internationally renowned and influential leader in the field of germ cell biology, and her outstanding contributions to the field are the product of her sustained brilliance, insatiable curiosity, uncompromising rigor and scholarship, and clarity of thought and expression. Across the course of the past three decades, no scientist anywhere in the world has made greater contributions to our understanding of germ cells and their remarkable biology. I’m especially pleased to gain a colleague with such an impressive track record of discovery and institutional leadership.”

The new director will have an impressive line of predecessors: Whitehead Institute’s founding director was Nobel laureate and former Caltech president David Baltimore; he was succeeded by internationally honored geneticist and science enterprise leader Gerald Fink, and then by National Medal of Science recipient Susan Lindquist, followed by the current director, leading human geneticist David Page, who became director in 2004.

“Ruth Lehmann is a brilliant choice as the next director of Whitehead Institute,” Baltimore says. “She is a world-class scientist and a seasoned leader. Most importantly, she understands the unique nature of Whitehead Institute and will maintain it as a key element of the biomedical complex that has grown up in Cambridge, Massachusetts.”

“Ruth Lehmann is an extraordinary scientist, who began her distinguished career here at Whitehead,” Fink says. “Her innovative work on germ cells, which give rise to eggs and sperm, has paved the path for the entire field. She is an inspiring leader who is an outspoken advocate for fundamental research. We are all delighted to welcome her back as our new director and scientific colleague.”

Lehmann has made seminal discoveries in the field of developmental and cell biology. Germ cells, the cells that give rise to the sperm and egg, carry a precious cargo of genetic information from the parent that they ultimately contribute to the embryo, transmitting the currency of heredity to a new generation. Work in Lehmann’s lab using Drosophila (fruit flies) has shed light on how these important cells “know” to become germ cells, and how they are able to make their way from where they originate to the gonad during early embryonic development. Her discoveries uncovering the mechanisms needed for proper specification and migration of germ cells have not only informed our understanding of processes essential for the perpetuation of life itself, but have also made important contributions to related fields including stem cell biology, lipid biology, and DNA repair.

“I’m so pleased to be welcoming Ruth back to the community,” MIT Provost Martin A. Schmidt says. “Her dedication to, and expertise in, basic research will underscore Whitehead Institute’s reputation as a leader in this arena.”

Susan Hockfield, MIT president emerita and professor of neuroscience, chaired the committee that recommended Lehmann to the Whitehead Institute board. “Our committee considered eminent candidates from across the globe,” Hockfield says, “and found in Ruth Lehmann a person uniquely qualified to guide this pioneering research institution forward.”

Lehmann earned an undergraduate degree and a PhD in biology from the University of Tubingen in Germany, in the laboratory of future Nobel laureate Christiane Nüsslein-Volhard. Between those programs, she conducted research at the University of Washington and earned a diploma degree — equivalent to a master’s degree — in biology from the University of Freiburg in Germany. She then conducted postdoctoral research at the Medical Research Council Laboratory of Molecular Biology in Cambridge, England. Then, Lehmann moved to Cambridge, Massachusetts, to become a Whitehead Institute member and MIT faculty member. In 1996, she accepted a professorship at NYU Langone School of Medicine and was subsequently named director of the Skirball Institute of Biomolecular Medicine and The Helen L. and Martin S. Kimmel Center for Stem Cell Biology, NYU Stem Cell Biology Graduate Program director, and chair of the NYU Department of Cell Biology in 2014 (all roles that she continues to hold).

Among her many awards, Lehmann has received the Society for Developmental Biology’s Conklin Medal, the Porter Award from the American Society for Cell Biology, and the Lifetime Achievement Award from the German Society for Developmental Biology. She is an elected member of the National Academy of Sciences, a fellow of the American Academy of Arts and Sciences, and a member of the European Molecular Biology Organization.

Lehmann has also been a committed mentor, having fostered the education and professional development of scores of undergraduate and graduate students and postdoctoral researchers. Many of her mentees have gone on to become leaders in the biomedical industry or at academic institutions in the United States and around the world, including Johns Hopkins University, Princeton University, MIT, the University of Cambridge (UK), European Molecular Biology Laboratory (Heidelberg, Germany), and University of Toronto (Canada).