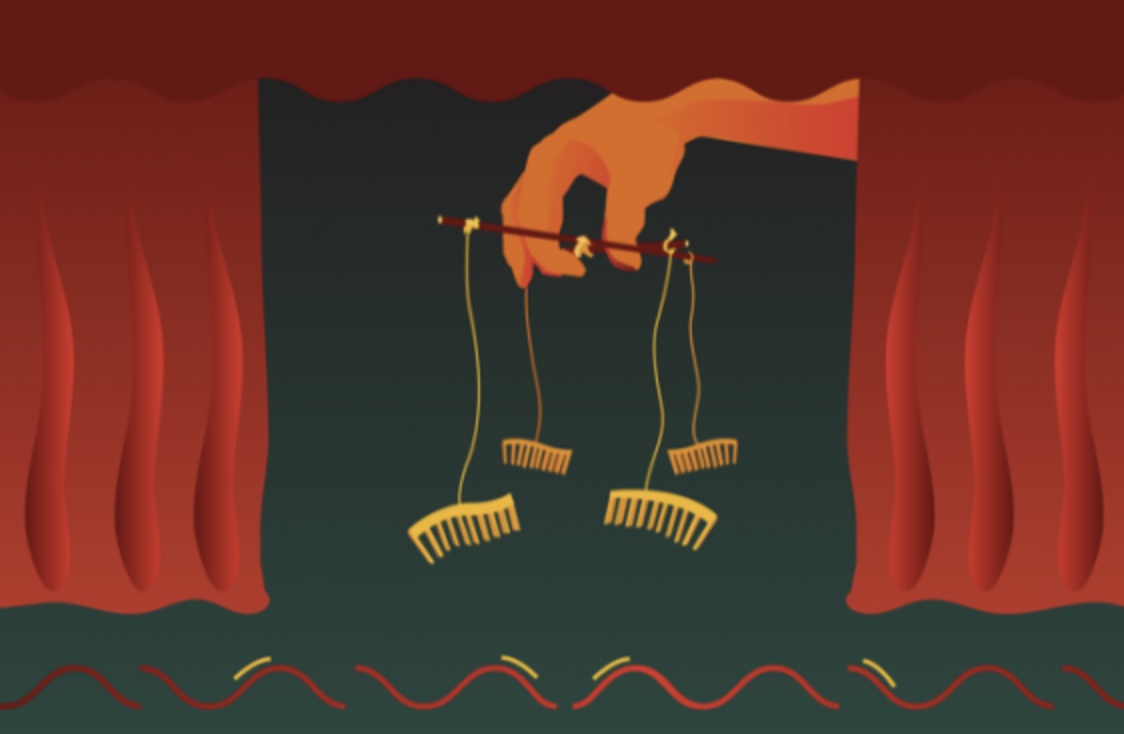 MicroRNAs are short RNA sequences that maintain a tight control on which genes are expressed and when. They do this by regulating which messenger RNA (mRNA) transcripts — the single-stranded templates for proteins — are actually read by the cell. But what controls these cellular controllers?

In a new study published Nov. 12 in Science, researchers in David Bartel’s lab at Whitehead Institute show that mRNAs and other RNAs often turn the tables on their microRNA regulators — and show that the path to microRNA degradation is not what scientists expected it to be.

“A lot of people know that microRNAs repress mRNAs — that’s textbook,” said Charlie Shi, a graduate student in Bartel’s lab and first author on the paper. “But in certain cases, this logic is reversed. And I think that’s really interesting and weird, this idea that often the tables are turned.”

MicroRNAs typically control gene expression by binding to mRNA transcripts, and then working together with a protein called Argonaute to “silence” those transcripts by causing them to be more rapidly degraded. Because microRNAs are held cozily inside of the Argonaute protein, they are shielded from destructive enzymes in the cell, and are thus fairly long-lived by cellular standards. They can persist for up to a week, causing the destruction of many mRNA molecules over that time.

Sometimes, however, a microRNA binds to a special target site on an mRNA transcript that leads to premature destruction of the microRNA. This phenomenon — called target-directed microRNA degradation, or TDMD — happens naturally in cells, and is a way to control how much of certain microRNAs are allowed to persist at any given time.

Bartel’s lab began studying this form of degradation after researchers in the lab discovered that an RNA called CYRANO, which doesn’t code for any proteins, leads to the degradation of a specific microRNA called miR-7. This interaction was interesting to the researchers because the mechanism did not seem to line up with the current theories about TDMD.

Previous models of TDMD suggested that special target sites, like the one in CYRANO, cause one end of the microRNA to stick out of Argonaute and become vulnerable to the addition and subtraction of nucleotides by cytoplasmic enzymes.  This process, called tailing and trimming, was thought to be a key step in the path to degradation of the microRNA.

“But when you knock out the enzyme that causes tailing of miR-7, it has no impact on the degradation,” Shi said. “So that’s curious, right? So how can we really perturb this supposedly responsible system and have no impact?”

In order to further probe the mechanism of TDMD, the researchers focused in on this interaction between the CYRANO noncoding RNA and miR-7. Shi designed a CRISPR screen to identify genes essential for the microRNA’s degradation when it encountered a CYRANO transcript.

The screen yielded one gene that was essential to the microRNA’s degradation, called ZSWIM8. When they looked up the gene’s function, the researchers found that it codes for a component of a ubiquitin ligase. Ubiquitin — so named because it is found in virtually all types of cells — serves as a flag to mark proteins for degradation in a cellular garbage disposal called the proteasome.

The finding of the ZSWIM8 ubiquitin ligase implied that CYRANO-mediated microRNA degradation involves destruction of the Argonaute protein. In this new molecular model for TDMD, the regulating RNA, CYRANO, binds to the microRNA, mir-7, encased in its protective Argonaute protein, and then recruits the ZSWIM8 ubiquitin ligase.  This ligase then sticks a few ubiquitin molecules onto the microRNA’s Argonaute, leading Argonaute to be degraded, and thereby exposing its microRNA cargo to be destroyed by enzymes in the cell.  Importantly, this process does not require any trimming and tailing of the microRNA.

“The discovery of this unanticipated pathway for TDMD illustrates the power of CRISPR screens, which can simultaneously query essentially every protein in the cell, including those that you never dreamed would be involved,” said Bartel, who is also an investigator of the Howard Hughes Medical Institute and a professor of biology at Massachusetts Institute of Technology.

A multitude of microRNAs

When the researchers looked at other known examples of TDMD, they found the ZSWIM8 was essential in all of them. Having identified this key part of the degradation pathway allowed them to seek out more microRNAs that are subject to this regulation.

“When we started this project, there were only around four examples in nature of endogenous RNAs that are encoded by the cell that can perform TDMD,” Shi said. “We had a feeling that there would be many more, and so by finding a factor that was required for TDMD in a general way — ZSWIM8 –we were then able to ask and answer the question, ‘how widespread this phenomenon?’”

As it turns out, TDMD is fairly common in multicellular organisms. The researchers looked for evidence of the microRNA degradation mechanism in different cell types — two from mice, and one from fruit flies — and found that in any given cell, up to 20 different microRNAs were regulated by TDMD out of a couple hundred total microRNAs in the cell.

The researchers also observed this mechanism in human cells and nematodes, suggesting that TDMD as a method for regulating microRNAs dates back to the common ancestor of these disparate species. That definitely creates a lot of questions for us,” Shi said. “Each one of these microRNAs is a story.”