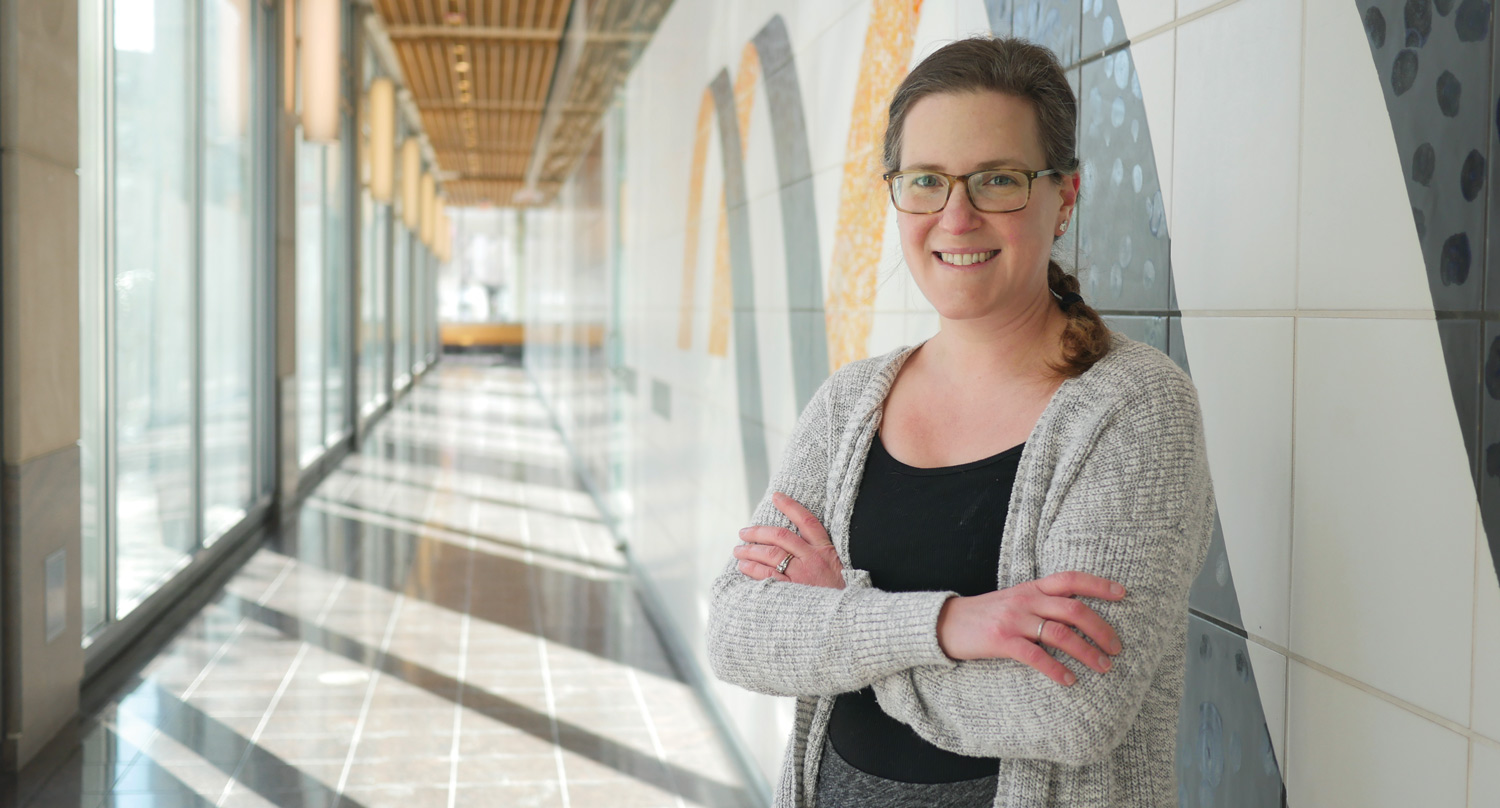 Dr. Alison Ringel didn’t set out to exclusively choose female mentors when she started out in scientific research, but by following her research interests, that’s what happened. “I have been mentored by what I call a dream team of women faculty,” she says.

Ringel joined the Ragon in January 2022 as one of three faculty recently hired in newly created joint appointment positions between the Ragon Institute and the Department of Biology at Massachusetts Institute of Technology. She currently studies how T cells — white blood cells that help protect against infection and can help fight cancer — survive in stressful environments. Originally from Wilton, CT, Ringel’s first research experience was in yeast genetics as an undergrad at Wesleyan University. “I was really given a lot of freedom to pursue my own ideas … having that very early exposure and freedom to manipulate systems experimentally, make hypotheses, make mistakes, really solidified my interest,” she says.

Ringel graduated with two bachelor’s degrees — one in molecular biology and biochemistry, and one in physics — and completed a molecular biophysics PhD at Johns Hopkins University School of Medicine in the lab of structural biologist Cynthia Wolberger. She studied how chromatin-modifying enzymes — enzymes that modify the material that our chromosomes are made of, affecting gene expression — choose which proteins to modify. The experience was a very positive one. “Not only was that an incredibly rich environment, but she was also a very supportive mentor, and still is a supportive person in my life,” Ringel says.

As Ringel was finishing up her PhD, she became more interested in the small molecule cofactors that catalyze reactions involving these enzymes. She started to look into labs studying immunology and metabolism, and she met cell biologist Marcia Haigis, who became Ringel’s postdoctoral mentor at Harvard Medical School (HMS). Ringel, Haigis and their collaborators identified a single gene change in cancerous tumor cells that prevented T cells from functioning properly in obese mice, suggesting that obesity can have an impact on the immune system’s ability to recognize and clear a tumor.

Ringel also became a close collaborator with Arlene Sharpe, chair of the Immunology Department at HMS. Seeing how both Haigis and Sharpe were able to balance success in science with fulfilling personal lives has been a great inspiration to Ringel, who has two young sons. “Working for women who had done the whole thing — they had been amazing scientists, they had made significant discoveries that advanced their field, they all had families, they all had navigated tenure processes at really big, impactful research institutions — has been enormously helpful and inspiring to me throughout my career trajectory,” she says. Her advice for women in STEM and STEM-related fields? “Don’t be dissuaded by the challenges. Understand them and use them for your forward momentum.”

Ringel has been enjoying starting her own lab in her dual-appointment role and is currently looking at how T cells can restrict the growth of tumors. “I’m particularly excited about this connection between MIT Biology and the Ragon Institute,” she says. “I was so excited to land here because the Ragon Institute is a real powerhouse in everything immunology, and MIT Bio has the immense depth and breadth of scientific interest. This position was really unique in having both of those arms represented.”