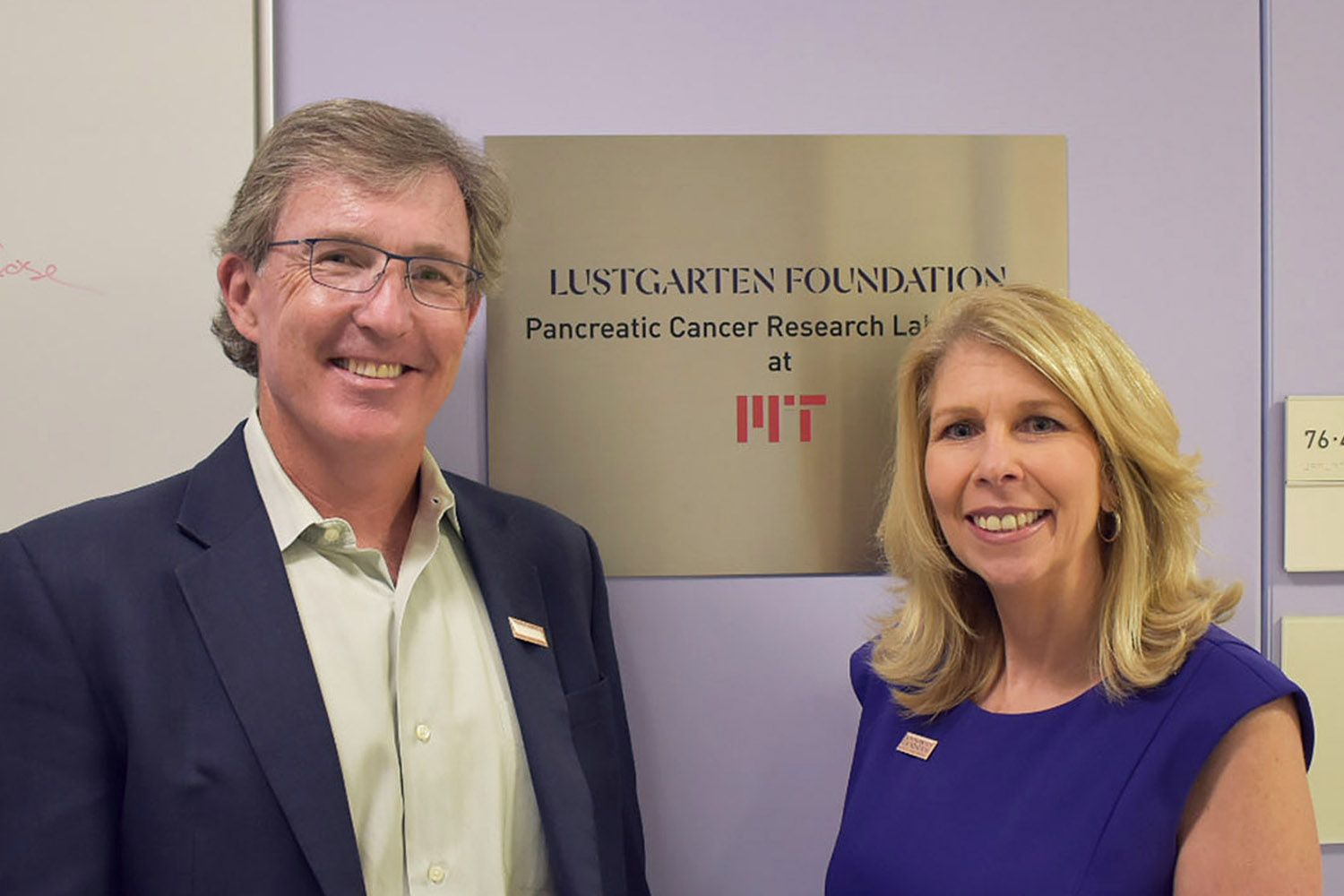 Genetically complex and hard to detect in its early stages, pancreatic cancer is the fourth leading cause of cancer mortality in the U.S. It is also a long-standing staple of the MIT cancer research portfolio, with multiple active projects at the Koch Institute and beyond seeking to transform the way the disease is studied and treated.

The Lustgarten Foundation’s investment will support postdocs, graduate students, technicians and a senior scientist for its duration. The Lustgarten Lab’s goals are to better understand the immunological conditions and genetic events that contribute to the development of pancreatic cancer, to study the disease on a single-cell level in both humans and mouse models, and to develop novel high throughput tools for culture and drug testing using mini-organs known as organoids.

The Jacks lab is ideally suited for this massive undertaking, thanks to its solid portfolio of pancreatic cancer research, developed with the support of the Lustgarten Foundation and others, and its deep connections with both biology and engineering laboratories at the Koch Institute and across the MIT campus.

At the dedication ceremony, David Tuveson, the chief scientist of the Lustgarten Foundation, praised the Jacks lab’s “collective skills and talents” and its “highly collaborative approach” as the driving force behind many advances in pancreatic cancer research over the last two decades, a legacy of which Tuveson is part.

Of mice and mentorship

Jacks is widely considered a pioneer in the development of engineered mouse models of human cancers. It was in his laboratory, then a part of MIT’s Center for Cancer Research, the predecessor to the Koch Institute, that Tuveson began work on what would become the KPC mouse model of pancreatic ductal adenocarcinoma (PDAC). The model, which centers around the exploitation of commonly mutated genes Kras (a cancer driver) and p53 (a tumor suppressor) is now the gold standard for pre-clinical studies of the disease. With it, scientists can trace the development of tumors inside a living pancreas from a single mutated cell to metastatic invasion of distant organs.

In a way, the model presents a microcosm of the robust training environment within the Jacks Lab. Current postdoctoral researcher and designated Lustgarten Lab lead scientist Will Freed-Pastor praises his mentor’s willingness to step back and give his mentees space to make their own marks on the world. “Training future leaders,” he says, “is one of Tyler’s most valuable contributions to the field.”

With the new resources from Lustgarten, Jacks looks forward to bringing even more researchers into field and applying knowledge gained from his lab’s work in lung cancer, immunology, and gene editing to the unique challenges of pancreatic tumors.

“We have a formidable team and it is only going to get stronger,” Jacks says. “We are grateful for the Lustgarten Foundation’s investment in our work as it allows us to recruit new investigators from across MIT who have never worked in pancreatic cancer before but whose tools and approaches will help us develop new treatment paradigms for early diagnosis and intervention.”

The naming of the Lustgarten Laboratory for Pancreatic Cancer Research at MIT is happening side-by-side with that of Brian Wolpin’s lab across the river at Dana-Farber Cancer Institute. In addition to serving as the Jacks lab’s clinical liaison, Wolpin has collaborated on pancreatic cancer research with Matthew Vander Heiden, professor of biology and associate director of the Koch Institute.

The dual investment represents a milestone for the Lustgarten Foundation — the second and third lab spaces dedicated to pancreatic cancer research — in its 20th anniversary year. Tuveson heads the first, Cold Spring Harbor Laboratory, where he is now a professor and the director of the Cancer Center.

“We are so excited to usher in a new era of pancreatic cancer research,” says Kerri Kaplan, president and chief executive officer of the Lustgarten Foundation. “Twenty years ago, this was truly an ‘orphan’ disease, but thanks to the commitment and innovative approaches of these researchers at MIT and beyond, we are rapidly expanding our knowledge and ability to improve patient outcomes.”

As a researcher himself and the shepherd of MIT’s transition from the Center for Cancer Research to the Koch Institute, Jacks has long sought to balance basic science research with clinical applications. Pancreatic cancer was among the first disease areas identified as a priority for the Bridge Project, the Koch Institute’s signature collaboration between MIT and Dana-Farber/Harvard Cancer Center. The Lustgarten Foundation was among the primary supporters of the Bridge Project in its inaugural year. Even with these resources, however, pancreatic cancer continues to be a difficult disease to approach.

Jacks and his colleagues describe the Lustgarten investment as high-risk, high-reward — an innovation fund to move beyond incremental improvements at both the bench and the bedside.

“This gives us the freedom to ask very challenging questions about cancer cells themselves and the immune system,” Freed-Pastor says.

Jacks agrees. “This is exactly the right time for this work,” he says. “We understand so much more about this disease than we did two decades ago, and we now have the teams and technologies to transform that knowledge into actionable solutions for patients. We are honored by the Lustgarten Foundation’s trust in that endeavor.”