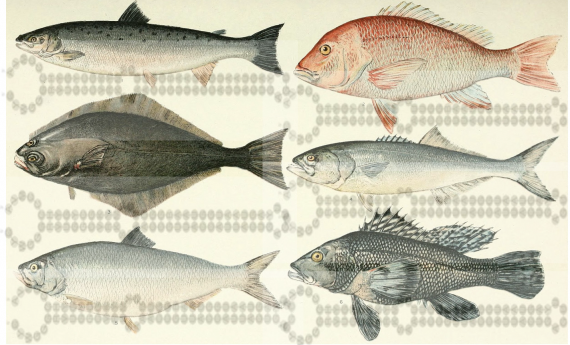 Beyond tending to its multitudes of genetic, metabolic, and developmental processes, eukaryotic cells must additionally be vigilant against invasion by parasitic sequences such as viruses and transposons. RNA interference (RNAi) is a defense used by eukaryotic cells to protect themselves from such threats to their genomic harmony. Cellular RNAi components slice and destroy invading double-stranded RNA sequences and also help snip and process microRNAs, RNA sequences encoded by the genome that play key roles in gene regulation. An important process that occurs naturally in our cells, RNAi has also been harnessed by scientists as a tool to study gene function in common models such as worms, fruit flies, and mice. While many researchers have been using RNAi to tease apart gene function for over a decade, those using zebrafish, a powerful vertebrate model, have been forced to use other approaches because RNAi just did not seem to work well in these animals. Now, researchers at Whitehead Institute have uncovered how small changes in the fish Argonaute (Ago) protein, an RNA slicing protein, that happened in its lineage an estimated 300 million years ago greatly diminished the efficiency of RNAi in these animals, while another ancestral feature, in a critical pre-microRNA, was retained that enabled the microRNA to still be produced despite the fish’s impaired Ago protein.

In an article published December 21 in the journal Molecular Cell, graduate student Grace Chen, along with both Whitehead Member David Bartel, also a professor of biology at Massachusetts Institute of Technology (MIT) and investigator with the Howard Hughes Medical Institute, and Whitehead Member and MIT professor of biology Hazel Sive, describe their discovery of a roughly 300 million-year-old, two amino acid substitutions in the fish Ago protein. The substitution is present in the ancestor all teleost fish, the class of fish which includes not only zebrafish but also the vast majority of fish species spanning those populating the ocean, aquarium, and supermarket. These two changes reside in and near the protein’s catalytic site and greatly decrease the ability of the fish Ago to perform its RNA slicing function, offering an explanation for why RNAi has not been a useful tool in zebrafish.

Despite the zebrafish’s deficiencies in RNAi, it is still able to produce the microRNA miR-451, an important regulator of red blood cell maturation and the only microRNA processed by Ago (the rest are produced with another protein called Dicer). MicroRNAs are short stretches of RNA that can regulate gene expression by inhibiting translation of mRNA into a protein and directing the destruction of mRNA before it can be used to make more protein. Since Chen had discovered that zebrafish lack an efficient Ago protein, it was mysterious as to how are fish were able to produce Ago cleavage-dependent miR-451. The Ago protein must process miR-451 by slicing the sequence out of a longer strand of RNA that has folded up on itself, forming a hairpin structure. What they determined was that in the pre-miR-451 hairpin in zebrafish, at a critical position in the miRNA, they found a “G–G” pairing mismatch that actually appears to facilitate cleavage by the impaired zebrafish Ago. No mismatch, no efficient cleavage.

Exploring the effects of a seed sequence mismatch on Ago-catalyzed cleavage kinetics further, they then tested its ability to slice other bound transcripts. The researchers discovered that while, as might be expected, a G–G mismatch slows Ago binding, it significantly enhances both slicing efficiency as well as the release of the bound product, more than off-setting the slower binding reaction kinetics and suggesting that non- “Watson–Crick” base pairing creates an exceptionally favorable geometry for the cleavage and release parts of the reaction.

These findings offer interesting insights into how animals can survive and thrive without an efficient RNAi system and suggest how the Ago protein could be “repaired” in order to allow zebrafish researchers to use RNAi in their experiments. Restoring a function that a lineage hasn’t had for 300 million years might also fuel additional findings into how the teleost class has diverged over time.

David Bartel’s primary affiliation is with Whitehead Institute for Biomedical Research, where his laboratory is located and all his research is conducted. He is also a professor of biology at Massachusetts Institute of Technology and investigator with the Howard Hughes Medical Institute.