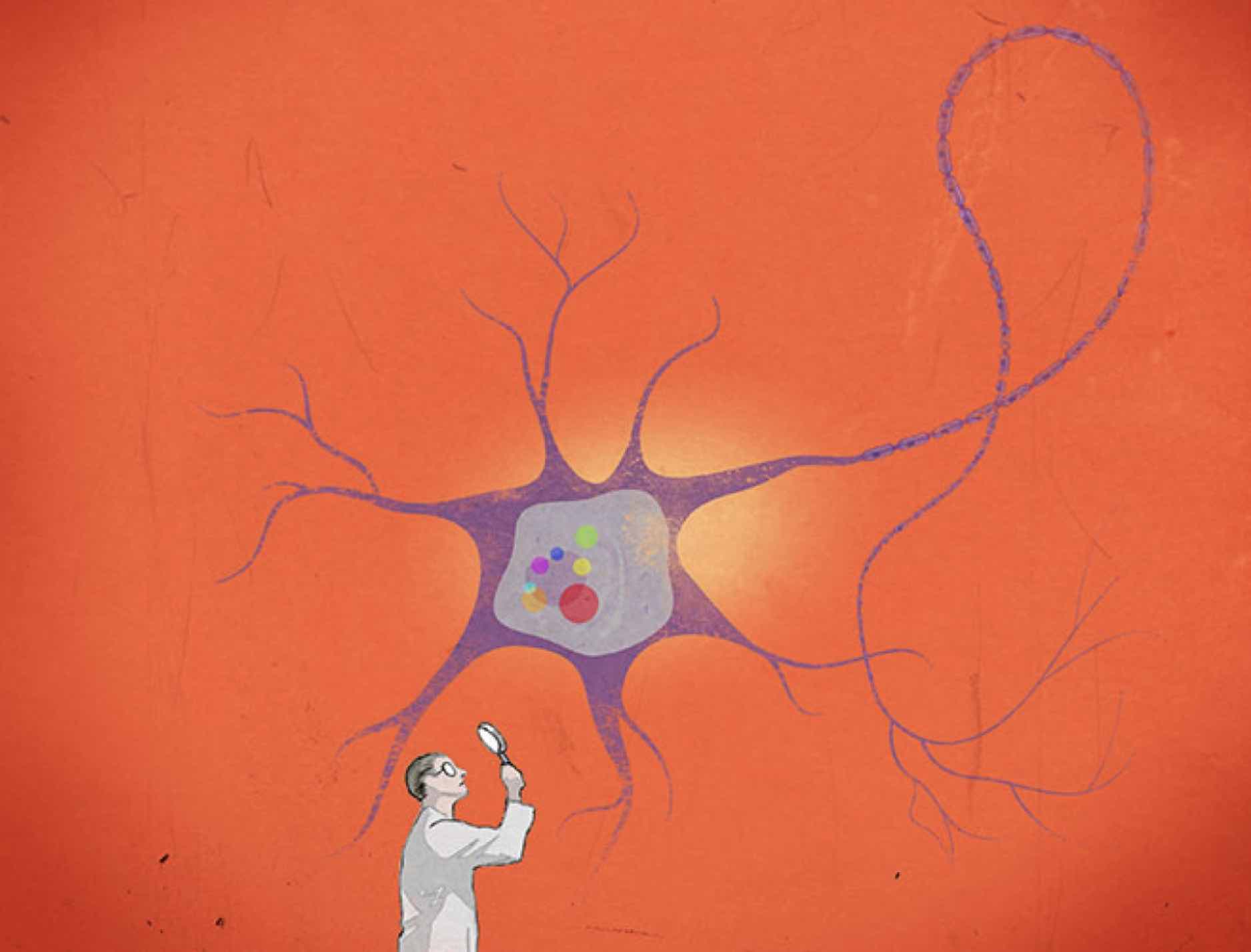 Drug overdose, mostly from opioid use, is the leading cause of accidental death in the United States. Prior studies of twins have revealed that genetics play a key role in opioid use disorder. Researchers know that a mixture of genetic and environmental risk factors contribute to heritability of the disorder, but identifying the specific risk factors is challenging. Opioid use disorder is complex, so instead of one or a few genes causing the disorder, there may be many contributing factors that can combine in different ways. Researchers want to understand which genes contribute to opioid use disorder because this will lead to a better understanding of its underlying biology and could help identify people who will be most at risk if exposed to opioids, enabling researchers, health care providers, and social services to develop strategies for prevention, treatment, and support.

The usual approach for finding genes associated with disease risk is to do a genome wide association study, which compares the genetics of many people to identify patterns in different gene versions occurring in association with a disease. This approach is being used to look at opioid use disorder, but requires many more patient samples than are currently available to reach clear conclusions. Researchers from multiple research universities and institutes, including Whitehead Institute Member Olivia Corradin and her former PhD advisor, Case Western Reserve University Professor Peter Scacheri; as well as Icahn School of Medicine Professor Schahram Akbarian; Eric O. Johnson, a distinguished fellow at RTI International; Dr. Kiran C. Patel College of Allopathic Medicine at Nova South Eastern University Professor Deborah C. Mash; and Richard Sallari of Axiotl, Inc., developed a shortcut for identifying genes that are associated with opioid use disorder and may contribute to it using only a small number of patient samples. Genome wide studies may require hundreds of thousands of samples, but this new method, described in their research published in the journal Molecular Psychiatry on March 17, uses only around 100 samples—51 cases and 51 controls—to narrow in on five candidate genes.

“With this work, we think we’re only seeing the tip of the iceberg of the complex, diverse factors contributing to opioid overdose,” says Corradin, who is also an assistant professor of biology at the Massachusetts Institute of Technology. “However, we hope our findings can help prioritize genes for further study, to speed up the identification of risk markers and possible therapeutic targets.”

In order to learn more about the underlying biology of opioid use disorder, the researchers analyzed brain tissue samples from people who had died of opioid overdoses and compared them with samples from people with no known opioid use history who died of other accidental causes. They specifically looked at neurons from the dorsolateral prefrontal cortex, an area of the brain known to play important roles in addiction. Instead of analyzing the genes in these cells directly, the researchers instead looked at the regulators of the genes’ activity, and searched for changes in these regulators that could point them to genes of interest.

To identify a gene, first map its community

Genes have DNA regions, often close to the gene, that can ratchet up and down the gene’s expression, or the strength of its activity in certain cells. Researchers have only recently been able to map the three-dimensional organization of DNA in a cell well enough to identify all of the regulators that are close to and acting upon target genes. Corradin and her collaborators call a gene’s collection of close regulatory elements its “plexus.” Their approach finds genes of interest by searching for patterns of variation across each gene’s entire plexus, which can be easier to spot with a small sample size.

The patterns that the researchers look for in a plexus are epigenetic changes: differences in the chemical tags that affect regulatory DNA and in turn, modify the expression of the regulators’ target gene. In this case, the researchers looked at a type of epigenetic tag called H3K27 acetylation, which is linked to increases in the activity of regulatory regions. They found nearly 400 locations in the DNA that consistently had less H3K27 acetylation in the brains of people who died of opioid overdose, which would lower activity of target genes. They also identified under-acetylated DNA locations that were often specific to individuals rather than uniform across all opioid overdose cases. The researchers then looked at how many of those locations belonged to regulatory elements in the same plexus. Surprisingly, these individual-specific changes often occurred within the same gene’s plexus. A gene whose plexus had been heavily affected as a collective was flagged as a possible contributor to opioid use disorder.

“We know that the factors that contribute to opioid use disorder are numerous, and that it’s an extremely complex disease that by definition is going to be extremely heterogeneous,” Scacheri says. “The idea was to figure out an approach that embraces that heterogeneity, and then try to spot the themes within it.”

Using this approach, the researchers identified five candidate genes, ASTN2, KCNMA1, DUSP4, GABBR2, and ENOX1. One of the genes, ASTN2, is related to pain tolerance, while KCNMA1, DUSP4, and GABBR2 are active in signaling pathways that have been linked more broadly to addiction. Follow up experiments can confirm whether these genes contribute to opioid use disorder.

The five genes and their plexi are also involved in the heritability of generalized anxiety disorder, metrics of tolerance for risk-taking, and educational attainment. Heritability of these traits and opioid use disorder have previously been found to coincide, and people with opioid use disorder often also have generalized anxiety. Furthermore, heritability of these traits and opioid use disorder all have been associated with early childhood adversity. These connections suggest the possibility that early childhood adversity could be contributing to the epigenetic changes observed by the researchers in the brains of people who died of opioid overdose—a useful hypothesis for further research.

The researchers hope that these results will provide some insights into the genetics and neurobiology of opioid use disorder. They are interested in moving their research forward in several ways: they would like to see if they can identify more candidate genes by increasing their sample number, examine different parts of the brain and different cell types, and further analyze the genes already identified. They also hope that their results demonstrate the potency of their approach, which was able to discern useful patterns and identify candidate genes from the neurons of only 51 cases.