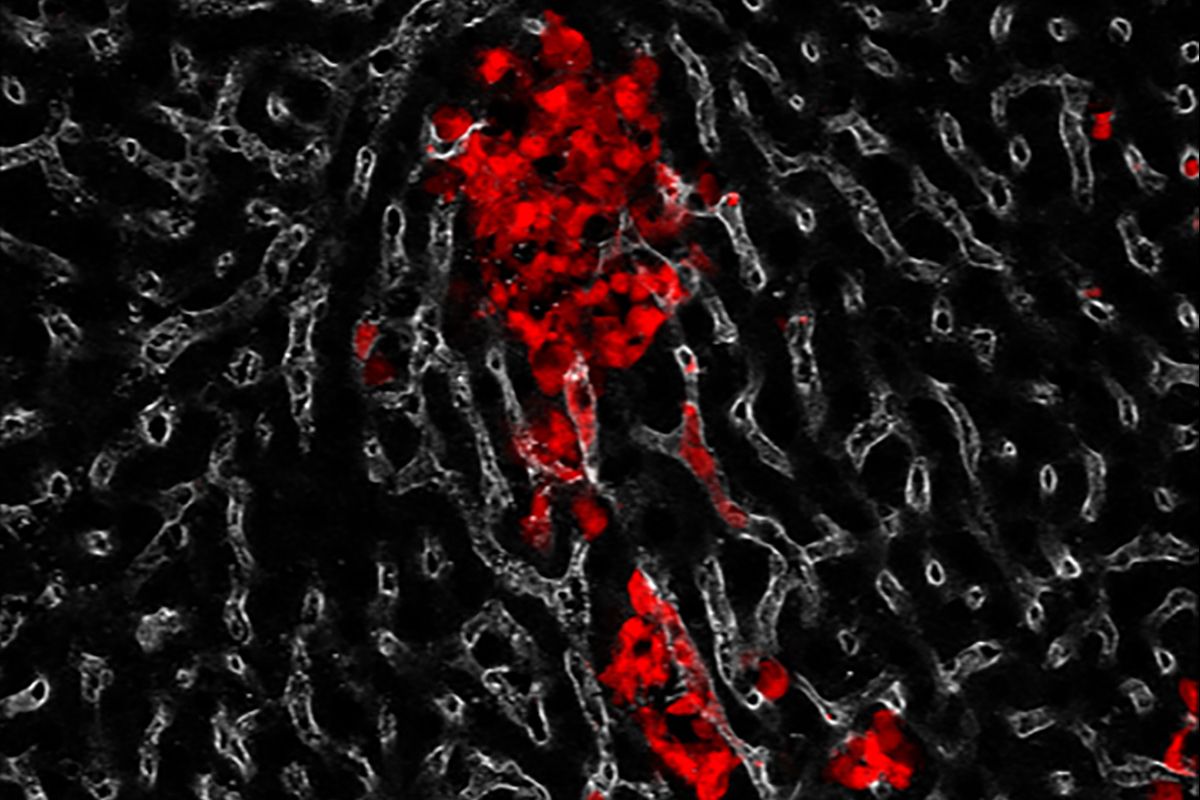 MIT researchers identify pyrimidine biosynthesis as a target for the treatment of small cell lung cancer.

Lung cancer is the leading cause of cancer-associated mortality in the United States and worldwide, with a five-year survival rate of less than 20 percent. But of the two major sub-types of lung cancer, small cell and non-small cell, small cell is more aggressive and has a much poorer prognosis. Small cell lung cancer tumors grow quickly and metastasize early, resulting in a five-year survival rate of about 6 percent.

“Unfortunately, we haven’t seen the same kinds of new treatments for small cell lung cancer as we have for other lung tumors,” says Tyler Jacks, director of the Koch Institute for Integrative Cancer Research at MIT. “In fact, patients are treated today more or less the same way they were treated 40 or 50 years ago, so clearly there is a great need for the development of new treatments.”

A study appearing in the Nov. 6 issue of Science Translational Medicine shows that small cell lung cancer cells are especially reliant on the pyrimidine biosynthesis pathway and that an enzyme inhibitor called brequinar is effective against the disease in cell lines and mouse models.

Researchers in the Jacks lab used CRISPR to screen small cell lung cancer cell lines for genes that already have drugs targeting them, or that are likely to be druggable, in order to find therapeutic targets that can be tested more quickly and easily in a clinical setting.

The group found that small cell lung cancer tumors are particularly sensitive to the loss of a gene encoding dihydroorotate dehydrogenase (DHODH), a key enzyme in the de novo pyrimidine biosynthesis pathway. Upon discovering that the sensitivity involved a metabolic pathway, the researchers sought the collaboration of the Vander Heiden lab, experts in normal and cancer cell metabolism who were already conducting studies on the role of pyrimidine metabolism and DHODH inhibitors in other cancers.

In addition to mouse model studies, the researchers tested four patient-derived small cell lung cancer tumor models and found that brequinar worked well for two of these models — one of which does not respond to the standard platinum-etoposide regimen for this disease.

“These findings are noteworthy because second-line treatment options are very limited for patients whose cancers no longer respond to the initial treatment, and we think that this could potentially represent a new option for these patients,” says Ng.

Shorter pathway to the clinic

Brequinar has already been approved for use in patients as an immunosuppressant, and there has been some preclinical research showing that brequinar and other DHODH inhibitors may be effective for other types of cancers.

“We’re excited because our findings could provide a new way to help small cell lung cancer patients in the future,” says Li. “While we still have a lot of work to do before brequinar can be tested in the clinic as a therapy for small cell lung cancer, we’re hopeful that this might happen more quickly now that we’re starting with a drug that is known to be safe in humans.”

Next steps for the researchers include optimizing the therapeutic efficacy of DHODH inhibitors and combining them with other currently available treatment options for small cell lung cancer, such as chemotherapy and immunotherapy. To help clinicians tailor treatments to individual patients, researchers will also work to identify biomarkers for tumors that are susceptible to this therapy, and investigate resistance mechanisms in tumors that do not respond to this treatment.

The research was funded, in part, by the MIT Center for Precision Cancer Medicine and the Ludwig Center for Molecular Oncology at MIT.