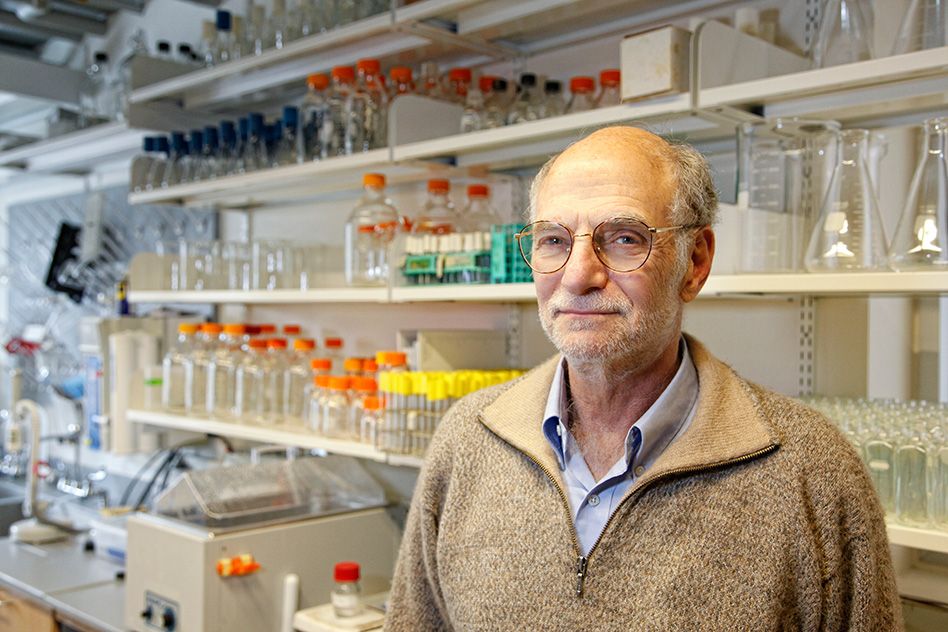 MIT alumnus and two others honored for discovering the molecular mechanisms of circadian rhythms.

Michael Rosbash, who earned his PhD from MIT in 1971, will share the 2017 Nobel Prize in physiology or medicine, the Nobel Committee announced this morning in Stockholm.

Rosbash, now a professor of biology at Brandeis University, shares the prize with Jeffrey C. Hall of the University of Maine and Michael W. Young of Rockefeller University. The scientists were honored for “their discoveries of molecular mechanisms controlling the circadian rhythm.”

In 1984, Rosbash, Hall, and Young isolated a gene that regulates these daily rhythms in fruit flies. This gene, known as period, encodes a protein that accumulates during the night and is degraded during the day. Further work revealed that this protein inhibits the gene that encodes it, creating a negative feedback loop that is key to generating continuous oscillations.

Since then, the three scientists have discovered several other genes necessary for maintaining circadian cycles, and similar processes have been found in many other organisms, including humans.

Rosbash was born in Kansas City, Missouri, but grew up in Newton, Massachusetts. He earned his bachelor’s degree at Caltech before coming to MIT to pursue a PhD in biology. He has been on the faculty at Brandeis since 1974, and he is an investigator with the Howard Hughes Medical Institute and a member of the National Academy of Sciences. In 2013, Rosbash, Hall, and Young shared the Shaw Prize in Life Sciences and Medicine for their circadian clock research.

Rosbash is the 35th MIT alumnus to win a Nobel Prize, and the 88th MIT-connected winner of the prize.