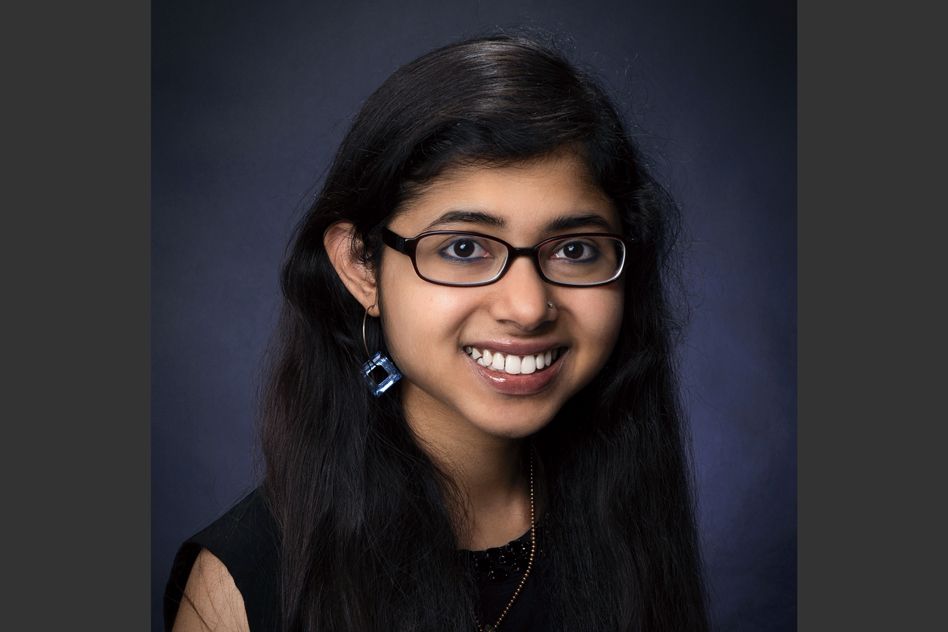 Senior majoring in computer science and molecular biology will pursue an MPhil at Cambridge University.

Meenakshi Chakraborty, a senior from Cambridge, Massachusetts, has been named a 2019 Churchill Scholar and will pursue an MPhil at Cambridge University.

Chakraborty is expected to graduate this spring with a BS in computer science and molecular biology. As a Churchill scholar she aims to pursue a master’s degree in genetics at Cambridge. When she returns to the U.S. she plans to pursue a PhD in biology with a focus on genetics.

Chakraborty realized a passion for scientific research when still in high school. After a trip to a South African hospital, she realized the devastation caused by the AIDS epidemic, and discovered a desire to participate in scientific research that could lead to medical breakthroughs. Upon her return, she learned of the work of Bruce Walker, director of the Ragon Institute of MGH, MIT, and Harvard, and a professor at MIT’s Institute for Medical Engineering and Science. Despite the fact that Chakraborty was still in high school, Walker agreed to mentor her work on a study of epidemiology of HIV.

Chakraborty next began research under the tutelage of Institute Professor Phil Sharp. Jeremy Wilusz, a former Sharp Lab postdoc and current professor of biochemistry at the University of Pennsylvania, says, “It was clear long ago that Meena was a superstar in the making. As a 15-year-old, she reached out to Phil about writing an independent report on RNA over the summer. (I believe you had to be at least 16 to do actual research in a lab at MIT, so this was her way of getting her feet wet.) She asked to meet with one of the postdocs in the lab every couple of weeks to make sure she was heading in the right direction, and I became that postdoc. We decided to have her write a report on the history and functions of circular RNAs, which had recently been the subject of several prominent papers in Nature. She would go off, read a ton of papers, write extensive outlines, and bring very thoughtful questions to my attention that we would talk about. This effort ultimately resulted in the first Wikipedia page on circular RNAs (completely her idea) that others have built upon as the field has evolved.”

When Chakraborty matriculated at MIT, she began conducting research in the Sharp Lab at the Koch Institute for Integrative Cancer Research, as an Undergraduate Research Opportunities Program (UROP) student. During her time in the lab, she has investigated cell states, and how cells with identical genetic information and the same differentiation state vary. This issue is at the center of problems in developmental biology and the mechanisms of cancer. She has worked closely with research scientist Salil Garg on this work, who says, “Meena makes everything around her more fun. Her endless enthusiasm and positivity rub off on everyone in lab. Working with her has been an absolute joy. It’s hard to imagine what the lab will be like without her.”

Chakraborty received a Goldwater scholarship last year due to her exceptional work as a student and researcher. She has continued to work in the Sharp lab while she finishes her degree at MIT.

During her time at MIT, she has also worked on science advocacy with MIT Effective Altruism (EA) Club. Chakraborty plans to explore working with Cambridge EA while studying in the U.K. She hopes to use this opportunity to develop her multidisciplinary approach to research and developing treatments for life-threatening conditions.

Chakraborty was advised in her application by Kim Benard in the Office of Distinguished Fellowships and by the Presidential Committee for Distinguished Fellowships, co-chaired by Professors William Broadhead and Rebecca Saxe. The Churchill Scholarship is a competitive program that annually offers 16 students an opportunity to pursue a funded graduate degree in science, mathematics or engineering at Churchill College within Cambridge University.