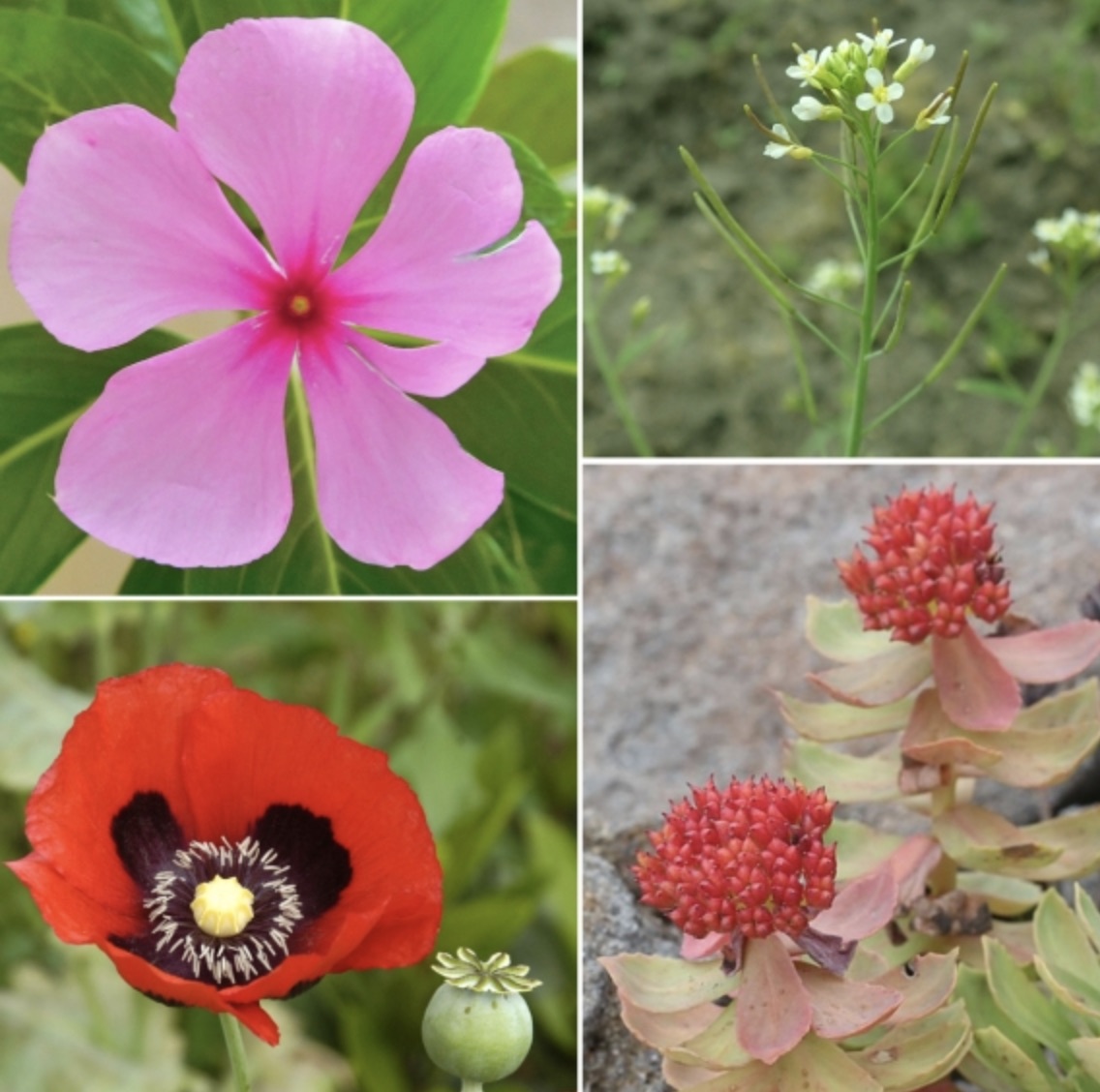 What do the painkillers morphine and codeine, the cancer chemotherapy drug vinblastine, the popular brain health supplement salidroside, and a plethora of other important medicines have in common? They are all produced in plants through processes that rely on the same family of enzymes, the aromatic amino acid decarboxylases (AAADs). Plants, which have limited ability to physically react to their environments, have instead evolved to produce a stunning array of chemicals that allow them to do things like deter pests, attract pollinators, and adapt to changing environmental conditions. A lot of these molecules have also turned out to be useful in medicine—but it’s unusual for one family of enzymes to be responsible for so many different molecules of importance to both plants and humans. New research from Whitehead Institute Member Jing-Ke Weng, who is also an associate professor of biology at the Massachusetts Institute of Technology, and postdoctoral researcher Michael Torrens-Spence delves into the science behind the AAADs’ unusual generative capacity.

Plants create their useful molecules through biochemical pathways made up of chains of enzymes. Each enzyme acts as an assembly worker, taking in a molecule—starting with a basic building block like an amino acid—and performing biochemical modifications in sequence. The altered molecules get passed down the line until the last enzyme creates the final natural product. Once the pathway enzymes for a molecule of interest have been identified, researchers can copy their corresponding genes into organisms like yeast and bacteria that are capable of producing the molecules at scale more easily than the original plants. The AAAD family of enzymes function as gatekeepers to plants’ specialized molecule production because they operate at the beginning of many of the enzyme assembly lines; they take various amino acids, molecules that are widely available in nature, and direct them into different enzymatic pathways that produce unique molecules that only exist in plants. When an AAAD evolves to perform a new function, as has occurred frequently in their evolutionary history, this change high up in the assembly lines can cascade into the development of new biochemical pathways that create new natural products—leading to the diversity of medicines that stem from AAAD-gated pathways.

Due to the AAADs’ prominent role in the production of medically important molecules, Weng and Torrens-Spence decided to investigate how the AAADs came to be so prolific. In research published in the journal PNAS on May 5, the researchers illuminate the structural and functional underpinnings of the AAADs’ diversity. They also demonstrate how their detailed knowledge of the enzymes can be used to engineer novel enzymatic pathways to produce important molecules of interest from plants.

“We characterized these enzymes very thoroughly, which is a great starting place for manipulating the system and engineering it to do something new. That’s particularly exciting when you’re dealing with enzymes at the interface between primary and specialized plant metabolism; it can apply to a lot of downstream drugs,” Torrens-Spence says.

The AAAD family evolved from one ancestral enzyme into a diverse set of related enzymes over a relatively short period of time. This sort of diversification occurs when an enzyme gets accidentally duplicated, after which one copy has evolutionary pressure on it to maintain the same function, but the other copy suddenly has free range to evolve. If the superfluous enzyme mutates to do something new that is useful to the organism, from then on both enzymes, with their distinct roles, are likely to be maintained. In the case of the AAADs, this process occurred many times, leading to a large number of enzymes that appear almost exactly alike, yet can do very different things.

In order to explain the AAADs’ successful rate of diversification, the researchers took a close look at four enzymes in the AAAD family with different roles, and discovered the composition and three-dimensional shape—the crystal structure—of each. The crystal structure allowed the researchers to see how these molecular machines hold and modify specific molecules; this meant that they could understand why some AAADs initiate certain specialized-molecule production lines while other AAADs initiate alternative production lines. The researchers next used genetics and biochemistry to pinpoint the differences between the enzymes and how small genetic variations enact very major changes to the enzyme’s underlying machinery. This detailed analysis explained, among others things, how a subset of enzymes that evolved out of the AAADs, the aromatic acetaldehyde synthases (AASs), came to perform a completely different action on molecules while still being so similar to true AAADs that the two types of enzymes are often mistaken for each other.

After the researchers developed this thorough understanding of the AAAD family of enzymes, as well as knowledge of the AAAD-containing pathways that create useful medicinal molecules, they applied this knowledge by engineering an entirely new pathway to create a molecule of interest, (S)-norcoclaurine, a precursor molecule for morphine and other poppy-based painkillers. Torrens-Spence combined enzymes from pathways in different species to invent a novel chain of enzyme reactions that can produce (S)-norcoclaurine in fewer steps than is seen in nature. This experiment was a proof of concept that Torrens-Spence says shows the potential for such biosynthetic engineering, for example as a method to produce plant-based drugs more easily.

“Often with these molecules of interest, you figure out the pathway in plants and copy-paste it into a more scalable system, like yeast, that will produce larger quantities of the molecule,” Torrens-Spence says. “Here we’re applying engineering principles to biology, so that we can innovate and build something new.”

Jing-Ke Weng’s primary affiliation is with Whitehead Institute for Biomedical Research, where his laboratory is located and all his research is conducted. He is also an associate professor of biology at Massachusetts Institute of Technology.