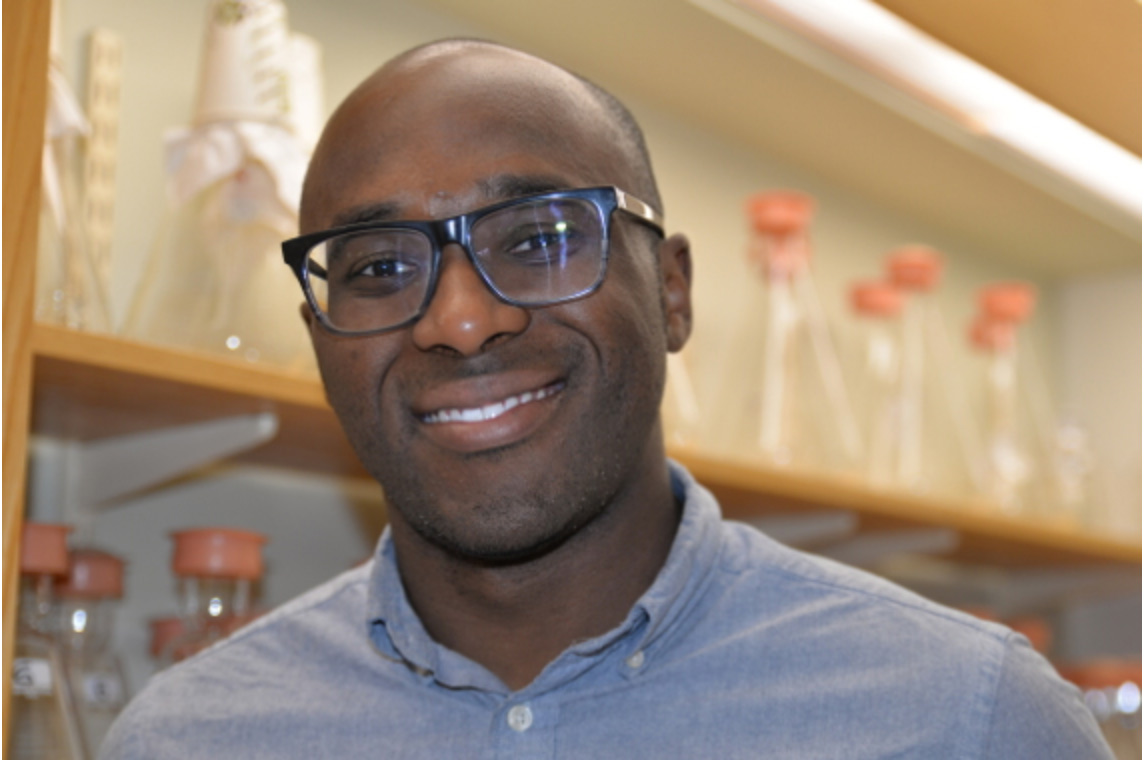 Cambridge, Mass — Jarrett Smith, postdoctoral researcher in David Bartel’s lab at the Whitehead Institute, has been announced as a recipient of the Howard Hughes Medical Institute (HHMI)’s 2018 Hanna Gray fellowship. The fellowship supports outstanding early career scientists from groups underrepresented in the life sciences. Each of this year’s fifteen awardees will be given up to $1.4 million dollars in funding over the course of their postdoctoral program and beginning of a tenure-track faculty position.

“This program will help us retain the most diverse talent in science,” said HHMI President Erin O’Shea. “We feel it’s critically important in academia to have exceptional people from all walks of life, all cultures, and all backgrounds – people who can inspire the next generation of scientists.”

For Smith, who began his postdoctoral training in the Bartel lab in January, finding out he got the fellowship was a defining moment.

“I’m grateful for the support that the fellowship will provide during the formative years of my career,” Smith says. “This kind of opportunity gives you the confidence to set ambitious research goals and find out what you can accomplish.”

In the Bartel lab, Smith studies how cells respond to stress. When a cell is exposed to environmental stressors such as heat, UV radiation, or viral infection, proteins and RNAs in the cell may clump together into dense aggregates called stress granules. Several diseases are associated with altered stress granule formation, but the exact function of stress granules and their potential role in disease are unknown. Smith is investigating changes in the cell linked to their formation. His findings could shed light on a potential role for stress granules in cancer, viral infection, and neurodegenerative disease.

Growing up, Smith was always interested in science but no one in his family had ever received a PhD, making biology research feel like an unlikely career path for him. Nevertheless, he followed his passion, which led him to a PhD program at the Johns Hopkins University School of Medicine. Despite his strong academic performance, Smith began graduate school with doubts about his ability to become a scientist. His mentors were incredible teachers but their self-assuredness could be intimidating.

“They were absolutely my role models, but I didn’t think of them as having gone through what I was going through. In the first few years, I felt like I had a lot of catching up to do,” Smith said.

Smith says he was frequently inspired and guided by his graduate school mentor, Geraldine Seydoux. Under her tutorship he became more confident in his abilities.

“I try to pick mentors who are the kind of scientist I aspire to be,” Smith said.

With that tenet in mind, he set his sights on David Bartel’s lab for his postdoctoral research. He had heard that Bartel was a great mentor and knew the Bartel lab had expertise in all of the research techniques he wanted to learn. Since arriving at Whitehead Institute, Smith says he has experienced support not only from Bartel, but from the entire lab as well.

“Jarrett’s graduate experience with P granules in nematodes brings much appreciated expertise to our lab, and we are all excited about what he will discover here on stress-granule function,” Bartel says. “Receiving this fellowship is a well-deserved honor, and I am very happy for him.”

Smith noted that he is deeply grateful for the community he’s found at Whitehead Institute. However, he also noted that throughout his scientific career he has typically been the only black person in the room. One of the joys of applying for the fellowship was meeting the rest of the candidates, a diverse and impressive group of scientists, he says. He looks forward to seeing the other fellows again at meetings hosted by the HHMI.

“I’ve never really had a scientific role model that shared those experiences or that I could identify with in that way,” Smith says, but he hopes that future aspiring scientists won’t have to go through the same experience. His brother-in-law recently began an undergraduate major in biology. Smith enjoys being there to answer his questions about school work or life as a researcher.

“I’d never ask him if he thinks of me as a role model,” Smith says, laughing. “But I’m glad that I have the chance to help people who—like I did—might question whether they could be successful in the sciences.” With the support of the fellowship and his lab, and an exciting research question he is eager to tackle, Smith has never been more certain that he belongs right where he is.