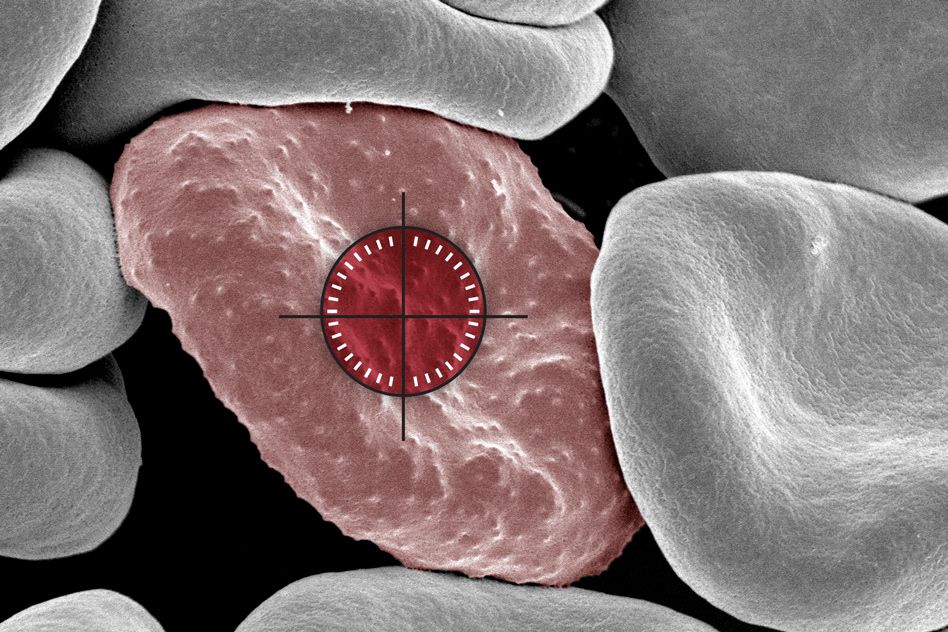 Natural killer cells’ failure to respond to infection may explain why the disease is more grave in some patients.

At least 250 million people are infected with malaria every year, and about half a million of those die from the disease. A new study from MIT offers a possible explanation for why some people are more likely to experience a more severe, and potentially fatal, form of the disease.

The researchers also showed that they could stimulate NK cells to do a better job of killing infected red blood cells grown in a lab dish. This suggests a possible approach for developing treatments that could help reduce the severity of malaria infections in some people, especially children, says Jianzhu Chen, one of the study’s senior authors.

“This is one approach to that problem,” says Chen, an MIT professor of biology and a member of MIT’s Koch Institute for Integrative Cancer Research. “Most of the malaria patients who die are children under the age of 5, and their immune system has not completely formed yet.”

Peter Preiser, a professor at Nanyang Technical University (NTU) in Singapore, is also a senior author of the study, which appears in the journal PLOS Pathogens on Oct. 4. The paper’s lead authors are NTU and Singapore-MIT Alliance for Research and Technology (SMART) graduate students Weijian Ye and Marvin Chew.

In 2010, Chen and his colleagues engineered strains of mice that produce several types of human immune cells and red blood cells. These “humanized” mice can be used to study the human immune response to pathogens that don’t normally infect mice, such as Plasmodium falciparum, the parasite that causes malaria.

A few years later, the researchers used those mice to investigate the roles of NK cells and macrophages in malaria infection. These two cell types are key players in the innate immune system, a nonspecific response that acts as the first line of defense against many microbes. Chen and his colleagues found that when they removed human NK cells from the mice and infected them with malaria, the quantity of parasites in the blood was much greater than in mice with NK cells. This did not happen when they removed human macrophages, suggesting that NK cells are the most important first-line defenders against malaria.

In that study, the researchers also found that in about 25 percent of the human blood samples they used, the NK cells did not respond to malaria at all. In the new paper, they set out to try to find out why that was the case. To do that, they sequenced the RNA of NK cells before and after they encountered malaria-infected red blood cells. This allowed the researchers to identify a small number of genes that get turned on in malaria-responsive NK cells but not in nonresponsive cells.

Among these genes was one that codes for a protein called MDA5, which was already known to be involved in helping immune cells such as NK cells and macrophages recognize foreign RNA. Further studies revealed that malaria-infected red blood cells secrete tiny bubbles called microvesicles that carry pieces of RNA from the malaria parasite. The studies also showed that NK cells absorb these microvesicles. If MDA5 is present, the NK cell is activated to kill the infected blood cell.

Nonresponsive NK cells, which have lower levels of MDA5, fail to recognize and kill the infected cells. NK cells are also responsible for secreting cytokines that summon T cells and other immune cells, so their failure to activate also hinders other elements of the immune response.

Chen and his colleagues also showed that they could activate the nonresponsive NK cells by treating them with a synthetic molecule called poly I:C, which is structurally similar to double-stranded RNA. For poly I:C to be effective, the researchers had to package it into tiny spheres called liposomes, which allow it to enter cells just like the RNA-carrying microvesicles do.

The researchers also found a correlation between the levels of MDA5 in the NK cells and the disease severity experienced by the patients who donated the blood samples. Next, they hope to take cells from human patients and use them to further examine this correlation in humanized mice, and also to explore whether treating the mice with poly I:C would have the same beneficial effect they saw in cells grown in a lab dish.

The research was funded by the National Research Foundation of Singapore through the SMART Interdisciplinary Research Group in Infectious Disease Research Program.