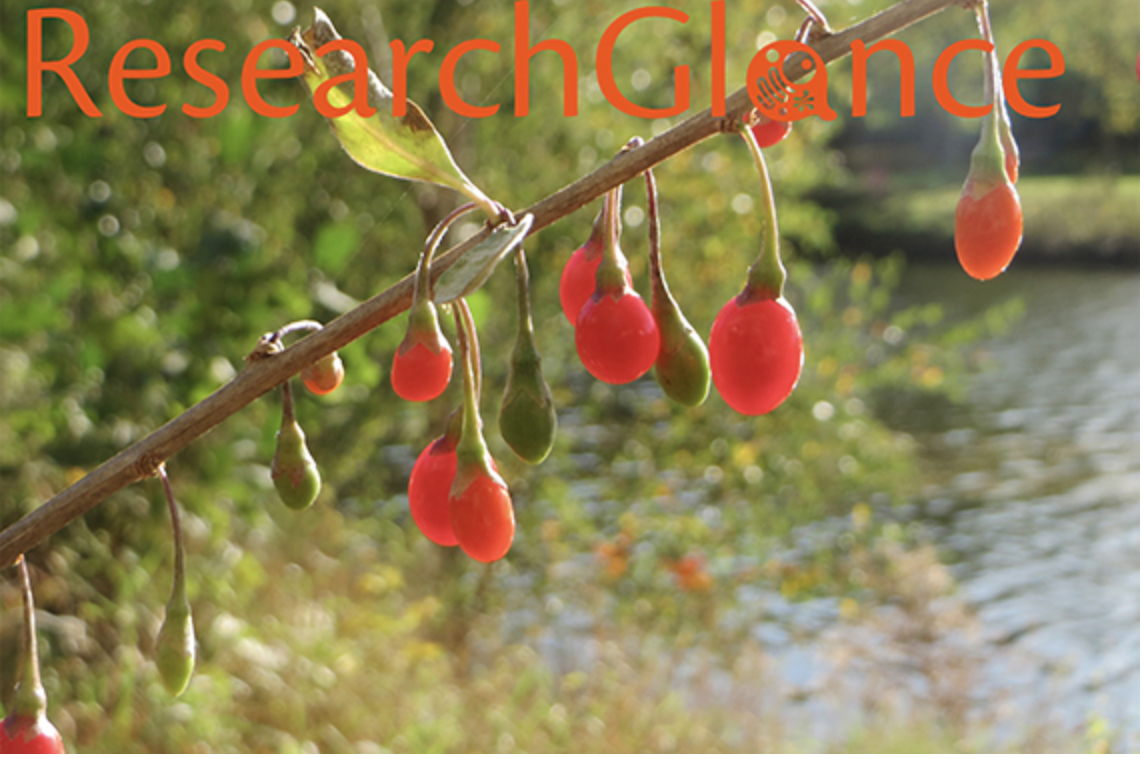 Plants have been a rich source of medicines for thousands of years. Compounds such as artemisinin, for example, used to treat malaria, and morphine, a pain reliever, are mainstay therapeutics derived from plants. However, several roadblocks in plant chemistry research have prevented scientists from tapping into the full potential of plant-based medicinal compounds, thwarting drug discovery and development. Researchers typically screen for molecules of interest by breaking the plant into very small pieces, using biochemistry to test the activity of the pieces, and isolating the molecules responsible for the activity. It is often difficult, however, to pick the right compound responsible for a medicinal effect out of the plant mixture, or to identify the genes responsible for producing it.

The Chinese wolfberry plant (Lycium barbarum), also known as goji berry, has been used in traditional Chinese herbal medicine for millennia to treat symptoms such as high blood pressure. Researchers had identified small protein-like molecules called lyciumins, produced by the goji berry, as the source of its antihypertensive properties but little else was known about the molecules.

In research published online October 29 in the journal Proceedings of the National Academy of Sciences, Whitehead Institute Member Jing-Ke Weng and postdoctoral researcher Roland Kersten describe an approach to speed up the process of identifying plant chemistry that they used to investigate lyciumins. The approach capitalizes on the growing number of plants that have had their genomes sequenced. The wealth of genomic data available enabled Kersten to identify the gene that is associated with lyciumin production in goji berries by searching for a DNA sequence that matched the sequences of the lyciumins. Once Kersten found the matching precursor gene in goji berries he inserted it into a tobacco plant, which began producing lyciumins, confirming that he had found the right gene.

Kersten then hunted for lyciumin-producing genes in other plant genomes using a common feature of the genes that he had identified as a search query. He discovered more than one hundred unknown lyciumins in everything from potatoes to beets to soybeans.

Having sped up the gene discovery stage, Kersten used gene expression techniques to likewise speed up the molecule production stage. Being able to quickly produce large quantities of a drug candidate is necessary for testing and manufacturing the drug. Kersten edited the lyciumin precursor genes to make more copies of the molecule and then inserted the edited genes into the tobacco plant to mass produce lyciumins up to 40 times faster than the original plants. Kersten was also able to edit the lyciumins’ DNA sequences to alter the molecules’ structure, creating new varieties of lyciumins not found in nature. Together, these results allow for the future creation of a lyciumin library, a valuable repository for drug discovery research. Millions of different lyciumins can be grown in tobacco and tested for their efficacy as antihypertensive drugs or in other potential agrochemical and pharmaceutical applications.

Weng and Kersten’s approach leverages the recent explosion in plant genomics to uncover important medicinal compounds in plants and reveal the secrets of plants used in traditional global medicine for generations. For Kersten, the research was also an exciting demonstration of just how much undiscovered chemistry lies waiting to be tapped in even the best-studied crop plants.

“Gene-guided discovery and engineering of branched cyclic peptides in plants”