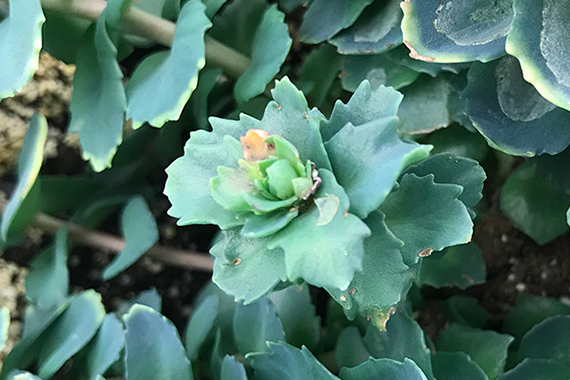 Cambridge, MA – Researchers at Whitehead Institute have reconstructed the full suite of biochemical steps required to make salidroside, a plant-derived compound widely used in traditional medicine to combat depression and fatigue and boost immunity and memory. Their new study, which appears online this week in the journal Molecular Plant, resolves some long-standing questions about how this compound is manufactured by a type of high-altitude plant, known commonly as golden root. This work not only paves a path toward large-scale synthetic efforts—thereby protecting plants already in danger of extinction—but also provides a model for dissecting the biochemical synthesis of a host of natural products, which represent a treasure trove for modern medical discoveries.

“By cracking open the natural synthesis of this compound, known as salidroside, we have helped eliminate a major bottleneck in the broader development of plant-derived natural products into pharmaceuticals,” says Jing-Ke Weng, the senior author of the paper, a Member of Whitehead Institute, and an assistant professor of biology at Massachusetts Institute of Technology. “We simply can’t rely on the native plants as the sole sources of these biologically important molecules.”

Golden root, also called Tibetan ginseng, typically grows in high-altitude, arctic environments, such as Tibet. It is well known in Eastern cultures for its medicinal properties and produces a variety of chemical substances, particularly salidroside, which have garnered interest in the biomedical research community for their potential therapeutic effects.

“People have tried to farm golden root, but the medicinal value is much lower because the plants make much less salidroside when cultivated outside of their normal habitat,” says Weng.

That means collecting enough salidroside to fuel scientific studies is largely impossible, without risking the viability of these plants and their surroundings. So Weng and his team, including first author Michael Torrens-Spence, set out to find a better way. “If we can figure out how plants make these high-value natural products, then we can devise sustainable engineering approaches to recreate such molecules—we won’t have to destroy nature in order to harness its riches,” says Torrens-Spence, a postdoctoral researcher in Weng’s laboratory.

Torrens-Spence and his colleagues used a systematic multi-omics approach to characterize various tissues from a three-month-old, greenhouse-grown golden root plant. By correlating the active genes with the abundance of key metabolites between various tissue types, the researchers created a massive biochemical catalog of the plant’s tissues.

The researchers then mined these data and matched the likely biochemical precursors of salidroside with the candidate genes (and their corresponding enzymes) responsible for those compounds’ synthesis. This approach allowed Weng and his team to create a kind of draft blueprint of how salidroside is made in nature.

To test the validity of this draft blueprint—and the molecular players from the golden root plant that comprise it—the scientists turned to two well-studied laboratory organisms: the baker’s yeast Saccharomyces cerevisiae and the tobacco plant Nicotiana benthamiana. Normally, these organisms do not make salidroside. But if the researchers’ model was correct, by inserting the candidate genes involved in salidroside synthesis Weng and his colleagues should be able to bestow that special property upon them.

That is precisely what the researchers did. Using three key enzymes they identified through their “-omics” approach, including 4HPAAS (4-hydroxyphenylacetaldehyde synthase), 4HPAR (4-hydroxyphenylacetaldehyde reductase), and T8GT (tyrosol:UDP-glucose 8-O-glucosyltransferase), they engineered yeast and tobacco plants with the capacity to make salidroside. Notably, this biochemical pathway for synthesizing salidroside involves three enzymes, rather than four, as had previously been proposed.

“This is an exciting proof-of-principle for how we can systematically unlock the biochemistry behind a range of intriguing plant-derived natural products,” says Weng. “With this capability, we can accelerate biomedical studies of these unique compounds as well as their potential therapeutic development.”