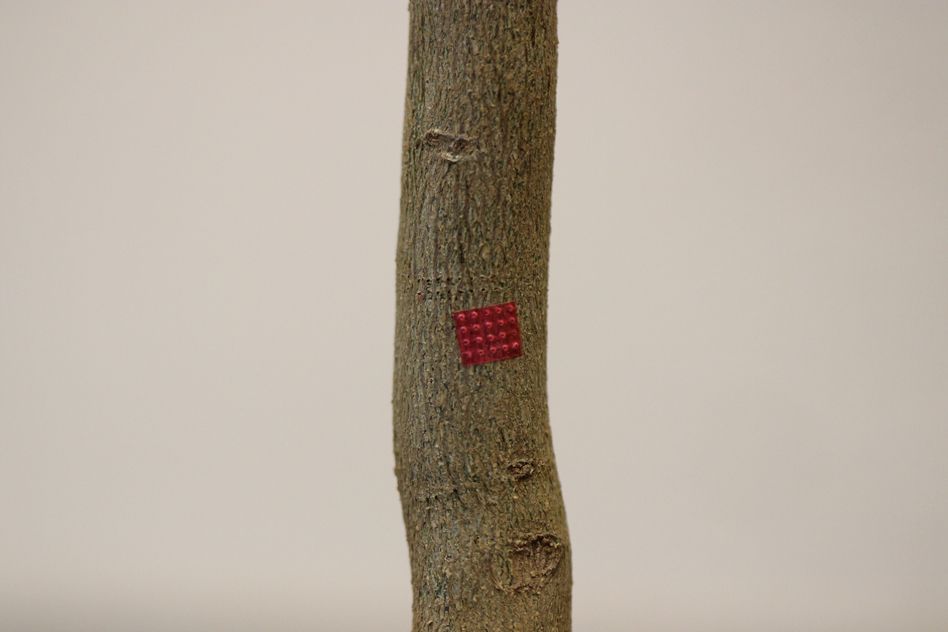 Microneedles made of silk-based material can target plant tissues for delivery of micronutrients, hormones, or genes.

While the human world is reeling from one pandemic, there are several ongoing epidemics that affect crops and put global food production at risk. Oranges, olives, and bananas are already under threat in many areas due to diseases that affect plants’ circulatory systems and that cannot be treated by applying pesticides.

A new method developed by engineers at MIT may offer a starting point for delivering life-saving treatments to plants ravaged by such diseases.

These diseases are difficult to detect early and to treat, given the lack of precision tools to access plant vasculature to treat pathogens and to sample biomarkers. The MIT team decided to take some of the principles involved in precision medicine for humans and adapt them to develop plant-specific biomaterials and drug-delivery devices.

The method uses an array of microneedles made of a silk-based biomaterial to deliver nutrients, drugs, or other molecules to specific parts of the plant. The findings are described in the journal Advanced Science, in a paper by MIT professors Benedetto Marelli and Jing-Ke-Weng, graduate student Yunteng Cao, postdoc Eugene Lim at MIT, and postdoc Menglong Xu at the Whitehead Institute for Biomedical Research.

The microneedles, which the researchers call phytoinjectors, can be made in a variety of sizes and shapes, and can deliver material specifically to a plant’s roots, stems, or leaves, or into its xylem (the vascular tissue involved in water transportation from roots to canopy) or phloem (the vascular tissue that circulates metabolites throughout the plant). In lab tests, the team used tomato and tobacco plants, but the system could be adapted to almost any crop, they say. The microneedles can not only deliver targeted payloads of molecules into the plant, but they can also be used to take samples from the plants for lab analysis.

The work started in response to a request from the U.S. Department of Agriculture for ideas on how to address the citrus greening crisis, which is threatening the collapse of a $9 billion industry, Marelli says. The disease is spread by an insect called the Asian citrus psyllid that carries a bacterium into the plant. There is as yet no cure for it, and millions of acres of U.S. orchards have already been devastated. In response, Marelli’s lab swung into gear to develop the novel microneedle technology, led by Cao as his thesis project.

The disease infects the phloem of the whole plant, including roots, which are very difficult to reach with any conventional treatment, Marelli explains. Most pesticides are simply sprayed or painted onto a plant’s leaves or stems, and little if any penetrates to the root system. Such treatments may appear to work for a short while, but then the bacteria bounce back and do their damage. What is needed is something that can target the phloem circulating through a plant’s tissues, which could carry an antibacterial compound down into the roots. That’s just what some version of the new microneedles could potentially accomplish, he says.

“We wanted to solve the technical problem of how you can have a precise access to the plant vasculature,” Cao adds. This would allow researchers to inject pesticides, for example, that would be transported between the root system and the leaves. Present approaches use “needles that are very large and very invasive, and that results in damaging the plant,” he says. To find a substitute, they built on previous work that had produced microneedles using silk-based material for injecting human vaccines.

“We found that adaptations of a material designed for drug delivery in humans to plants was not straightforward, due to differences not only in tissue vasculature, but also in fluid composition,” Lim says. The microneedles designed for human use were intended to biodegrade naturally in the body’s moisture, but plants have far less available water, so the material didn’t dissolve and was not useful for delivering the pesticide or other macromolecules into the phloem. The researchers had to design a new material, but they decided to stick with silk as its basis. That’s because of silk’s strength, its inertness in plants (preventing undesirable side effects), and the fact that it degrades into tiny particles that don’t risk clogging the plant’s internal vasculature systems.

They used biotechnology tools to increase silk’s hydrophilicity (making it attract water), while keeping the material strong enough to penetrate the plant’s epidermis and degradable enough to then get out of the way.

Sure enough, they tested the material on their lab tomato and tobacco plants, and were able to observe injected materials, in this case fluorescent molecules, moving all they way through the plant, from roots to leaves.

“We think this is a new tool that can be used by plant biologists and bioengineers to better understand transport phenomena in plants,” Cao says. In addition, it can be used “to deliver payloads into plants, and this can solve several problems. For example, you can think about delivering micronutrients, or you can think about delivering genes, to change the gene expression of the plant or to basically engineer a plant.”

“Now, the interests of the lab for the phytoinjectors have expanded beyond antibiotic delivery to genetic engineering and point-of-care diagnostics,” Lim adds.

For example, in their experiments with tobacco plants, they were able to inject an organism called Agrobacterium to alter the plant’s DNA – a typical bioengineering tool, but delivered in a new and precise way.

So far, this is a lab technique using precision equipment, so in its present form it would not be useful for agricultural-scale applications, but the hope is that it can be used, for example, to bioengineer disease-resistant varieties of important crop plants. The team has also done tests using a modified toy dart gun mounted to a small drone, which was able to fire microneedles into plants in the field. Ultimately, such a process might be automated using autonomous vehicles, Marelli says, for agricultural-scale use.

Meanwhile, the team continues to work on adapting the system to the varied needs and conditions of different kinds of plants and their tissues. “There’s a lot of variation among them, really,” Marelli says, so you need to think about having devices that are plant-specific. For the future, our research interests will go beyond antibiotic delivery to genetic engineering and point-of-care diagnostics based on metabolite sampling.”

The work was supported by the Office of Naval Research, the National Science Foundation, and the Keck Foundation.