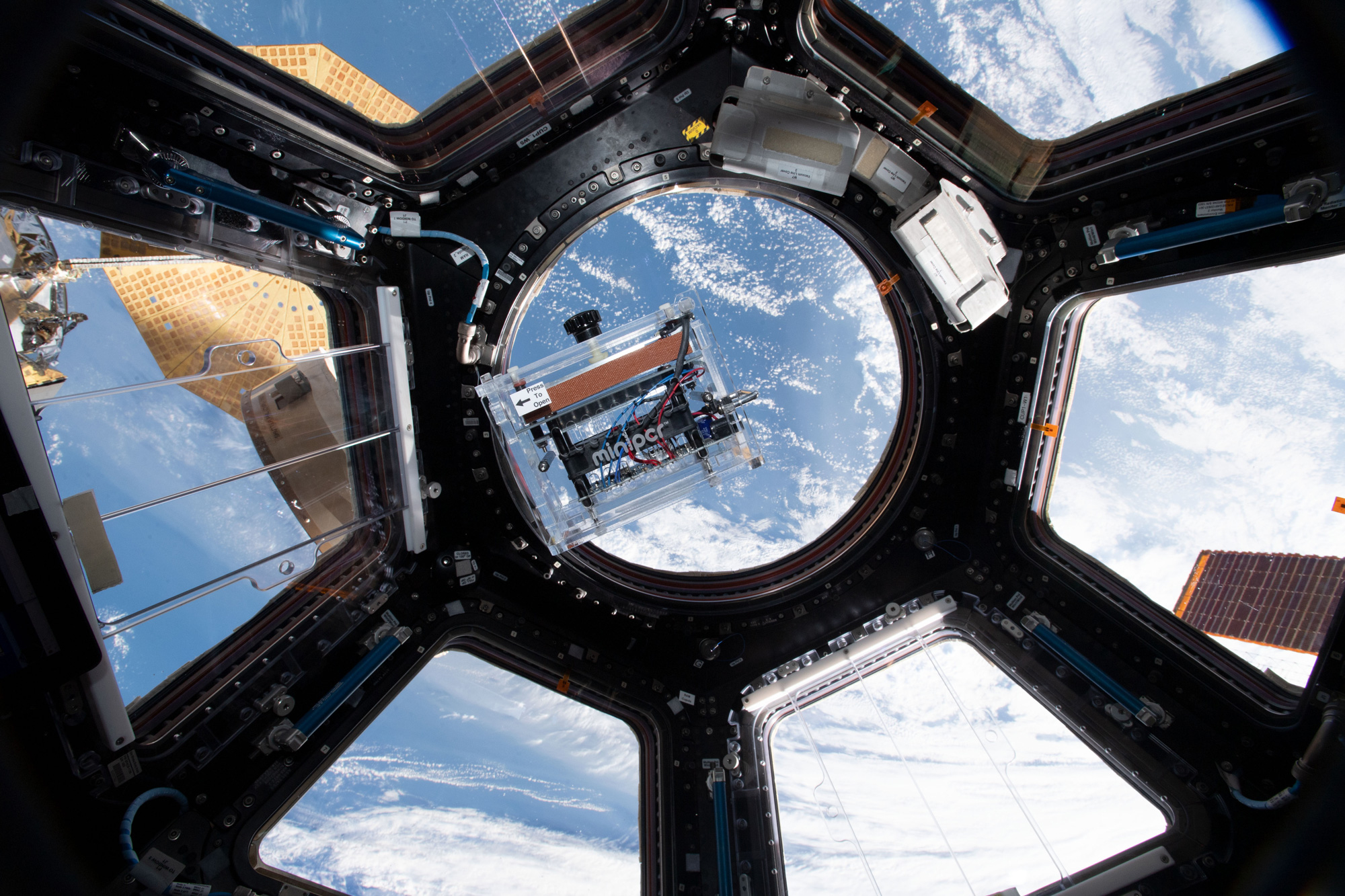 MiniPCR bio has sold thousands of its inexpensive polymerase chain reaction machines to researchers and schools around the world.

If you gave students around the world the power to study and manipulate genes in a test tube, what would they do with it?

Since then, the founders have been amazed at the amount of learning and research that has come from the devices.

Researchers have taken the machines into the Amazon rainforest, the deep oceans, and onto remote islands to do things like classify the DNA of the Ebola virus, sequence genes in endangered animals, and monitor for disease. Hundreds of thousands of students have used the machines for hands-on classroom experiments. The machines have even gone to the International Space Station as part of miniPCR bio’s Genes in Space initiative.

The space experiments are designed by middle and high school students as one of miniPCR bio’s projects in education, its main focus. To date, miniPCR bio has sold more than 20,000 of its machines to schools in 80 countries across the globe.

“I still find it shocking,” miniPCR bio’s co-founder Ezequiel Alvarez Saavedra PhD ’08 says of the company’s impact. “We get emails from teachers every week thanking us and telling us how much learning improved in the classroom because of our machine. I never would have thought this would happen.”

Alvarez Saavedra conducted thousands of experiments with PCR machines, which help researchers replicate specific pieces of DNA and RNA, as part of his PhD work at MIT studying the C. elegans worm. After completing his PhD in 2008, he wasn’t sure how to continue his research career, but he’d worked at MIT’s Hobby Shop in his free time and knew he liked building things, so he began working with a small engineering firm to design a simpler machine.

“I wasn’t thinking of starting a company at all,” Alvarez Saavedra says. “I just liked engineering and I was hoping to learn more about it.”

PCR machines work through a series of temperature changes. First, DNA is heated up inside the machine’s sample tubes. The heat breaks the DNA’s two strands apart. Then, during a cool down phase, molecules specifying the start and end point of the DNA that scientists want to replicate latch onto their targets. As the PCR machine heats the sample back up, an enzyme fills in the target section of DNA, matching the A nucleotides with Ts and the C nucleotides with Gs. The heat-cool-heat cycle is repeated over and over until millions of copies of the target section have been generated.

“PCR is really the workhorse of molecular biology,” Alvarez Saavedra says. “PCR lets you zoom into your region of interest — the starting material could be an entire genome or a small piece of DNA — and then do something with it. You can sequence it, for example, or you could remove a piece of it.”

Traditional PCR machines cost thousands of dollars and typically use thermoelectric cooling to change temperatures. MiniPCR’s machines, the most popular of which costs $650, use a fan and a thin-film heater, simplifying their design and making their operation far less energy-intensive.

Those changes make the machines cheap. They’re also far easier to use than their lab-based counterparts. A simple app lets users select what kind of experiment they want to run, and a temperature graph with animated depictions lets students and researchers follow along at every stage.

In 2013, Alvarez Saavedra partnered with Sebastian Kraves, a fellow Argentinian who’d earned his PhD at Harvard Medical School, to consider the best use case for the new invention. The co-founders decided to try expanding access to PCR machines for middle and high school students around the globe.

To show educators the machines for the first time, the founders attended a professional development training session for teachers at MIT.

“We showed it for 10 minutes and a teacher at the back of the room immediately said, ‘I want 10 of those,’” Alvarez Saavedra remembers. “We though okay, there’s something here.”

The founders ended up building the first 20 machines themselves, storing growing numbers of them in Ezequiel’s living room and basement until his wife suggested they find an office.

Fortunately, miniPCR bio was quickly gaining traction in the education space. Many schools buy batches of miniPCR machines for groups of students to work with directly.

“U.S. schools have been teaching PCR for years, but pretty much no one at the time had PCR machines,” Alvarez Saavedra says. “If a school did have a PCR machine, it would sit at the back of the classroom. When you’re teaching you want small groups of students doing experiments that allows each one to be more hands-on.”

As miniPCR bio’s impact on education scaled, it also gained a loyal following among researchers who appreciate the device’s low price point, efficiency, and suitability to travel to remote regions.

Researchers have run the machines off batteries charged with solar panels and done experiments without leaving the field. When one researcher was trying to sequence the Ebola virus in a makeshift lab in Sierra Leone, the miniPCR machines he’d brought to train lab technicians proved more effective than the traditional — far more expensive — PCR machines he’d brought for his work.

“It’s very nice to get reminded what you’re doing has an impact,” Alvarez Saavedra says.

Early on, the founders had the idea for students to design experiments for astronauts to run in space. The idea grew into a national competition held in partnership with Boeing that invites middle and high school students to propose pioneering DNA experiments that address challenges in space exploration. Finalist teams receive miniPCR machines for their schools, and winners get to see their experiments carried out in the International Space Station.

MiniPCR has done eight missions so far. The program is just one example of the miniPCR team’s ability to keep innovating. The company also offers inexpensive systems for visualizing DNA and enzymes. It’s also developed projects for running classroom experiments using gene editing and synthetic biology. The latter project, called Biobits, was codeveloped in the lab of Jim Collins, the Termeer Professor of Medical Engineering and Science at MIT.

Biobits gives students a hands-on introduction to synthetic biology by letting them create molecular factories that churn out brightly colored proteins, functional enzymes, and more. Ally Huang, a grad student in Collins’ lab who helped develop Biobits, joined the miniPCR team to help launch the first Biobits labs and has helped scale the program to classrooms across the country.

“We try to go where the exciting science is,” Alvarez Saavedra says. “With all these programs, it’s been crazy. You put it out and you start hearing from people in all these crazy places. In the beginning, this wasn’t even supposed to be a company. But it’s incredibly simple. I guess that’s the beauty of it.”