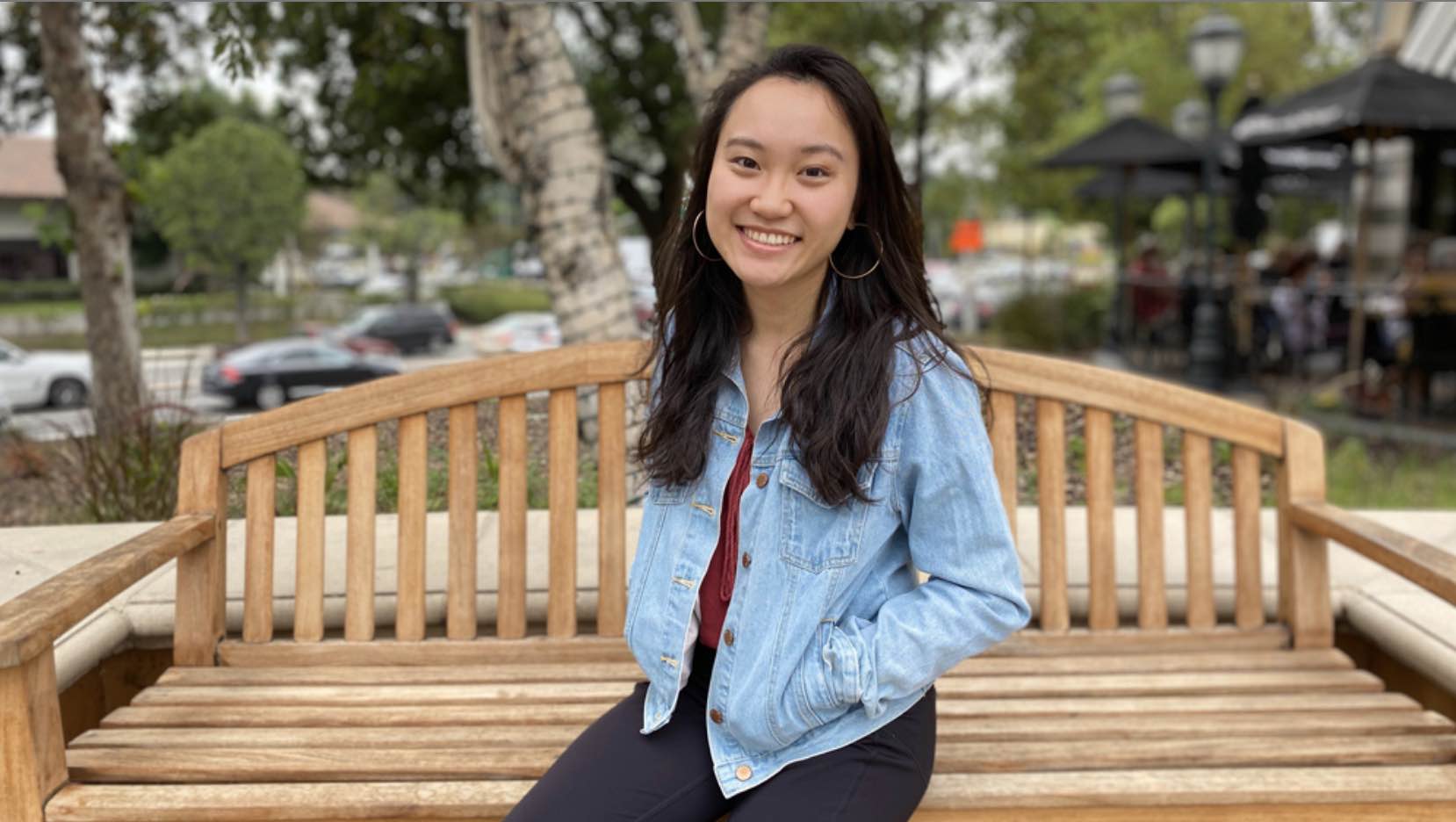 During her time at MIT, senior Ayesha Ng’s interests have expanded from cellular biology to the social systems that shape public health.

It was her childhood peanut allergy that first sparked senior Ayesha Ng’s fascination with the human body. “To see this severe reaction happen to my body and not know what was happening — that made me a lot more curious about biology and living systems,” Ng says.

She didn’t exactly plan it this way. But in her three and a half years at MIT, Ng, a biology and cognitive and brain sciences double major from the Los Angeles, California area, has conducted research and taken classes examining just about every level of human health — from cellular to societal.

Most recently, her passion for medicine and health equity led her to the National Foundation for the Centers for Disease Control and Prevention (CDC), where, this summer, she worked to develop guidelines for addressing health disparities on state and local health jurisdictions’ Covid-19 data dashboards. Now, as an aspiring physician amidst the medical school application process, Ng has a sense of how microbiological, physiological, and social systems interact to affect a person’s health.

Throughout her entire first year at MIT, Ng studied the biology of health at a cellular level. Specifically, she researched the effects of fasting and aging on regeneration of intestinal stem cells, which are located in the human intestinal crypts and continuously self-divide and reproduce. Understanding these metabolic mechanisms is crucial, as their deregulation can lead to age-associated diseases such as cancer.

“That experience allowed me to broaden my technical skills, just getting used to so many different types of molecular biological techniques right away, which I really appreciated,” Ng says of her time at the Whitehead Institute for Biomedical Research in Professor David Sabatini’s lab.

“After some time, I realized that I also wanted to also study sciences at a broader, more macro level, instead of only the microbiology and molecular biology that we were studying in Course 7,” Ng says of her biology major.

In addition to studying the biology of cancer, Ng had developed a curiosity about the human brain and how it functions. “I was really interested in that, because my grandpa has dementia,” Ng says.

Seeing her grandfather’s cognitive decline, she was inspired to become involved in MIT BrainTrust, a student organization that offers a social support network for individuals from around the Boston, Massachusetts area who have brain injuries. “We have these meetings, in which I serve as one of only one or two students there to facilitate a safe space where we can have all these individuals with brain injury gather,” Ng says of the peer-support aspect of the program. “They can really share their mutual challenges and experiences.”

To pursue her interest in brain research and the societal impact of brain injuries, Ng traveled to the University of Hong Kong the summer after her first year as an MIT International Science and Technology Initiatives (MISTI) China Fung Scholar. Working with Professor Raymond Chang, she began to examine neurodegenerative disease and used tissue-clearing techniques to visualize 3D mouse brain structures at cellular resolution. “That was personally meaningful for me, to research about that and learn more about dementia,” Ng says.

Returning to MIT her sophomore year, Ng was certain that she wanted to continue studying the brain. She began working on Alzheimer’s research at the MIT Picower Institute for Learning and Memory in the lab of Professor Li-Huei Tsai, the Picower Professor of Neuroscience at MIT. Much existing research into Alzheimer’s disease has been at the bulk-tissue level, focusing on the neurons’ role in neurodegeneration associated with aging.

Ng’s work with Tsai considers the complexity of alterations across genes and less-abundant cell types, such as microglia, astrocytes, and other supporting glial cells that become dysregulated in the brains of patients with Alzheimer’s. Considering the interplay between and within cell types during neurodegeneration is most intriguing to her. While some molecular processes are protective, other damaging ones simultaneously occur and can exist even within the same cell type. This intricacy has made the mechanistic basis behind Alzheimer’s progression elusive and the research that much more crucial.

“It’s really interesting to see how heterogeneous and complex the responses are in Alzheimer’s brains,” Ng says of the research program with Tsai, a founding director of MIT’s Aging Brain Initiative. “I really think about these potential new drug targets to improve treatment for Alzheimer’s in the future because I have seen, with my grandpa especially, how treatment is really lacking in the neurodegeneration field. There’s no treatment that’s been able to stop or even slow the progression of Alzheimer’s disease.”

Her research project in the Tsai Lab relies on a technology called single-nucleus RNA sequencing (snRNA-seq), which extracts the genomic information contained in individual cells. This is followed by computational dimension reduction and clustering algorithms to examine how Alzheimer’s disease differentially affects genes and specific cell types.

“With that project, we’ve been able to use single-nucleus RNA sequencing to really look at the brains of human Alzheimer’s patients,” Ng says. “And with the single-cell technology, we’re able to look at brain tissue at a much higher resolution, allowing us to see that there’s so much heterogeneity within the brain.”

After conducting more than a year of Alzheimer’s research and then taking a human physiology class in her third year, Ng decided to add a second major in brain and cognitive sciences to gain deeper insight specifically into how the nervous system within the body functions.

“That class really allowed me to realize that I really love organ systems and wanted to study by looking at more physiological mechanisms,” Ng says. “It has been really great to, at the end of my college career, really delve more into a very specific system.”

Having gained perspective on cellular and microbiology, and human organ systems, Ng decided to zoom out further, interning this past summer at the National Foundation for the CDC. She found the opportunity through MIT’s PKG Center, applied as one of 60 candidates, and was selected for a team of four. There, as a member of the CDC Foundation’s Health Equity Strike Team, she examined how to increase transparency of publicly available Covid-19 data on health disparities and how the narrative tied to health equity can be modified in public health messages. This involved harnessing data about the demographics of those most affected during Covid-19 — including how infection and mortality rates differ starkly based on social factors including housing conditions, socioeconomic status, race, and ethnicity.

“Thinking about all these factors, we compiled a set of best practices for how to present data about Covid-19, what data should be collected, and tried to push those out to help jurisdictions as best-practice recommendations,” Ng says. “That did really increase my interest in health equity and made me realize how important public health is as well.”

Amidst the Covid-19 pandemic, Ng is spending the first semester of her senior year at home with her family in the Los Angeles area. “I really miss the people and not being able to interact with not only other students and peers, but also faculty as well,” she says. “I really wanted to enjoy time with friends, and just explore more of MIT, too, which I didn’t always get the chance to do over the past few years.”

Still, she continues to participate in both BrainTrust and MIT’s Asian Dance team, remotely, through weekly practices on Zoom.

“I think dance is one of the biggest de-stressors for me; I had never done dance before going to college. Getting to meet this team and join this community allowed me not only to connect to my Asian cultural roots, but also just expose myself to this new art form where I could really learn how to express myself on stage,” Ng says. “And that really has been the source of relief for me to just liberate any worries that I have, and has increased my sense of self-awareness and self-confidence.”

Armed with the many experiences she has enjoyed at MIT, both in and out of the classroom, Ng plans to continue studying both medicine and public health. She’s excited to explore different potential specialties and is currently most intrigued by surgery. Whichever specialty she may choose, she is determined to include health equity and cultural sensitivity in her practice.

“Seeing surgeons, I personally think that being able to physically heal a patient with my own hands, that would be the most rewarding feeling,” Ng says. “I will strive to, as a physician, use whatever platform that I have to advocate for patients and really drive health-care systems to overcome disparities.”