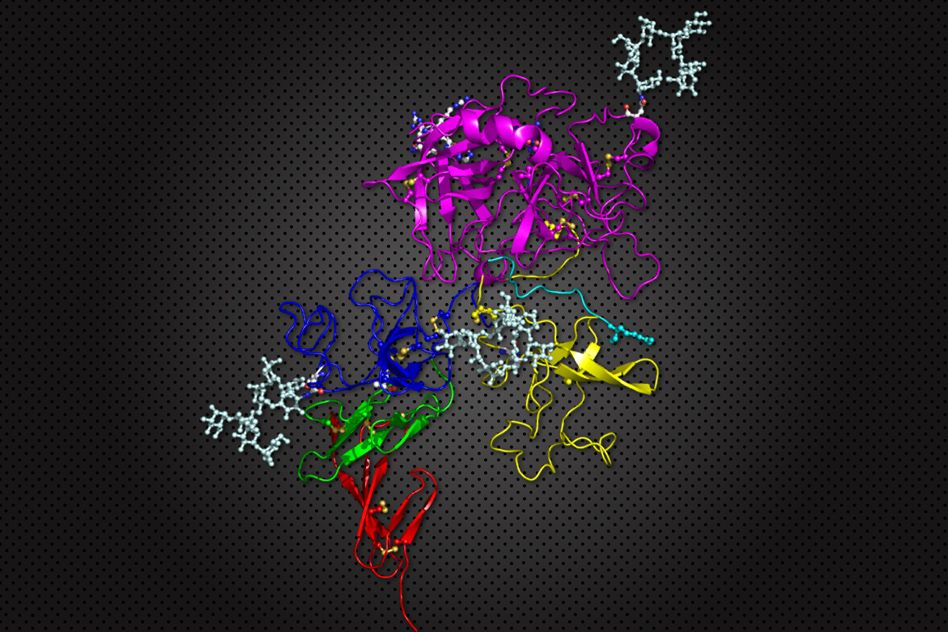 Three hospitals in Massachusetts and Colorado are developing plans to test this approach in severely ill Covid-19 patients. The drug, a protein called tissue plasminogen activator (tPA), is commonly given to heart attack and stroke victims. The approach is based on emerging data from China and Italy that Covid-19 patients have a profound disorder of blood clotting that is contributing to their respiratory failure.

“If this were to work, which I hope it will, it could potentially be scaled up very quickly, because every hospital already has it in their pharmacy,” says Michael Yaffe, a David H. Koch Professor of Science at MIT. “We don’t have to make a new drug, and we don’t have to do the same kind of testing that you would have to do with a new agent. This is a drug that we already use. We’re just trying to repurpose it.”

Yaffe, who is also a member of MIT’s Koch Institute for Integrative Cancer Research and an intensive care physician at Boston’s Beth Israel Deaconess Medical Center/Harvard Medical School, is the senior author of a paper describing the new approach.

The paper, which appears in the Journal of Trauma and Acute Care Surgery, was co-authored by Christopher Barrett, a surgeon at Beth Israel Deaconess and a visiting scientist at MIT; Hunter Moore, Ernest Moore, Peter Moore, and Robert McIntyre of the University of Colorado at Denver; Daniel Talmor of Beth Israel Deaconess; and Frederick Moore of the University of Florida.

In one large-scale study of the Covid-19 outbreak in Wuhan, China, it was found that 5 percent of patients required intensive care and 2.3 percent required a ventilator. Many doctors and public health officials in the United States worry that there may not be enough ventilators for all Covid-19 patients who will need them. In China and Italy, a significant number of the patients who required a ventilator went on to die of respiratory failure, despite maximal support, indicating that there is a need for additional treatment approaches.

The treatment that the MIT and University of Colorado team now proposes is based on many years of research into what happens in the lungs during respiratory failure. In such patients, blood clots often form in the lungs. Very small clots called microthrombi can also form in the blood vessels of the lungs. These tiny clots prevent blood from reaching the airspaces of the lungs, where blood normally becomes oxygenated.

The researchers believe that tPA, which helps to dissolve blood clots, may help patients in acute respiratory distress. A natural protein found in our bodies, tPA converts plasminogen to an enzyme called plasmin, which breaks down clots. Larger amounts are often given to heart attack patients or stroke victims to dissolve the clot causing the heart attack or stroke.

Animal experiments, and one human trial, have shown potential benefits of this approach in treating respiratory distress. In the human trial, performed in 2001, 20 patients who were in respiratory failure following trauma or sepsis were given drugs that activate plasminogen (urokinase or streptokinase, but not tPA). All of the patients in the trial had respiratory distress so severe that they were not expected to survive, but 30 percent of them survived following treatment.

That is the only study using plasminogen activators to treat respiratory failure in humans to date, largely because improved ventilator strategies have been working well. This appears not to be the case for many patients with Covid-19, Yaffe says.

The idea to try this treatment in Covid-19 patients arose, in part, because the Colorado and MIT research team has spent the last several years studying the inflammation and abnormal bleeding that can occur in the lungs following traumatic injuries. It turns out that Covid-19 patients also suffer from inflammation-linked tissue damage, which has been seen in autopsy results from those patients and may contribute to clot formation.

“What we are hearing from our intensive care colleagues in Europe and in New York is that many of the critically ill patients with Covid-19 are hypercoagulable, meaning that they are clotting off their IVs, and having kidney and heart failure from blood clots, in addition to lung failure.  There’s plenty of basic science to support the idea that this concept should be beneficial,” Yaffe says. “The tricky part, of course, is figuring out the right dose and route of administration. But the target we are going after is well-validated.”

The researchers will test tPA in patients under the FDA’s “compassionate use” program, which allows experimental drugs to be used in cases where there are no other treatment options. If the drug appears to help in an initial set of patients, its use could be expanded further, Yaffe says.

“We learned that the clinical trial will be funded by BARDA [the Biomedical Advanced Research and Development Authority], and that Francis Collins, the NIH director, was briefed on the approach yesterday afternoon,” he says. “Genentech, the manufacturer of tPA, has already donated the drug for the initial trial, and indicated that they will rapidly expand access if the initial patient response is encouraging.”

Based on the latest data from their colleagues in Colorado, these groups plan to deliver the drug both intravenously and/or instill it directly into the airways. The intravenous route is currently used for stroke and heart attack patients. Their idea is to give one dose rapidly, over a two-hour period, followed by an equivalent dose given more slowly over 22 hours. Applied BioMath, a company spun out by former MIT researchers, is now working on computational models that may help to refine the dosing schedule.

“If it were to work, and we don’t yet know if it will, it has a lot of potential for rapid expansion,” Yaffe says. “The public health benefits are obvious. We might get people off ventilators quicker, and we could potentially prevent people from needing to go on a ventilator.”

The hospitals planning to test this approach are Beth Israel Deaconess, the University of Colorado Anschultz Medical Campus, and Denver Health. The research that led to this proposal was funded by the National Institutes of Health and the Department of Defense Peer Reviewed Medical Research Program.