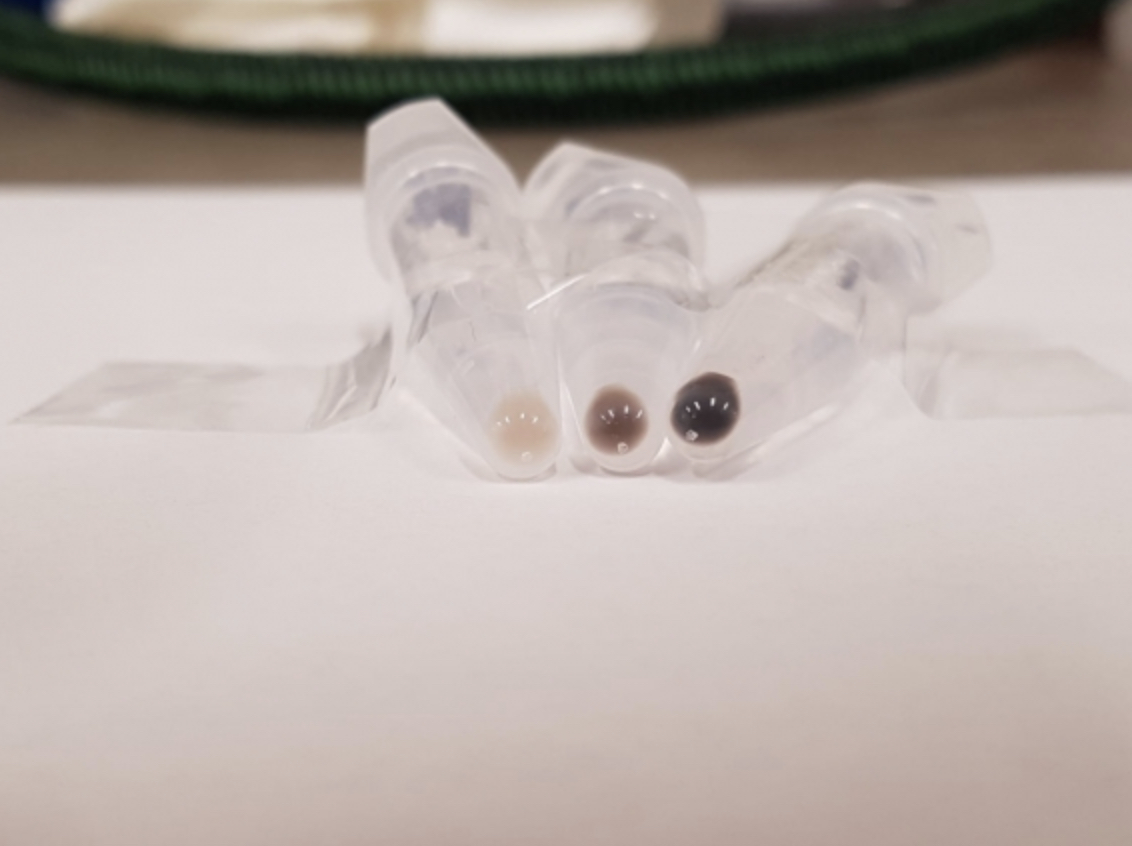 Melanosomes are the organelles, or structures, inside our cells, that produce melanin, the molecule that gives our skin, hair and eyes their color. Melanosomes produce several different forms of melanin, including black/brown coloration and yellow/red coloration, and the many variations in levels at which each coloration can be produced in an individual generate the wide variety of skin, hair, and eye colors in the world.

Many genes that have been associated with skin color encode proteins that are active in melanosomes, but their specific functions are unknown, leaving gaps in researchers’ understanding of the underlying biology of skin color. In order to help researchers get a more detailed understanding of melanosome biology, Whitehead Institute Member David Sabatini’s lab has developed a tool, called MelanoIP, with which researchers can rapidly and specifically isolate melanosomes from the cell and analyze their contents. Using this tool, researchers can uncover the identity of the proteins at work there and explain mechanistically how genetic variation contributes to differences in skin color. In research published in Nature on November 18, Sabatini and graduate student Charles Hank Adelmann unveil MelanoIP and explain how they used it to crack the identity of melanosome protein MFSD12.

MelanoIP is the latest in a series of tools based on a method that Sabatini, who is also a professor of biology at Massachusetts Institute of Technology and an investigator with the Howard Hughes Medical Institute, and collaborators developed to rapidly extract specific organelles from the cell for investigation. Sabatini and former graduate student Walter Chen first developed the method to isolate mitochondria. The process starts with researchers creating a tag that localizes to the organelle type of interest. Then they expose the contents of the whole cell to beads covered in antibodies that latch onto the tags, which pull the organelles with them when they are collected. The lab has since adapted this process to use on lysosomes, the recycling centers of the cell, and peroxisomes, organelles important in several metabolic processes—and now, melanosomes.

The first melanosome protein that Sabatini and Adelmann turned their attention to, MFSD12, was known to be linked to the production of red coloration or pheomelanin. When MFSD12 is suppressed, this leads to darker skin color in humans and mice, because the melanosomes are generating brown/black melanin but not any of the lighter red melanin. However, MFSD12’s exact role was unknown. Using MelanoIP, Adelmann discovered that MFSD12 is required for the import of the amino acid cysteine into melanosomes, which is a necessary component in red melanin synthesis. Adelmann’s research suggests that MFSD12 is itself the transporter, but further work is needed to confirm whether it works alone or in conjunction with other molecules.

One reason that the Sabatini lab picked the melanosome as the next organelle to apply their IP toolkit to is because of its close relation to the lysosome, one of the organelles for which the lab had already built such a tool. This close relation proved relevant in Adelmann’s research on MFSD12, when he discovered that the protein is also required for the transport of cysteine into lysosomes. People with the rare genetic disorder cystinosis are affected by the buildup of cystine, another form of cysteine, in lysosomes. Adelmann found that by inhibiting MFSD12, and preventing cysteine from entering lysosomes, he could reverse the buildup of cystine in cells with the genetic mutation linked to cystinosis, suggesting a potential therapeutic use for MFSD12 inhibitors.

Adelmann is now turning his attention to cracking the identity of more of the proteins active in melanosomes and uncovering more of the biology underlying variation in skin color.