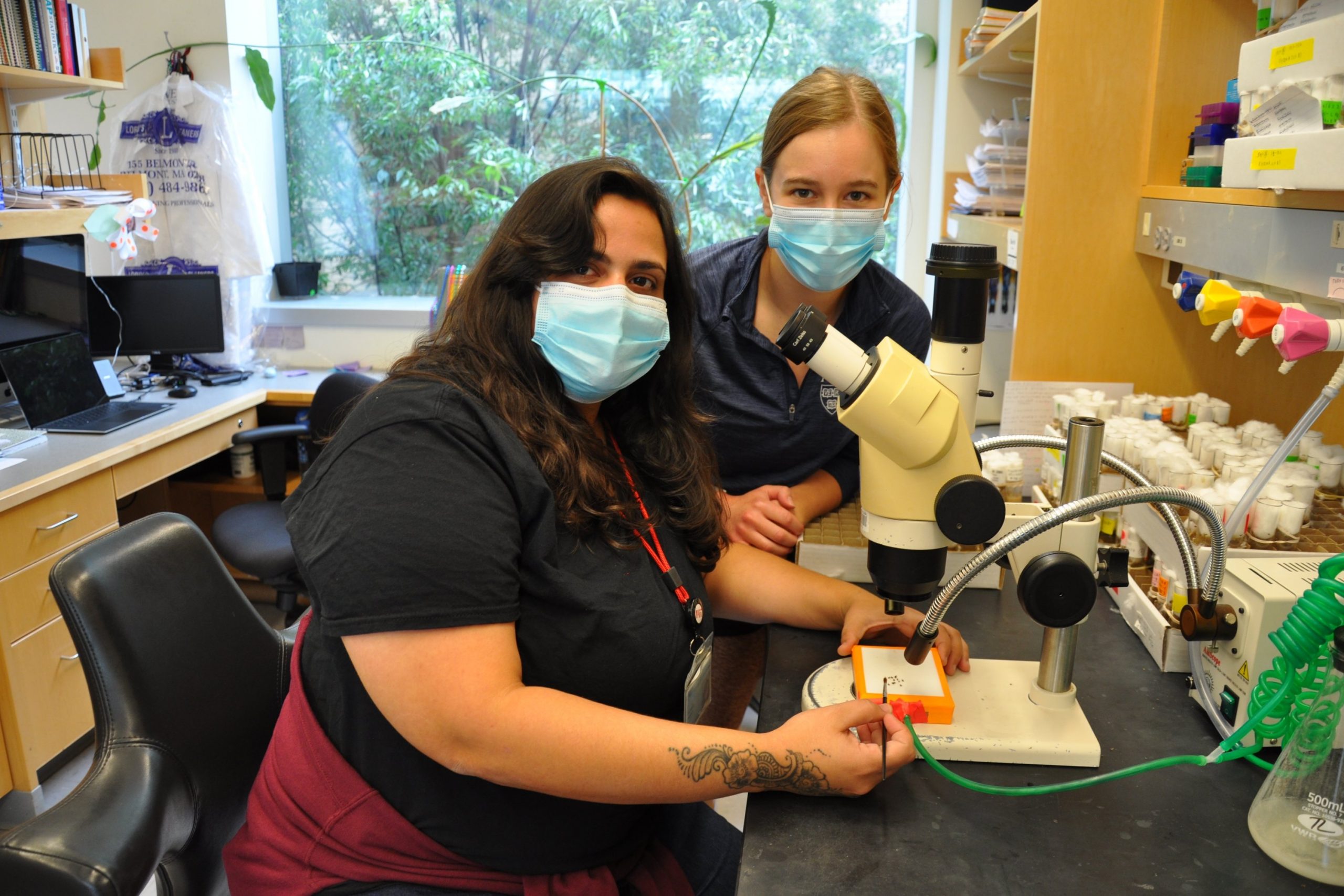 Through a summer research program at MIT, Patricia Pujols explored the neuromuscular junction, and a future in science.

Patricia Pujols grew up in the city of Ponce, Puerto Rico, fascinated by documentaries she had seen about human behavior and psychology. She wanted to learn the molecular roots of things like memory, love, hate, happiness, and anger. Despite her early curiosity, becoming a scientist and studying these phenomena didn’t seem like a possibility.

“Where I grew up, people didn’t really encourage me to study science,” she says. Instead, she initially pursued a career in accounting. “Later on, after the death of my father, I realized life is short. I prefer to do the thing that I love and am passionate about. And for me, that is teaching and learning science.”

With a strong network of mentors to inspire and push her, Pujols is now well on her way to becoming a scientist. She has a semester left in her undergraduate degree at Universidad Central de Bayamón in Puerto Rico, where she is pursuing a major in neuroscience and a minor in psychology. After she graduates, she plans to earn a PhD. This summer, she was part of the MIT Summer Research Program in Biology (MSRP-Bio), which invites non-MIT undergraduate science majors to the Institute for 10 weeks of summer research.

“MSRP-Bio is designed for students like Patricia, who are driven and passionate about science, with limited access to research at their own institution and ready for a challenging and rigorous research experience at MIT that will prepare them for graduate school and open a lot of doors,” says Mandana Sassanfar, the Department of Biology’s director of outreach. “In addition, the program greatly facilitates access to MIT faculty and graduate students and provides a strong community-building component to give students a sense of belonging.”

Pujols arrived at MIT through the guidance of one of her undergraduate professors, molecular neuroscientist Ramon Jorquera. Jorquera worked with Pujols back in Puerto Rico, and is now at the Universidad Andrés Bello in Santiago, Chile.

“He was the first person to invite me to a research lab,” Pujols says. “He has helped me a lot with everything, with gaining confidence, with my English language skills, and with seeing that I can really do this.”

Years ago, Jorquera worked as a fellow in the lab of Troy Littleton, the Menicon Professor of Biology at MIT and the Picower Institute for Learning and Memory. It was Jorquera who encouraged Pujols to apply to a research program at the University of North Carolina at Charlotte several summers ago, and then to apply to MSRP-Bio. Now, just like her mentor, Pujols is working in the Littleton lab to answer crucial questions about human behavior.

“This year, while pairing candidates, Patricia was sort of an obvious match for us in terms of her prior research and interests,” Littleton says. “The major interest of my lab is to really understand how neurons talk to each other within the nervous system. The ability of neurons to rapidly communicate drives our behavior, ability to learn, and to remember. That biology all occurs at specific sites known as synapses, where neurons connect with each other.”

Problems in synapse formation or function contribute to the progression of brain disorders and diseases including Alzheimer’s, Parkinson’s, schizophrenia, and many others.

“All of our work is built around genetics,” Littleton says. “We do manipulations where you take out a gene or alter its coding a bit and see how things change. This allows us to piece together how the individual proteins at synapses work to allow neurons to effectively talk to each other.”

To conduct their work, the Littleton lab uses Drosophila melanogaster, the common fruit fly whose genome is well-characterized and is widely used as a genetic model system. After removing a piece of genetic code, they can image the fly’s synapses to see if there was a change in the alignment of the synaptic chemical receptors. They also test if the synapses’ ability to actually transmit and receive chemical messages has changed.

This summer, Pujols is studying the neuromuscular junction, a particular type of synapse where a motor neuron communicates with a muscle cell. This communication enables movement.

In mammals, the motor neuron (the sender, in this case), secretes a protein called agrin that helps to align the key components of the synapse. Agrin is important for organizing acetylcholine receptors in the synapse. Acetylcholine is a neurotransmitter released from motor neurons that is essential for movement. Mutations in agrin in humans can therefore cause muscular dystrophies and various autoimmune disorders.

To address this question, Pujols has spent her summer removing perlecan from either the sending motor neuron or the receiving muscle cell in Drosophila, and examining how synapse formation and clustering of glutamate receptors is altered. Pujols is working closely with PhD candidate Ellen Guss in a partnership she calls “the best experience ever.”

Both Littleton and Pujols stress the importance of mentorship in the journey to becoming a scientist. When he was an undergraduate at Louisiana State University, Littleton spent a summer at the University of Florida, working with a scientist whose guidance shaped him. That summer was one of his most influential experiences as a scientist, he says.

At MIT, Pujols says, “I stepped out of my comfort zone and strengthened my skills. MSRP gave me all the tools I needed to have an enriching experience in science, as well as the opportunity to meet colleagues that I will remember for the rest of my life.”

To other students thinking of pursuing a career as a scientist, Pujols says, “don’t be afraid.”

“You will get a lot of opinions about what to do, that it’s too difficult, or you don’t have the potential, or some other negative thing,” Pujols says. “I think the most important thing is that you do what you love, even though maybe you are going against the current. You don’t want to have regrets.”