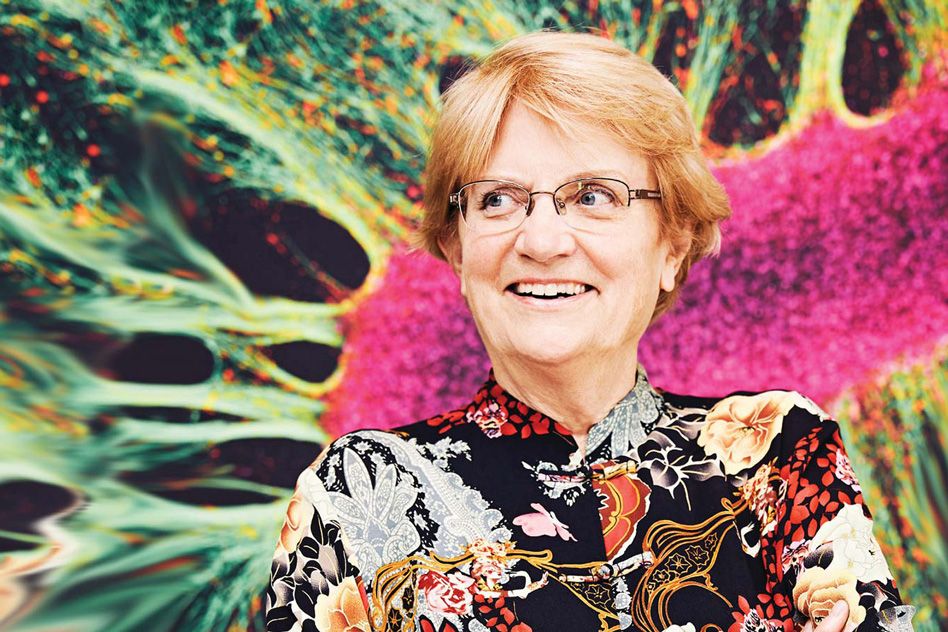 Great progress has already been made in reducing the cancer death toll through prevention, according to a new article in the June 25 issue of Genes and Development by MIT Professor Emerita Nancy Hopkins and colleagues from the Broad Institute, Fox Chase Cancer Center, University of Texas M.D. Anderson Cancer Center, and Oxford University. The potential for further reduction is great for two reasons, these researchers say: If these approaches can be more widely applied, in principle about half of current U.S. cancer deaths could be prevented over the next two to three decades; and new discoveries about how cancer develops could help scientists develop even better prevention and screening methods. MIT News spoke with Hopkins, the Amgen Inc. Professor of Biology Emerita, about why this is an exciting time for cancer research.

Q: What does your new article reveal about the impact of cancer prevention and early detection?

A: We’ve described how researchers are integrating the dramatic advances in understanding the molecular biology of cancer to explain long-known facts about how lifestyle choices and factors in the environment affect how cancers arise, and how they progress to become detectable tumors.

Prevention and early detection have already had a tremendous impact on reducing U.S. cancer death rates. In the cancer prevention community, it is well-known that about half of current U.S. cancer deaths could, in theory, be prevented over the next two to three decades simply by the full uptake of proven methods of cancer prevention. This important fact is not as well appreciated by the larger cancer research community. This is not a fault of the cancer researchers; it simply reflects the reality that after years of investment and growth, the field of cancer is very broad, with most people working in areas of specialty.

Given the difficulties in treating established cancers, preventing many cancers entirely would obviously produce a quantal leap in reducing U.S. cancer death rates. But in addition, we believe that recent progress in understanding the molecular mechanisms that underlie cancer, and new technologies associated with these advances, could also lead to novel approaches to preventing cancer, detecting it at earlier stages when treatment is often far more successful, or even intercepting the progression of incipient cancers before they develop into tumors.

Q: What interventions have had success preventing cancer, and what promising new approaches are on the horizon?

A: Spectacular examples of preventing cancers from arising in the first place (formally called “primary cancer prevention”) include (1) successful efforts that reduced smoking rates in the United States (from over 40 percent in the 1960s to about 15 percent today) and that have led to a decline in the incidence of lung cancer and a dozen or more other types of cancer caused by smoking; (2) vaccines for cancer-causing viruses, including hepatitis B virus (a cause of liver cancer) and papilloma viruses (the cause of cervical, head and neck, and several other cancers); (3) clean air and water acts and safer workplace laws in the United States that have prevented workers as well as the general population from exposure to high concentrations of certain industrial chemicals known to cause cancer; (4) the development of drugs to cure hepatitis C infection, which are expected to prevent the development of liver cancer in the future; (5) campaigns such as the one in Australia to prevent skin cancers (particularly melanoma) by behavioral changes related to sun exposure.

As for promising new approaches to primary cancer prevention, the fuller uptake of proven methods of prevention is obviously one way to ensure a dramatic decrease in U.S. cancer death rates in the next two to three decades. This would require a greater investment in public health measures. As our article outlines, we are only now coming to understand the mechanisms by which factors such as obesity, inflammation, and some lifestyle choices synergize with long-appreciated risk factors to promote cancer. Based on this improved understanding, prevention could also be aided by research into new drugs, for example to prevent nicotine addiction or to intercept cancer progression by targeting inflammation. Exciting, too, is the possibility that DNA sequencing of cancer genomes may help to identify additional external causes of cancers based on the “mutational signatures” they leave in our DNA after exposures. If so, these agents may prove to be removable or avoidable in future.

We also discuss a second type of intervention to prevent cancer. This is screening, sometimes referred to as “secondary cancer prevention,” which can detect precancers and cancers at an early enough stage to remove them completely or treat them much more successfully. Spectacular successes to date include the Pap test that has greatly reduced deaths from cervical cancer in the United States and elsewhere; newer molecular tests focused on HPV-virus detection have proven similarly effective and are now replacing traditional Pap tests which require expert pathologic interpretations, making screening more widely available. A second success is colonoscopy, which has been enormously successful at detecting precancerous polyps and early-stage colon cancers that can be removed through the endoscope, or detected earlier when they’re more likely to be responsive to treatment. Additionally, other less-invasive methods of colon cancer screening are readily available and highly effective. Also successful has been mammography in combination with follow-up treatment. Along with greatly improved treatment, it is credited with contributing to the declining death rate from breast cancer.

Q: What types of new screening methods do you believe could help to further improve early detection of cancer?

A: Many of the most successful screening methods are for cancers that develop on body surfaces and hence can be detected by visual inspection. Imaging can be hugely successful for cancers that lie deeper in the body — breast for example — but imaging that becomes more and more sensitive can identify many abnormalities that may not be cancer at all. This can lead to costly and invasive testing of what are sometimes referred to as “incidentalomas.” Much needed are novel methods of screening that may combine imagining with other markers to make it possible to distinguish true cancers from noncancerous aberrations occurring in internal organs.

The holy grail of cancer screening would be blood tests to detect early-stage cancers, and many efforts are now directed to this goal. This is an extremely exciting time for the emergence of powerful molecular diagnostics that can help pinpoint very early-stage tumors. Some of these rely on relatively noninvasive methods, such as measurement of DNA signatures found in the blood. Widespread availability and demonstrated effectiveness of such methods would greatly enhance the field of secondary prevention, but there remain substantial challenges and it is not yet known if this approach will succeed. Also very exciting are methods being developed by bioengineers here at MIT and in other places to try to amplify other signals arising from tumors that may be difficult to detect otherwise and include, for example, completely noninvasive urine-based tests.

After decades of effort, cancer is gradually coming under control thanks to prevention and early detection, improvements in “conventional” cancer treatment (imaging, surgery, radiation, chemotherapy, and some adjuvant therapies), and novel approaches to treatment based on immunotherapy and more personalized drugs. But it is likely that for now, the full implementation of proven methods of prevention offers the most reliable approach to large-scale reduction of U.S. cancer deaths. Meanwhile, research into novel mechanism-based approaches to preventing the initiation and progression of cancer may one day prevent the majority of cancers from occurring in the first place.